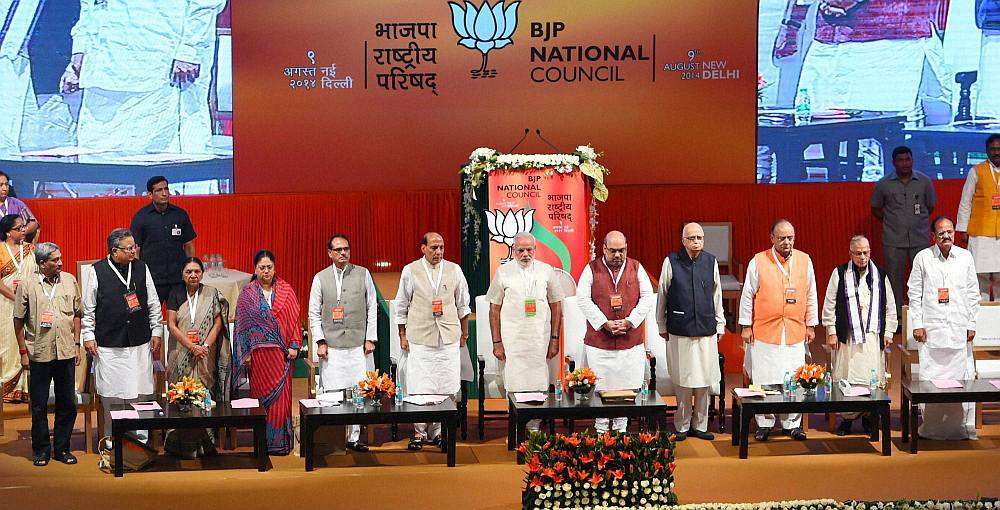 The generational shift in BJP was complete today with its founders Atal Behari Vajpayee, L K Advani and Murli Manohar Joshi being dropped from the Parliamentary Board, the highest decision-making body, which has the stamp of Prime Minister Narendra Modi all over now.

In a token gesture, ailing Vajpayee and Advani and Joshi, for long the BJP's 'Trimurti', now figure in the new five-member 'Margdarshak Mandal' (guiding group) after being associated with the party for nearly four decades.

The two have also been included in BJP's Central Election Committee, which decides on the party candidates to be fielded in elections.

Vajpayee, who had faded away from public life since about a decade back due to his ill health, had however been retained as NDA Chairman. Advani was the Working Chairman of NDA before the Mori era.

Former BJP Mahila Morcha President Saroj Pandey, who was an ex-officio member of this Committee, has been replaced with Vijaya Rahatkar the new Mahila Morcha chief who was earlier the former Aurangabad Mayor.

The restructuring of the BJP Parliamentary Board and its Central Election Committee heralds the generation shift in the party by infusing young blood.

The changes appear to be in line with the party's notional principle of having a cut-off age of 75 years which has been applied for inclusion of leaders in the Union Cabinet.

86-year-old Advani has shared an uneasy relationship with Modi in the recent past.

He openly revolted when Modi was named as the chief of party's election Campaign Committee on June 9 last year and resigned from all key posts in protest. He took back the resignation a day later on persuasion by senior party leaders.

Several of BJP's other elder leaders who had contested the Lok Sabha elections have been appointed Governors.