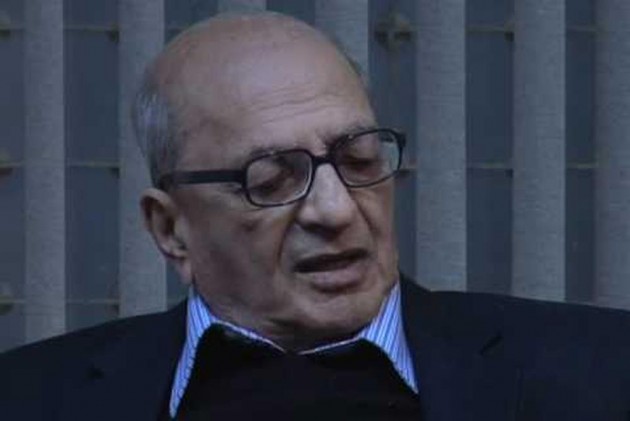 Eminent journalist Inder Malhotra, who helmed a string of top publications and was an accomplished political commentator, passed away today at the age of 86.

He was admitted to a city hospital on May 18 and breathed his last at 2:55 PM today following a cardiac arrest, his son Anil Revri said.

President Pranab Mukherjee and Vice President Hamid Ansari condoled the demise of Malhotra, one of the finest journalists of contemporary times.

"In his death, the nation has lost a veteran journalist who served as a role model for others in the profession," said Mukherjee.

Malhotra began his career at the United Press of India news agency and went on to hold editorial positions at leading dailies.

Malhotra was Editor of The Times of India, New Delhi from 1978-86. Before that he worked for The Statesman for 15 years, first as the Political Correspondent and Chief of the Bureau and then as Deputy Editor.

He has given lectures widely, both in India and abroad, including at all major universities in the United States and the UK

In his later years, Malhotra turned a columnist for various publications and offered deep insights into India's political history through his writings, most notably through his column 'Rear View'.

Malhotra's cremation will be held around 11 AM at Lodhi Road electric crematorium tomorrow. He leaves behind his son Anil while his wife, Rekha Malhotra, a former classical dancer, died in 2007.

As the news of his death came, intellectuals, journalists and political leaders took to social media to express their condolences.

Historian Irfan Habib tweeted that Malhotra was witness to several political ups and downs and commented on most of them "dispassionately".

"I am blessed to have been guided by Inder Malhotra at The Statesman, my 1st job. He was a 24×7 journalist, a pillar of 4th Estate. RIP Inder," tweeted journalist and BJP leader Chandan Mitra.

CPI(M) General Secretary Sitaram Yechury tweeted, "Sad to hear of the passing away of veteran journalist Inder Malhotra. He was insightful & an encyclopaedia of political events."

Read his stories in Outlook: