Veteran US Diplomat Holbrooke Passes Away 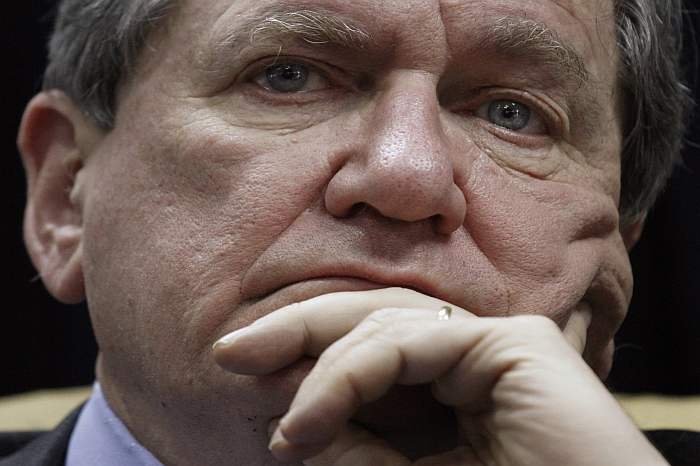 In this Jan. 17, 2010, file photo, Richard Holbrooke, U.S. special envoy to Afghanistan and Pakistan, listens to questions during a questions and answers session in Kabul, Afghanistan.
AP Photo/Musadeq Sadeq, File

Print
A
A
A
increase text size
Outlook December 14, 2010 10:52 IST Veteran US Diplomat Holbrooke Passes Away

outlookindia.com
-0001-11-30T00:00:00+0553
Richard Holbrooke, the US special envoy for Afghanistan and Pakistan and one of America's most experienced and feisty diplomats, died early today after he underwent surgery for a torn aorta.

Holbrooke, 69, whose aggressive approach on foreign policy issues earned him nicknames such as "Bulldozer", "Raging Bull" and "Dynamite", was admitted to George Washington University Hospital here on Friday after he fell ill and collapsed at the State Department.

Doctors found a tear to his aorta, the large artery that takes blood from the heart, and he underwent a 21-hour surgery. He had additional surgery on Sunday and remained in very critical condition until his death. He was pronounced dead after medics failed to revive him.

Mourning the death of Holbrooke President Barack Obama described him as "a true giant of American foreign policy" who made the country stronger, safer and more respected.

Obama said Holbrooke, who hit the spotlight for brokering the 1995 peace agreement that ended three years of war in Bosnia, was "a truly unique figure who will be remembered for his tireless diplomacy, love of country and pursuit of peace."

His death comes on the eve of the crucial monthly Af-Pak situation room meeting at the White House to which he was a permanent fixture in this Administration. The annual Af-Pak review is scheduled to be announced Thursday, in which he played a key role.

A seasoned diplomatic troubleshooter, Holbrooke, who was appointed Obama Administration's special representative for Afghanistan and Pakistan since 2009, deserves credit for much of the progress in the two countries, Obama said.

At the time of his death, Holbrooke had near him, his wife Kati, his sons David and Anthony, his step-children Elizabeth and Chris Jennings, his daughter-in-law Sarah, and the rest of their family.

Acknowledging the role of Holbrooke in the present Af-Pak policy, Obama said the progress that the US has made in Afghanistan and Pakistan is due in no small measure to Richard's relentless focus on America's national interest, and pursuit of peace and security.

"He understood, in his life and his work, that our interests encompassed the values that we hold so dear.

And as usual, amidst his extraordinary duties, he also mentored young people who will serve our country for decades to come," Obama said.

"One of his friends and admirers once said that, If you're not on the team and you're in his way, God help you.

Like so many Presidents before me, I am grateful that Richard Holbrooke was on my team, as are the American people," Obama said.

Obama said Holbrooke was simply one of the giants of American diplomacy. "I know that everyone here joins me when I say that America is more secure— and the world is a safer place— because of the work of Ambassador Richard Holbrooke," the US President said.

Secretary of State Hillary Clinton, said Holbrooke is a fiercer friend and a beloved mentor and an invaluable counselor.

"He has been a friend of mine for many years and I am deeply grateful for his presence and support. When I came to the State Department, I was delighted to be able to bring Richard in and give him one of the most difficult challenges that any diplomat can face," she said.

He immediately put together an absolutely world class staff. It represents what we believe should be the organizational model for the future – people not only from throughout our own government, but even representatives from other governments all working together, she said.

"We know that with Richard, loyalty runs deep and it runs both ways. So tonight, our thoughts and prayers are with Ambassador Holbrooke, his wife Kati, their family, who are here with us as well," Clinton said. True to form, she said Holbrooke was a fighter to the end.

Richard Holbrooke has been a giant of the diplomatic corps for almost 50 years, Clinton said adding that he is practically synonymous with American foreign policy of that time period.

"He's taken on the hardest assignments, from Vietnam to the Balkans to Afghanistan and Pakistan. And this week, his doctors are learning what diplomats and dictators around the world have long known: There's nobody tougher than Richard Holbrooke. He's a fierce negotiator. I'm sure there are some shoulders here tonight that are still a little bit sore from his arm-twisting," Clinton said.

"He touched so many lives and helped save countless more. He was a tireless negotiator, a relentless advocate for American interests, and the most talented diplomat we've had in a generation," said US Vice-President Joe Biden.

"From brokering the Dayton Peace Accords that ended the war in Bosnia, to serving as the US Special Representative for Afghanistan and Pakistan, his knowledge and experience was immense and his insight into global affairs was indispensable.

My thoughts and prayers are with his family," said Steny H Hoyer, the House Majority Leader.

"Wherever chaos and violence threatened American interests and human lives for nearly a half century, wherever there was a need for courage and insight, Richard Holbrooke showed up for duty," Kerry said.