We Are Separating, Not Divorcing: Anurag and Kalki 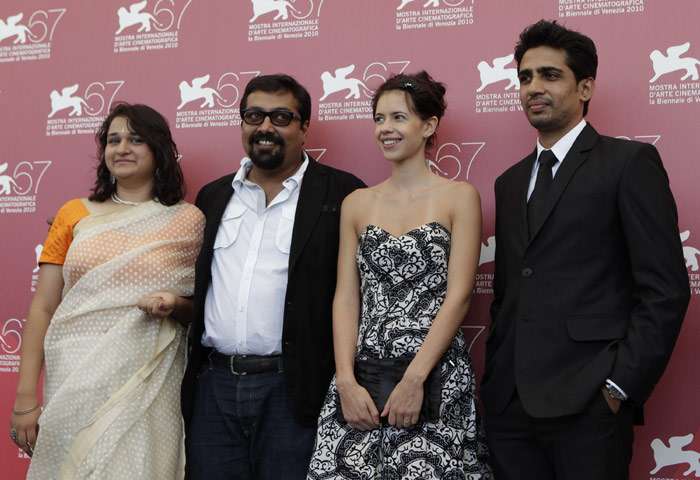 Print
A
A
A
increase text size
Outlook November 13, 2013 18:07 IST We Are Separating, Not Divorcing: Anurag and Kalki

Director Anurag Kashyap and his actress wife Kalki Koechlin have announced that they are taking time apart from their more than two-year-old marriage.

The couple, whose marriage was said to be in trouble, issued a joint statement today asking for privacy and to deny that they were divorcing.

"Me and Kalki are separating, we are taking time off from each other to figure things out. We are not divorcing. We request the media to please respect our privacy and give us our space and not speculate. Thank you, Kalki and Anurag," the statement from the couple read.

Kalki, 29, who is an Indian of French descent, and Kashyap, 41, noted for his films Black Friday, Gulal' and Gangs of Wasseypur, met and fell in love while working on Dev D in 2009.

The two finalised their romance by getting married in April 2011.

Anurag was previously married to Aarti Bajaj with whom he has a daughter while it is Kalki's first marriage.