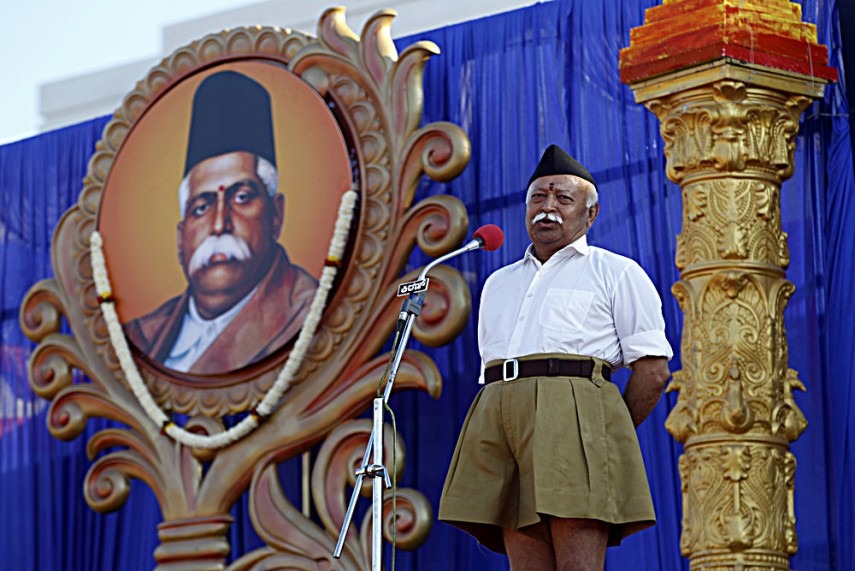 The Shiv Sena, ruling partner of the BJP at the Centre and in Maharashtra, today said it may take an "independent" stand in the presidential election.

The pro-Hindutva party also said it would continue to press for the candidature of RSS chief Mohan Bhaghwat for the highest office.

"We may take an independent stand over casting our vote in the upcoming presidential election. We have time and again reiterate that we do not find anyone other than (RSS chief) Mohan Bhagwat more capable of fulfilling the Hindu rashtra (nation) dream," Sena spokesperson Sanjay Raut said.

Despite being the oldest ally, Shiv Sena had embarrassed BJP in the 2012 presidential poll by backing the UPA candidate Pranab Mukherjee while the saffron party supported P A Sangma for the post.

Shiv Sena chief Uddhav Thackeray had met Prime Minister Narendra Modi in April and termed him an "elder brother", signalling a thaw in the frosty ties between the two saffron allies.

With presidential election round the corner, the BJP is hopeful of securing the support of the Sena's contingent of 18 MPs and 63 MLAs. The BJP's oldest pro-Hindutva ally has seen playing the hard ball over the issue so far.

Toughening its stand on the farmers' agitation in Maharashtra, Raut asked the BJP to relinquish power if it could not solve the grievances of the agriculturists and if it felt offended by the Sena's stand on loan waiver.

"There are lot of differences between the Sena and the government over farmers' issues. If the BJP cannot solve the problems being faced by farmers and if they find our stand to be troublesome, they should forgo power then," he said.

Yesterday, making light of the Sena ministers' absence at the cabinet meeting, state Finance minister Sudhir Mungantiwar of the BJP said that they did not boycott the cabinet meet but sought permission not to attend it, which the chief minister had granted.

He also said that since Thackeray was not in town, his views on farm loan waiver issue could not be sought.

Taking a dig at Mungantiwar's remarks that Thackeray's views will be sought after he returns from his foreign tour, Raut said even Prime Minister Narendra Modi is on a foreign tour while there is a severe agrarian crisis in the country.