'Will The Temple Be Built in Pakistan, If Not India?' Giriraj, Bharti Demand Construction of Ram Temple in Ayodhya 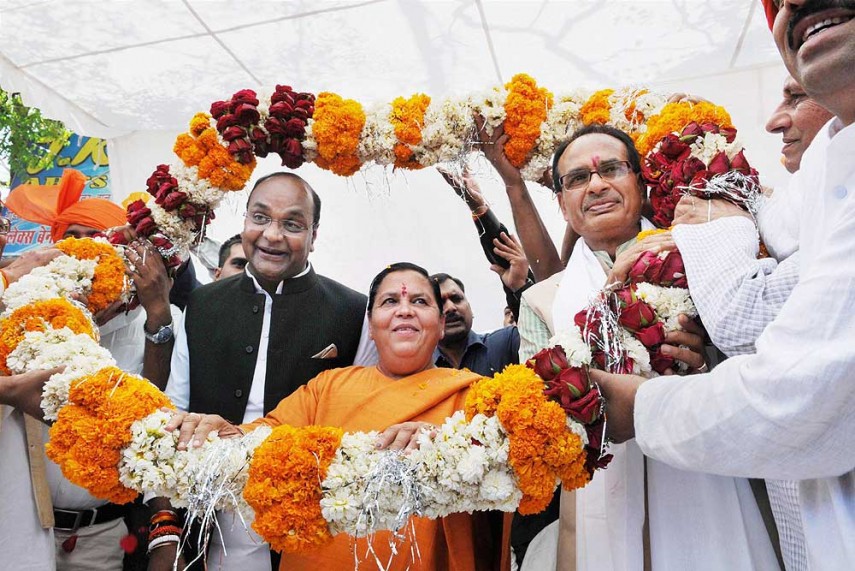 Print
A
A
A
increase text size
Outlook March 21, 2017 19:00 IST 'Will The Temple Be Built in Pakistan, If Not India?' Giriraj, Bharti Demand Construction of Ram Temple in Ayodhya

Union minister and hardline Hindutva leader Giriraj Singh today wondered that if the Ram Temple is not built here, would it be built in Pakistan and, along with another Union minister Uma Bharti, demanded construction of the temple at the disputed site in Ayodhya.

They were reacting to the Supreme Court suggestion of an out-of-court settlement on the "sensitive" issue.

"All (parties) should take the initiative now. Lord Ram is at the centre of faith of crores of Hindus. Muslims should also come forward, let there evolve a cordial atmosphere," Singh said.

"Will the temple be built in Pakistan or Bangladesh, if not in India? I am confident that the minorities will take the issue forward in a cordial manner," he added.

Bharti, who was associated with the Ram Janmabhoomi Andolan in the 1990s, insisted that the issue of ownership of the disputed site be settled through talks. She said whosoever owned the land should proffer it to Lord Ram as a "gift".

"There can't be a bigger gift than this...We should arrive at a solution which will be remembered for thousands of years," she said.

Bharti also suggested that a "huge" Ram temple be built at the site on the lines of the Somnath temple in Gujarat.

The apex court said today that fresh attempts must be made by all the parties concerned to find a solution to the dispute which is a "sensitive and sentimental matter".

A bench headed by Chief Justice J S Khehar said such religious issues could be solved through negotiations and offered to mediate in order to arrive at an amicable settlement to the dispute.

Continue FREE with Ads Pay Rs. 1 to Read Without Ads
READ MORE IN:
Uma Bharti Giriraj Singh National
Next Story : My Govt Will Work For All, Says UP CM Adityanath in LS
Download the Outlook ​Magazines App. Six magazines, wherever you go! Play Store and App Store