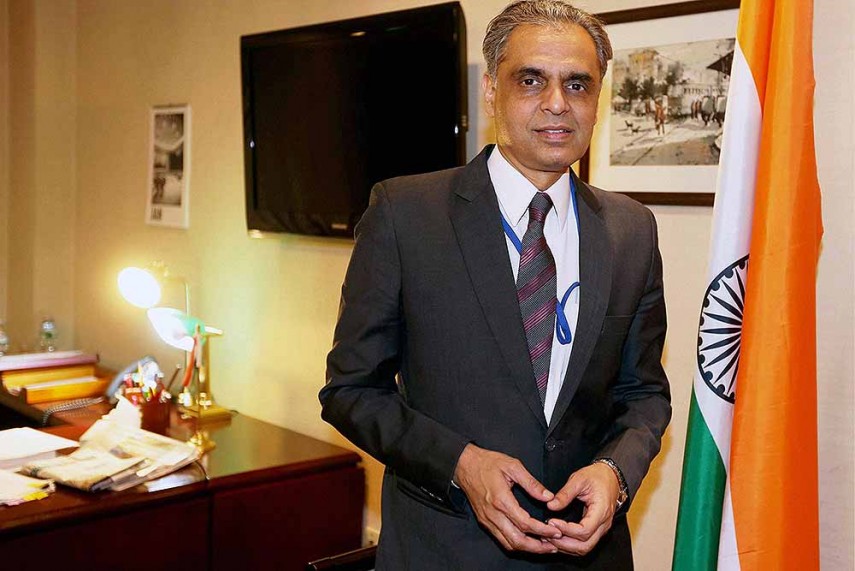 Pakistan's months-long efforts to internationalise the Kashmir issue at the UN have not found any resonance with nations at the world body that are focuser on combating the growing scourge of terrorism, a top Indian diplomat has said.

India's Permanent Representative to the UN Syed Akbaruddin said that what is finding resonance among the international community is the terror threat that India is facing and not what Sharif focussed on his speech - the issue of Kashmir.

"If 131 nations have spoken in the General Debate so far, 130 have not referred to the primary issue that Pakistan has raised. So what does that mean," he told reporters yesterday.

He said "90 per cent" countries that have spoken at the high-level week of the 71st UN General Assembly session have stressed that terrorism is a primary concern for them, adding that India is gratified by the support it is getting with countries increasingly standing up and voicing their support to deal with the menace of terrorism.

Akbaruddin pointed out that in the plethora of bilateral meetings and multilateral engagements that Minister of State for External Affairs M J Akbar held on the sidelines of the General Assembly session, "there was resonance" of India being a victim of terrorism and of solidarity with it.

"The resonance of India being a victim of terrorism, India tackling terrorism diligently has gone way beyond distance. In all bilateral meetings, including with Sri Lanka, there has been resonance and immediate response" on the attack on the army base in Uri, he said.

Citing the example of Akbar's meeting with leaders of the Community of Latin American and Caribbean States (CELAC), bloc geographically far from India, the envoy said the participants in that meeting expressed their solidarity with India over the Uri attack and voiced concern over the rise of terrorism.

He said during the meeting of SAARC foreign ministers, Akbar raised the issue of terrorism and how India is countering that. The minister thanked all those who expressed support and condolences to India on the tragic Uri incident.

When asked if the ministers from India and Pakistan had any exchange at the meeting, Akbaruddin said the meeting was a luncheon and "they were all at the table".

Ministry of External Affairs spokesperson Vikas Swarup said, "the whole world and the entire nation" is waiting to hear from External Affairs Minister Sushma Swaraj who will deliver India's national address at the UNGA on September 26.

Swarup did not elaborate on elements of Swaraj's address but said "you can expect a continued focus from India on the theme of terrorism which is today undoubtedly the single biggest challenge to international peace and security."

Swaraj is expected to give a stinging response to Pakistan Prime Minister Nawaz Sharif's UNGA speech, in which he focused elaborately on Kashmir. (Reopens FGN 8)

India's strong Right of Reply to Sharif's speech called Pakistan home to the "Ivy League" of terrorism and a "terrorist state" that commits "war crimes" by using terrorism as an instrument of state policy.

With a growing call among the international community to put in place a stronger mechanism to combat terrorism, Akbaruddin said India is considering all options, including "voting" to ensure that the seminal Comprehensive Convention on International Terrorism is brought into force asserting that the will of the majority cannot be continuously blocked by a limited number of countries.

He said the Comprehensive Convention on International Terrorism, an initiative that India launched in 1996 to fight against terrorism has seen "enormous" forward movement except for what would be the exclusion from the definition of terrorism.

"That is the debate. As far we are concerned given the crescendo of support in the General Debate, there is a majority that exists in support of that effort. The issue is only a procedural one of how do we convert that majority into a legal document," he said.

Akbaruddin added that usually legal documents are arrived at by common agreement among all and while that has been the effort so far, it has worked.

"If it requires, we will consider how to move this ahead even if it requires voting. The issue is we will take that call at a time of our choosing. We have waited for this for long, we are considering all options and voting is an option which we will not close.

"Ultimately in democracies and in democratic organisations, the will of the majority cannot be continuously blocked by a limited number of countries who have objections to one small finite part or the other," he said.

He explained that there are several elements in the exclusion clause, and there are some who would like to remove some exclusions even as they want the CCIT to be stronger.

The Indian envoy added that India is confident if put to a vote, based on what has been talked so many times that there is a large majority in support of that convention.

"It's only a call that we have to take that at what stage do we convert that majority into a general agreement in the UN process," he said.

Akbaruddin said reform of the Security Council will also be the focus of India in the current UNGA session.

"This is an ongoing effort. That effort is plugged into our greater approach of having a resurgent India on the global platform," he said.