Would Have Been Better Had BJP Given Tickets To Muslims In Uttar Pradesh, Says Mukhtar Abbas Naqvi 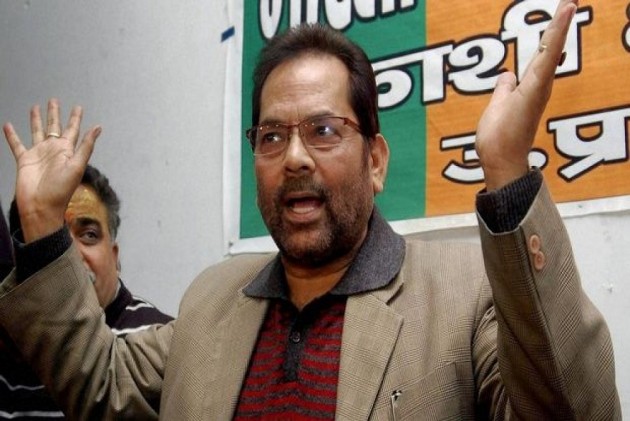 Print
A
A
A
increase text size
Outlook February 27, 2017 16:06 IST Would Have Been Better Had BJP Given Tickets To Muslims In Uttar Pradesh, Says Mukhtar Abbas Naqvi

It would have been better if the BJP gave tickets to Muslims for the ongoing Uttar Pradesh Assembly polls, Union Minister Mukhtar Abbas Naqvi on Monday said.

He, however, said the BJP believes in taking along all the sections of the society and the community will be adequately compensated after the party forms government in the state.

"As far as tickets are concerned, it would have been better (if tickets were given to Muslims).

"We will address their concern by compensating them when we form government in the state," Naqvi said, without elaborating in what ways the party will deal with the issue.

The minister said the NDA government's performance should not be assessed in the light of the BJP not offering tickets to Muslims.

"The BJP believes in taking along all the sections of the society. We formed government at the Centre with cooperation of all. Similarly, we will form government in the state...," he said.

Home Minister and senior BJP leader Rajnath Singh had on Thursday reportedly said that Muslims should have been given tickets.

The BJP has not fielded even a single Muslim candidate in the state, which has sizeable Muslim population and is considered crucial in the country's electoral politics.

The fifth round of polling is underway for 51 assembly constituencies spread across 11 districts of the state.