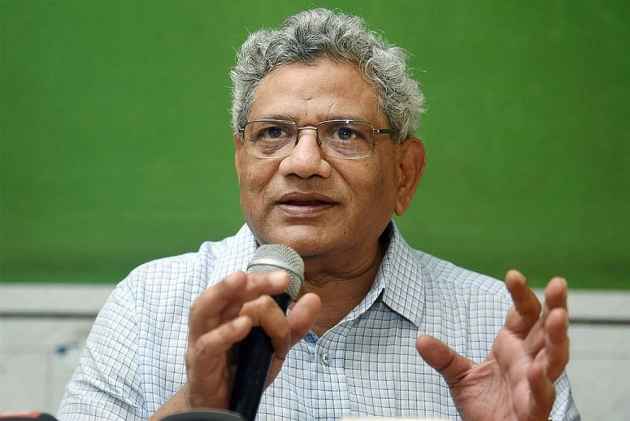 With the Communist Party of India (Marxist) (CPM) general secretary Sitaram Yechury getting heckled by the Hindu Sena activists yesterday, senior party leader Prakash Karat condemned the incident and said that the party would counter such actions.

"We condemn this incident. This hasn't happened for the first time as earlier as well such attacks were see in the CPI office. We will not tolerate it and will counter it," Karat told ANI.

High drama was witnessed at Yechury's press conference, where two Hindu Sena activists were hauled by the police for heckling and allegedly trying to manhandle him.

However, they were immediately brought down and carted away by the police.

The Delhi Police detained Upendra Kumar and Pawan Kaul at the Mandir Marg Police Station for protesting against the CPI (M) for their article against the Indian Army.

During the press conference, which went ahead without any interference, Yechury continued to tear into the Centre over the violence in Mandsaur, Madhya Pradesh, where five protesting farmers were killed in alleged gunfire by security forces. (ANI)