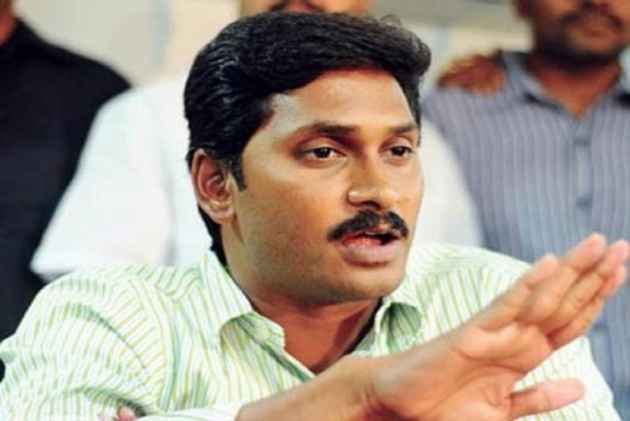 Y S Jaganmohan Reddy-led YSR Congress has virtually released its manifesto for the 2019 Andhra Pradesh elections promising among other things to make the state liquor-free in a phased manner.

Delivering the valedictory address at the YSRC's two-day plenary at Nagarjuna Nagar yesterday, the YSR Congress president asked the party rank and file to take the newly-coined slogan "Anna Vastunnadu...Bhavishyattu Manade" ('Elder brother is coming, future is ours') to every household in the state.

Reddy, currently the Leader of Opposition in the state Assembly, announced a nine-point agenda for his future government wherein he promised a slew of sops to farmers, women, students and pensioners.

"The future is ours. Once I become Chief Minister, I will bring back the golden rule of our late leader (and his father) Y S Rajasekhara Reddy. Tell this to everyone in the state and ask them to be assured of it.

"I have a strong desire to become the chief minister. I want to rule (the state) for 30 years in a manner that will make every household keep my picture, along with that of my late father, after my demise," Reddy said.

He said liquor prohibition would be enforced in three phases, beginning with the complete eradication of belt shops (unauthorised vends in villages), followed by a vigorous campaign listing the ills of liquor consumption.

"Simultaneously, we will increase liquor prices to such a level that only crorepatis will be able to buy it. And then we will ban liquor completely in the state," Jagan said.

He said the social security pensions would be enhanced to Rs 2,000 per beneficiary from the current Rs 1,000.

The YSRC chief accused incumbent Chief Minister Chandrababu Naidu of "betraying" the state after making "false promises" ahead of the 2014 elections.

"A case in point is the loan waiver for farmers. Though the farmers' debt burden was over Rs 87,000 crore, Chandrababu waived only Rs 11,000 crore and even that amount was not fully paid (to banks). But, as soon as I become CM, I will distribute Rs 50,000 to each small and marginal farmer holding less than five acres of land," he said.

Reddy said a Price Stabilisation Fund with Rs 3,000 crore and a Calamity Relief Fund with Rs 2,000 crore would be created to aid farmers in distress.

He also said the women self-help groups would be given Rs 15,000 crore.

At the plenary, Reddy formally announced the appointment of Prasanth Kishor as the political strategist of his party.

"Like he helped Narendra Modi become Prime Minister in 2014, Kishor will guide us to victory in 2019," he told his party cadre.