The Other Side Of India's Reforms 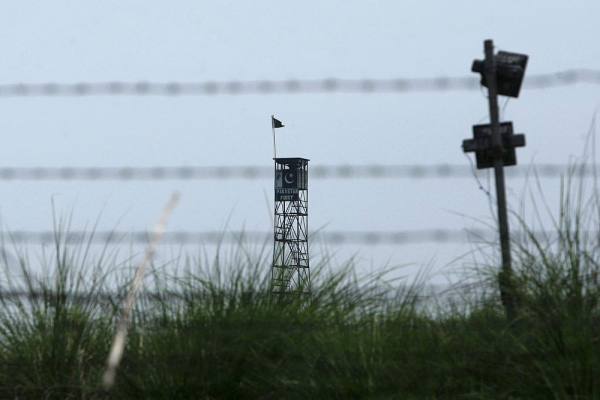 The Most Dangerous Place On Earth

A nuclear armageddon in the making at the India-Pakistan border

A study of Modi's reception at London’s Wembley Stadium shows how shrewdly the BJP hides its political agenda with a non-political mask.

In League With The Cops

Two-thirds of the alcohol consumed in India originates in the illegally brewed hooch, the English term for desi liquor, officially called tharra.

In Syria and Iraq, ISIS exploits power voids, frustrations over minority rights, and Sunni-Shia divide. Obama’s call for inclusiveness will not work

Washington’s policies in the Middle East have proven a grim imperial comedy of errors and increasingly a spectacle of how a superpower is sidelined.

Will the Iran Nuclear Deal thrive or wither? The world has a narrow window of opportunity for a deal on Iran’s nuclear research

No One Listens To The Sole Superpower

Ever fewer countries, allies, or enemies, are paying attention, much less kowtowing, to the once-formidable power of the world’s last superpower. The list of defiant figures is lengthening.

The military coup in Egypt has divided the Middle East and North Africa while creating bizarre new bedfellows.

Turkey’s prime minister failed to grasp the essence of democratic behaviour and the potency of social media in a country of 74 million with 66 million mobile phone subscribers and 32 million internet connections.

The Alliance From Hell

How the U.S. and Pakistan became a classic example of a dysfunctional nuclear family of international relations

The mere fact of Iran hosting the NAM summit – attended by all 120 members, a quarter represented by their heads of state, but also most of its 21 observers – contradicts the Western-inspired notion of its diplomatic isolation.

Is Partition A Solution?

There are overarching parallels between the British Raj in India and the French Mandate in Syria. Following footsteps of India and Pakistan, Damascus may find peace in partition

The defiance with which Saeed has treated the US threat has highlighted the power of the Pakistani street, an integral part of the country’s politics

A Strategy For Disaster

The widely expected release of the latest round of funds from the Pentagon’s CSF will raise total U.S. military aid to Islamabad since 9/11 to $14.2 billion, two-and-a-half times the Pakistani military’s annual budget