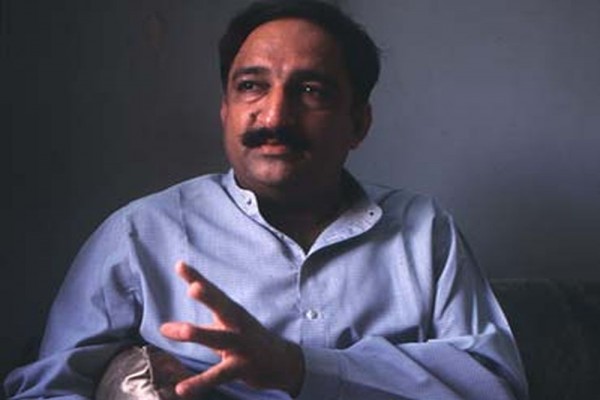 "This fresh evidence must be treated with due respect. An inquiry must be ordered by the Supreme Court. It should be monitored by the court because of the sensitivity of the matter and the attempts to cover it up," Congress spokesperson Tom Vadakan said.

The witness -- name not disclosed -- said he met Shaikh in 2002 and became good friends with him and his wife Kausar Bi and his associate Tulsi Prajapati.

"Congress cannot fight the BJP and Narendra Modi politically. Defeat stares them in the face... they have so far tried various methods of falsely implicating Narendra Modi..., Amit Shah..., and other important BJP leaders"

Jagruti Pandya, wife of the late BJP leader Haren Pandya, who is contesting the elections as a candidate of the Gujarat Parivartan Party, is back in the news

The wife of late Haren Pandya will be the candidate for Keshubhai Patel’s GPP from her husband's old seat Ellisbridge, making it a BJP bastion in peril.

The Road to Maximum Terror

The JuD is arguably the best-organised political force in Punjab. Dismantling its infrastructure will prove a formidable challenge to Pakistan, even if the State does, indeed, decide it wishes to take that course. Failure to compel Pakistan to act, h

Terrorist violence was down in J&K in 2007 but it was paralleled by a shift in the Pak-backed Islamist terrorists' focus to the heartland from Varanasi, Lucknow and Faizabad in Uttar Pradesh, Ajmer in Rajasthan, Hyderabad in Andhra Pradesh and Panipa

They are not Pakistani. They are educated Indians. And their jihadi motivation stems from the anger against the Israel and the US, and not Kashmir, Babri Masjid or Gujarat.

Apart from a stinging critique of Hindutva, the declaration by this newly announced and formed Muslim group in Mumbai is remarkable for confronting and addressing the contentious issues that are flung like so much confetti on Muslims in India at larg