Throughout his rule, he was a stalwart US ally, a bulwark against Islamic militancy and guardian of Egypt's peace with Israel.

I pity him. The man has indeed talked himself into a corner on Syria. The need to act has become paramount. A politician’s nightmare.

Whether it is a resignation or 'waiving the office or powers of the President', Mubarak is gone from office for ever. It is time to discuss what next under the leadership of the Supreme Council of the Armed Forces 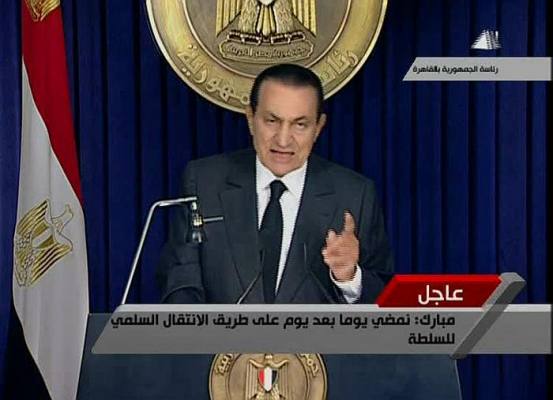 '...ever accept to hear foreign dictations,' he said. But it was clear: after raising hopes, he was saying he ain't quitting till September

The dictator stands on the balcony addressing the crowd, when suddenly from below a chorus of “Down With The Tyrant!” swells up. For a moment, the dictator is speechless, moving his lips noiselessly, then he disappears... 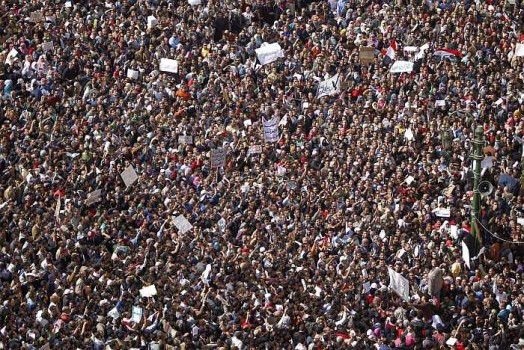 The spreading scent of Jasmine: Tunisia acted as a spark for the Egyptian flame. With Yemen and Jordan following, the old order is ending. What's next?

The Tragedy Is Not Over

Even if the end is clear. The Egyptian army is, needless to say, part of this equation.