Portrait Of A Lama As A Spy

However ludicrous the claim that the Karmapa is a Chinese agent may be, the doubts expressed at the highest levels of Indian society are a matter of concern with serious repercussions for the Tibetan community in India 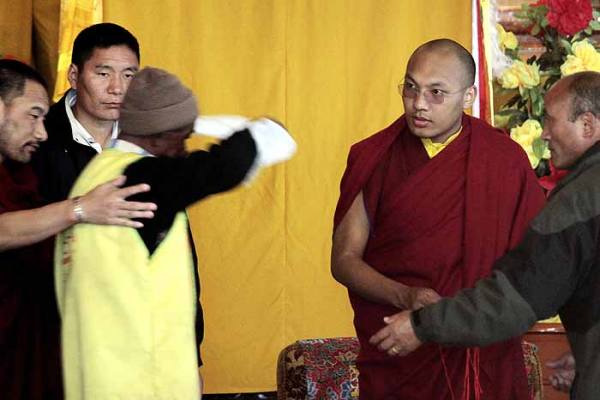 Sections of the media have gone to town with allegations of the Karmapa being a Chinese spy. This is a sensitive issue which needs to be handled firmly but with care

In Tibet's Hour Of Need

Post the earthquake in the Qinghai Province, the birthplace of the Dalai Lama, Tibetan monks appeal that he be allowed to visit to "offer salvation for our dead and prayers for the victims."

A Case for Policy Review: written by a former president of Tibetan Youth Congress, this was written in March 2000 but remains ever so relevant even today

And Where's The Panchen Lama?

No, we won't ask, who — for we know—or Hu, will we? Does the government of India intend to ask for his release or wonder aloud why the CCP is spending so much time and energy to make the Tibetans accept its nominee as the genuine Panchen Lama?

Prime Minister Narendra Modi being greeted by Uttar Pradesh CM Yogi Adityanath during inauguration of a fertilizers factory, AIIMS and other projects, in Gorakhpur.

Prime Minister Narendra Modi addresses a public meeting during dedication of a fertilisers factory to the nation and launch of various development projects, in Gorakhpur.