A story doesn’t cease to be a story just because it doesn’t suit somebody’s preferred narrative. 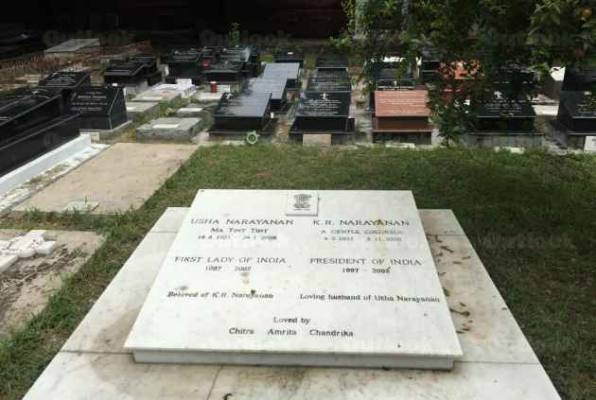 Ashes Of KR Narayanan Was Given A Second Christian Burial, Admits Daughter

The remains of India’s first Dalit President, who was cremated according to Hindu rituals, were later buried in a Christian cemetery

'Guard Our Tradition Of Tolerance'

Full text of President Narayanan's passionate advocacy of minority rights and the suffering "silent majority" with extensive quotations from Nehru and Vivekananda and the need for Hindus "to speak out in the traditional spirit of the Hindu religion".

'Terrorism And Dialogue Cannot Go Together'

Full text of the president's speech to the joint session of the parliament spelling out the government's stand on a host of issues - from terrorism and organised crime to Ayodhya, J&K, and the reform agenda for the Budget 2002-03...

Full text of the President K.R. Narayanan's address to the nation on the eve of the Republic Day.

Address To The Nation

Address to the nation by the President of India, Shri K.R. Narayanan on the eve of Independence Day-2001

Volunteers participate in an event to pay tribute to victims on the 37th anniversary of 1984 Bhopal gas tragedy, in Bhopal.

Boat anchored along the shore in view of Cyclone Jawad, in Puri.

Travellers arriving from Banglore stand in a queue to get tested for COVID-19, in wake of the SARS-CoV-2 variant Omicron, at Central Railway Station, in Chennai.