Caught on the back foot by the humiliating backfiring of their fantastical Meerut scenario, it is now the turn of unethical media and ‘social science’ votaries to pitch in

While some question my motives in seeking information on Rahul Gandhi's foreign trips, others say that parting with such information will jeopardize his security. Really?

What's There To Hide?

The venom and aggression with which Congress leaders are responding to a simple question first regarding Mrs Sonia Gandhi and now regarding Mr Robert Vadra proves yet again, if any proof were required, that Congressmen and women are convinced there i

The disdain with which Anna Hazare was treated for his praise of Modi’s rural development work in Gujarat shows that many of the “civil society" lack even elementary norms of civility even towards their own leaders.

I fail to understand why almost every commentator, every TV anchor, every editorial writer feels compelled to pay ritual obeisance to the “personal honesty and integrity” of Dr Manmohan Singh 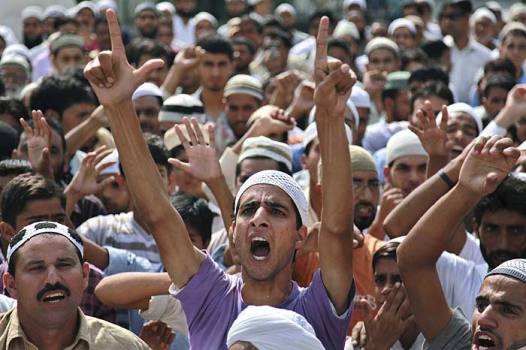 Show That We Care

It is time that we, as citizens of India, show that we stand by the people of Jammu and Kashmir in their hour of grief; that they are an inseparable part of the unique tapestry of diversity and plurality that is India

It is incomprehensible why the PM had to revive the issue of autonomy instead of letting new solutions emerge out of the dialogue process, when most Kashmiris have outgrown the autonomy demand.

If the CRPF and the army are the main face of Indian democracy in Kashmir, we should not be surprised at repeated outbursts of anti-India sentiments

This open letter to Sharad Yadav was published on June 16, 1997. It remains as relevant today in pointing out how the Yadavs' opposition in the name of caste is a mere bogey. There are far more serious issues at stake.

The Women’s Reservation Bill, in its present form, has serious, indeed fatal, flaws. If enacted, this measure will send our already tottering political system into a devastating tailspin.

Every Breath We Take

Why is the government aggressively attacking and destroying inexpensive eco-friendly technologies and promoting pollution-friendly ones? Are we obliged to repeat all the mistakes that the West committed in its pursuit of economic growth?

A bench of the Supreme Court recently said: “When you say it is the world’s oldest profession and when you are not able to curb it by laws, why don’t you legalise it?” Really?

An Open Letter To Yasin Malik

A true commitment to non-violence should not be conditional and fragile. Gandhi did not say: "Give India independence or else I will unleash terrorist brigades on you." That was Jinnah’s method, not Gandhi’s.

Why The Police Fails To Combat Terrorism

Terrorists strike once in a while and at random whereas the police terrorise and extract bribe every day from the very people who could act as their "eyes and ears" -- street vendors, rickshaw pullers, rag pickers and other urban poor...

The founder-editor of Manushi details how and why taking up the battle on behalf of street-vendors has resulted in a series of violent attacks by mafia elements on her and several of her organisation's volunteers and staff, disrupting the publ