If the Mossad had been asked to sketch the worst possible Iranian leader Israel could imagine, they would have come up with someone like Hassan Rouhani 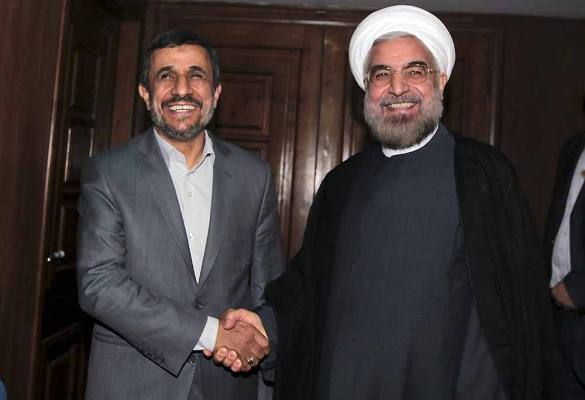 Rouhani’s election signals a desire within Iran for a person at the helm of Iran’s day-to-day conduct of foreign policy who has the diplomatic skills to engage with the rest of the world, especially the major powers.

'There Were Three Viewpoints'

'Some segments within the U.S. government orchestrated the attack to reverse the declining American economy and its grips on the Middle East in order also to save the Zionist regime. The majority of the American people as well as other nations and p

Can Two Walk Together?

It could be argued: if Ahmadinejad behaves like a Mossad agent, Avigdor Lieberman behaves like an agent of Iranian intelligence. I don't say so, God forbid. I really don't want to be sued for libel.

'In Iran, We Don't Have Homosexuals, Like In Your Country'

But he just brazenly side-stepped many questions, invited all and sundry to Iran and then added: "In Iran, when you invite a guest, you respect them. This is our tradition, required by our culture. And I know that American people have that culture, a

'Is This What You Call Freedom And Upholding The Freedom Of Thought?'

Lee Bollinger's speech, said the Iranian prez, "was an insult to information and the knowledge of the audience present," as he went on to repeat and rephrase what he called were his two questions as an academic: on holocaust and the nukes.

To The President Of The USA

'Liberalism and Western style democracy have not been able to help realize the ideals of humanity. Today these two concepts have failed. Those with insight can already hear the sounds of the shattering and fall of the ideology and thoughts of the lib