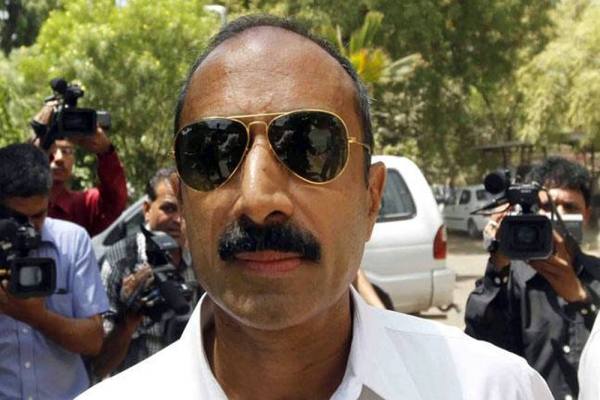 Sanjiv Bhatt had on Tuesday moved the apex court, challenging a Gujarat High Court order which had denied his request to summon additional witnesses for examination during the trial.

"Congress cannot fight the BJP and Narendra Modi politically. Defeat stares them in the face... they have so far tried various methods of falsely implicating Narendra Modi..., Amit Shah..., and other important BJP leaders"

The nomination of Shweta Bhatt, wife of suspended IPS officer Sanjiv Bhatt, from Maninagar in Ahmedabad against Gujarat chief minister Narendra Modi seems to have rattled him

'Report in compliance to the order of the Hon'ble Supreme Court of India in the complaint dtd 08.06.2006 of Smt Jakia Nasim Ahesan Jafri'

'The Offences Which Can Be Made Out Against Shri Modi...'

'His Life Is Under Threat'

'A Pathetic Subversion Of The Constitution And The Rule Of Law'

'The vindictive action of the Gujarat government in arresting Sanjiv Bhatt, senior IPS officer, is nothing short of an attempt to intimidate an important witness in the Zakia Ahsan Jafri and CJP criminal complaint against chief minister Narendra Modi

'It seems you have completely misconstrued the judgement and order passed by the Honourable Supreme Court of India in Jakia Nasim Ahesan & Anr. Versus State of Gujarat & Ors'

Details of all actions taken by Mr Narendra Modi and the police after the Godhra massacre, supported by relevant records of his office and the police, alone would help in clearing the air

"The chief minister Shri. Narendra Modi said ...This time the situation warranted that the Muslims be taught a lesson to ensure that such incidents do not recur ever again... that the emotions were running very high amongst the Hindus and it was impe