The case will now be heard on April 27 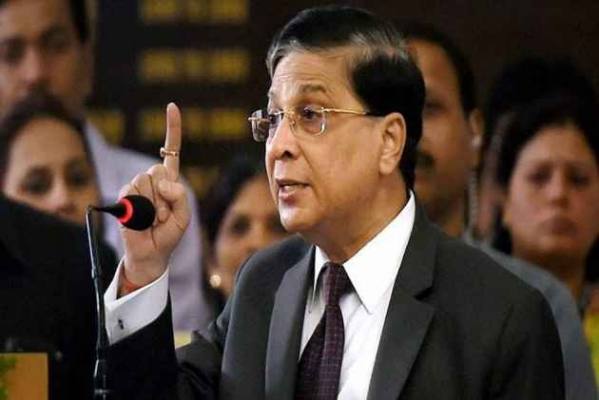 'CJI Should Not Have Heard Case About His Own Power', SC's Order On Allocating Cases Evokes Mixed Response

The CBI and the IB have been induced to act against Gopal Subramanium for taking a tough stand in the fake encounter cases in which Amit Shah, the blue eyed boy of Narendra Modi, has been chargesheeted

If Arvind Kejriwal's decision to choose jail over bail leads to the SC issuing a general directive to all criminal courts, it could bring enormous relief to millions of accused

Why is the government going back on the key provision of its own Lokpal Bill 2011, giving the function of investigation to an independent Lokpal?

"Rise And Fight Against 'Gang Of Four'"

'The way these people are leveling allegations against Team Anna it shows they are not bothered for the well-being of our nation or society at large. They are casting aspersions on others for their own selfish interests'

'Committed To Crush The People'

'Helpless and unarmed people, who were protesting peacefully against corruption, were assaulted without any provocation... Is the government really serious in dealing with corruption?'

'Worried Whether We Will Be Able To Meet Our Deadline'

Whether it is the governors or the CBI, or the ED or the IT department or the CVC, all their heads are carefully chosen to suit the Congress party's interests. Now take the CFSL (CBI) Delhi...

Campaign for Judicial Accountability and Reforms

A lot of mud was thrown at the Bhushans in the hope that at least some of it would stick — that an impression would remain that they were not as clean as people thought them to be. Here are the facts about various questions raised

...regarding the allotment of farmland plots by the NOIDA authority to Jayant Bhushan and Shanti Bhushan, about which a lot of misinformation has been spread

Delhi Police claims that a CFSL report claims that the controversial Shanti Bhushan CD is not tampered with. Then how does it contain bits of a different conversation dating back to 2006?

Shanti Bhushan serves legal notice for defamation to Congress general secretary Digvijay Singh for levelling allegations against him on a property deal.

'A Part Of The Malicious Campaign'

Who Has Fabricated This CD?

'It seems clear that Mr. Amar Singh must be involved in this fabrication... It is a serious attempt to bring not only the informant but also the judiciary under cloud and needs to be taken serious cognizance of'