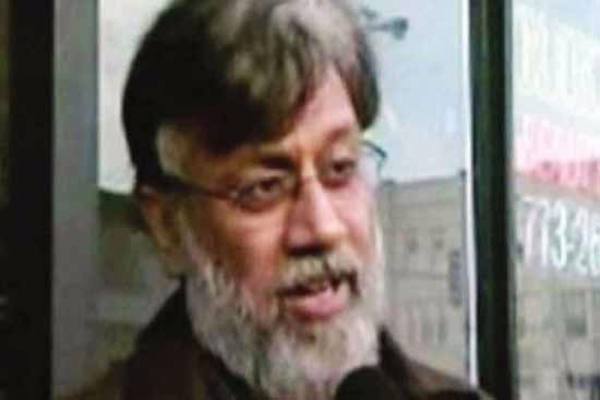 The in-person extradition hearing of 59-year-old Rana, who has been declared a fugitive by India, is scheduled for April 12.

The MHA must have the honesty to admit that as a result of its bad handling of the Headley case, the extradition door has been closed for ever. But an option of limited utility still remains open

Covering Up An Iceberg

Neither in the narrative of the FBI nor in that of the NIA is there much reference to the Indian cells of Headley and Rana. No attempt has been made to identify them and question them.

The Case Against Rana

The Pakistanis cited in the indictments as the co-conspirators would be the beneficiaries of the acquittal of Rana in respect of the charges relating to the 26/11 terrorist strikes.

On The Headley Chase

One of the sealed documents that the US District Court allowed to be be made public under First Amendment and common law rights. This one is US "Government's Santiago Proffer"

ISI: Under The Scanner

Is the US gradually moving towards officially declaring the ISI as a sponsor of terrorism?

As the FBI reveals the identities of four of the ringleaders of the Pakistan-based conspiracy for the planning and execution of the 26/11 terrorist strikes, fresh questions crop up

Did Tahawwur Hussain Rana carry out his acts in connection with the 26/11 terrorist strikes at the behest of the Inter-Services Intelligence (ISI) and not the Lashkar-e-Toiba (LET)?

China did not oppose HUJI being designated as a terrorist organisation in the UN anti-terrorism committee, and significant omissions by the US raise eyebrows...

India seems still undecided whether it should insist on “interrogation” or should accept “testimony” even though it may not be as satisfactory.

Now that Headley is out of reach, India should seek access to Tahawwur Hussain Rana, the co-conspirator against whom a separate case has been filed.

The soft approach of the US towards the ISI with regard to its use of the LET against India continues.

On at least two occasions Headley appears to have brought a GPS instrument into India and taken it back to Pakistan without being detected by the Indian customs.

Did the arrested Somali who targeted the Danish cartoonist have any contacts with Headley? Did Headley meet him during his two visits to Denmark?