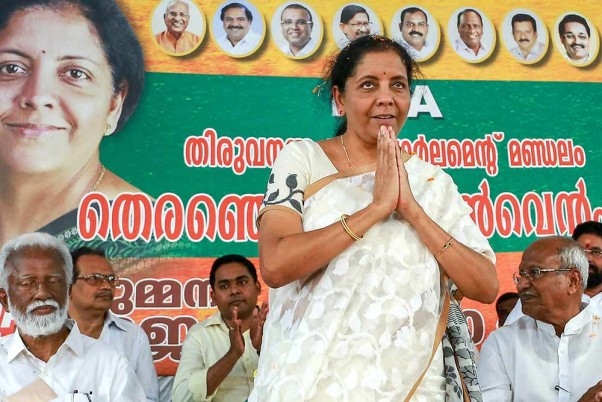 Union Minister for Defence Nirmala Sitharaman at the launch of the election campaign for the party candidate in Thiruvananthapuram. 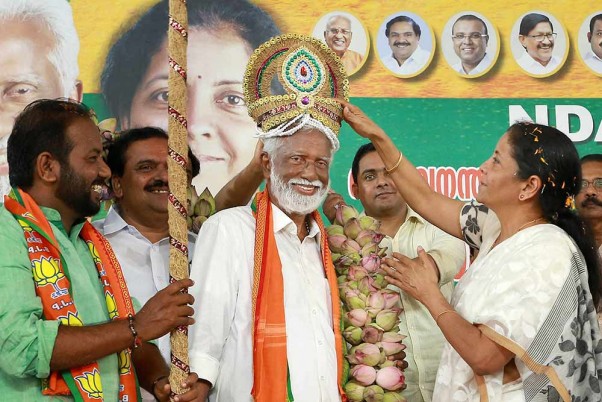 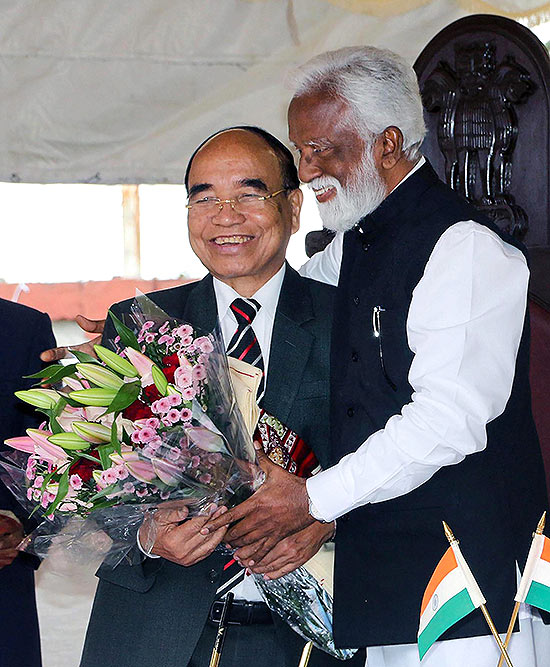 Mizo National Front (MNF) President Zoramthanga being greeted by Governor Kummanam Rajasekharan after he was sworn-in as the new Chief Minister of the state, at a ceremony at Raj Bhavan in Aizawl. 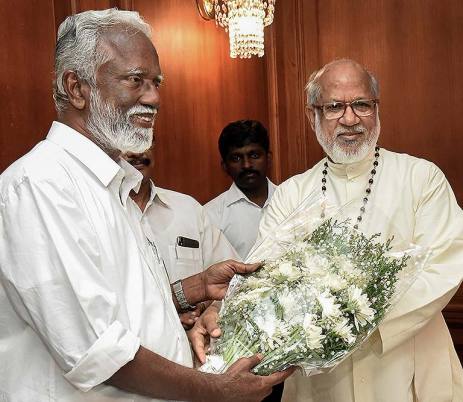 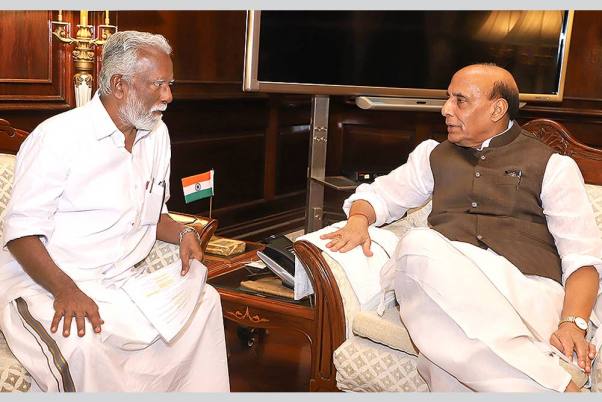 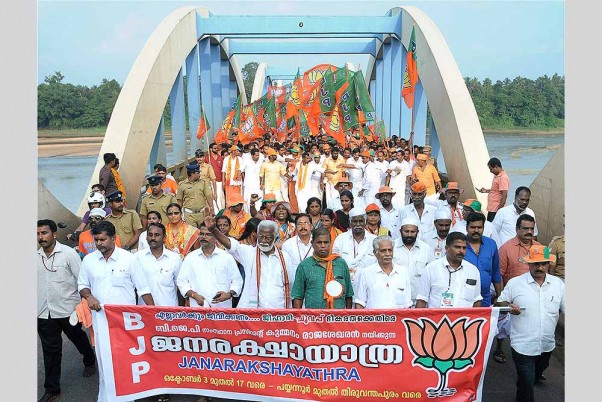 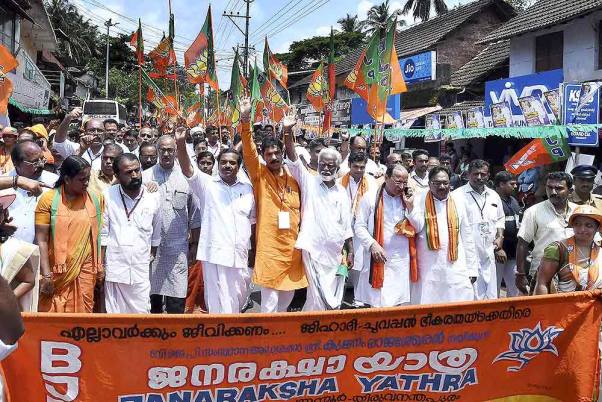 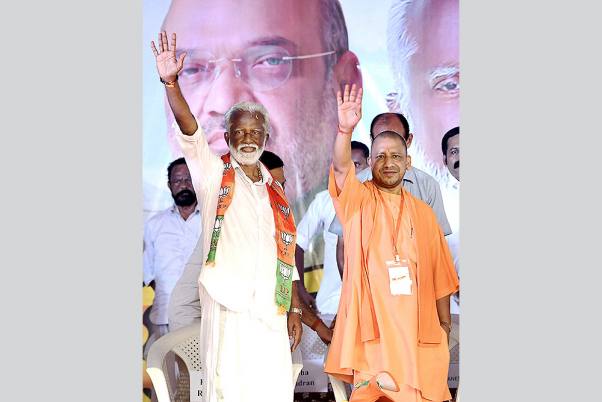 Uttar Pradesh CM Yogi Adityanath and BJP state president Kummanam Rajasekharan waves to the crowed at a public meeting as part of ‘Janaraksha Yathra’ in Kannur. 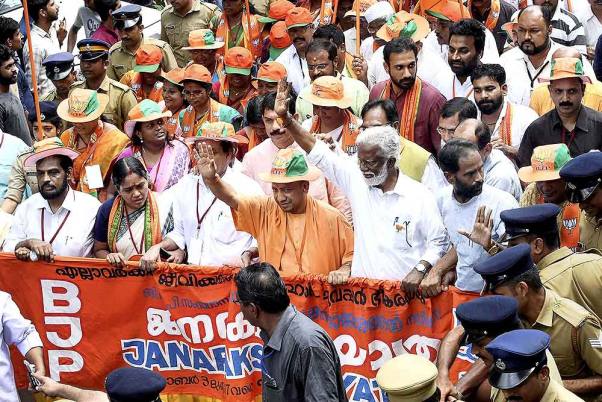 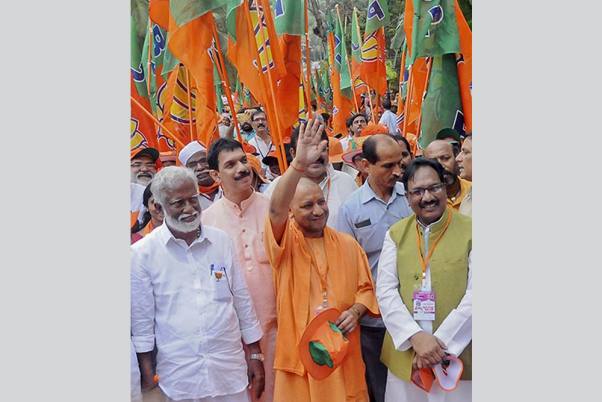 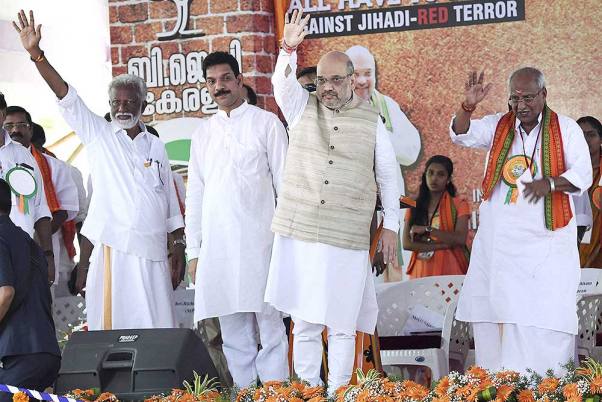 BJP National President Amit Shah waves to the crowd during the party's ‘Janaraksha Yathra' at Payyannur in Kannur. 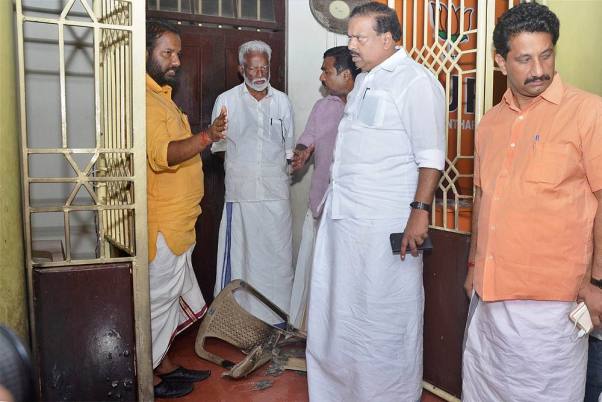 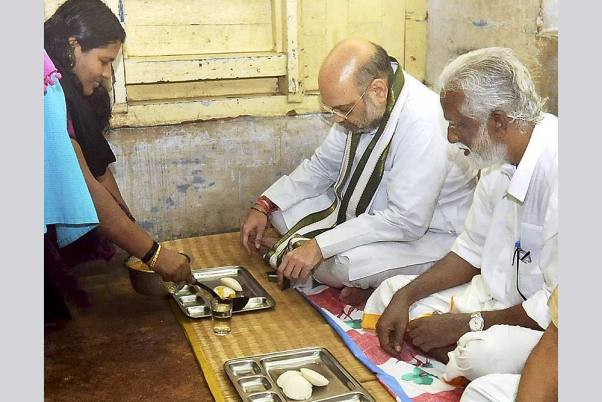 BJP National President Amit Shah having breakfast at the residence of a party worker in Thiruvananthapuram. 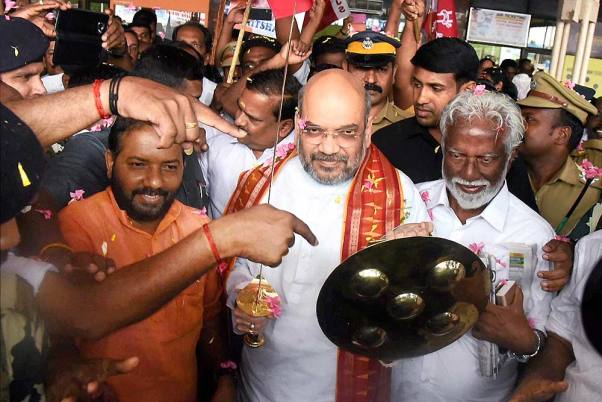