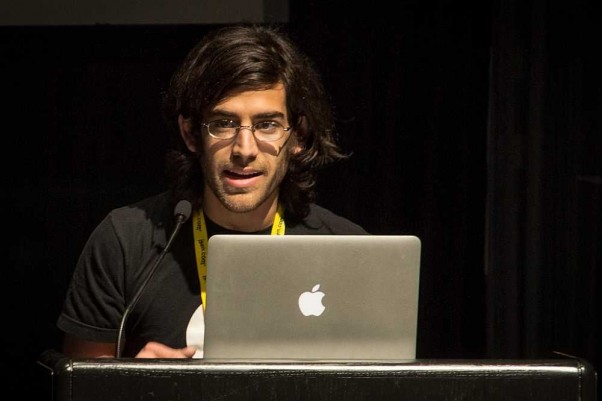 Aaron H. Swartz "committed suicide in New York City yesterday, Jan. 11. "In the technology world," as the New York Times put it once, "Mr. Swartz is kind of a big deal." Was. Swartz was, at 26, seems so cruel as to be heartbreaking. Best known as co-founder of the popular internet community website Reddit, Swartz was indicted by a federal grand jury for allegedly downloading millions of documents from JSTOR, and potentially faced up to 50 years in prison and $4 million dollars in fines. He had pleaded non-guilty.

Farmers block a railway track as they participate...

Locals stage a protest, demanding the...