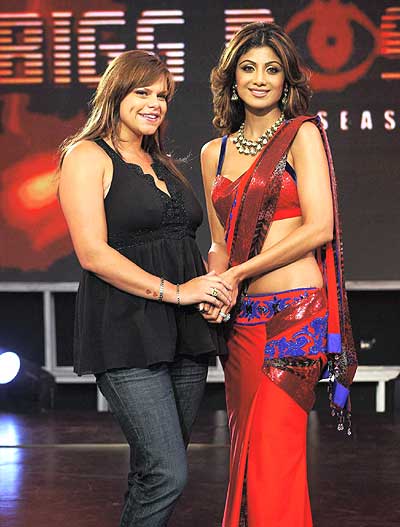 Tuesday August 19, 2008
TV show Bigg Boss host Shilpa Shetty poses with Jade Goody who quit the show on August 19 after she was diagnosed with cancer. Goody had been charged with racial abuse after she had called Shetty "papaddam", among other things, in a British reality show last year. The Indian version of the show aims to hit the popularity charts with its motley cast of C-list participants including Pramod Mahajan's son Rahul Mahajan, Congress party's Sanjay Nirupam and gangster Abu Salem’s companion Monica Bedi Also See: Shilpa Shetty: Celebrity Big Brother 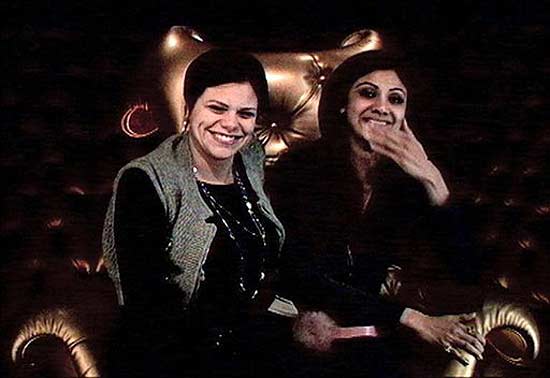 Friday 19 January
And then they made up. Celebrity Big Brother  contestants Jade Goody and Shilpa Shetty speak to the camera in the diary room in the Big Brother house at Elstree Television Studios London. It was Goodbye Goody time as the week long furore over 'racial abuse' came to an end with Goody's eviction by a overwhelming popular vote and with Shilpa withdrawing the charge which had exercised such politically correct figures as the minister for censorship, Priyaranjan Dasmunshi and the Prime Minister Tony Blair, Prime Minster-in- waiting Gordon Brown, Labour MP Kiteh Vaz, the government of India, and everybody's dog. While the controversy undoubtedly helped the TV show, Indian Tourism office in London was not to be left behind and did its own bit by issuing a full-page advertisement in London newspapers that read:

Once your current commitments are over, may we invite you to experience the healing nature of India. We have a
modern thriving culture and offer an amazing wealth of sights and sounds, tastes and textures making our country a
place like no other.

Goody's commitments with CBB are definitely over, but we are not sure if she would accept the invite.