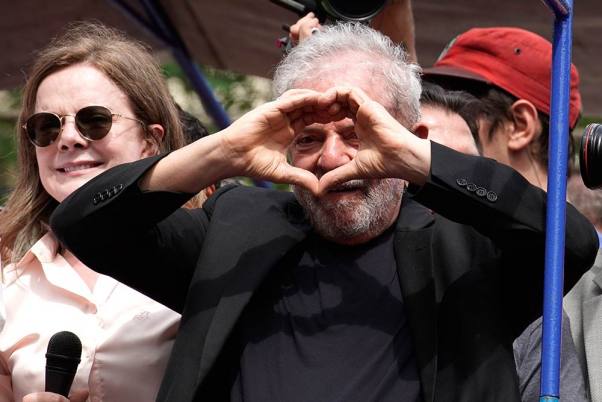 Former Brazilian President Luiz Inacio Lula da Silva flashes a hand heart during a rally at the Metal Workers Union headquarters, in Sao Bernardo, Brazil. Da Silva addressed thousands of jubilant supporters a day after being released from prison. "During 580 days, I prepared myself spiritually, prepared myself to not have hatred, to not have thirst for revenge," the former president said. 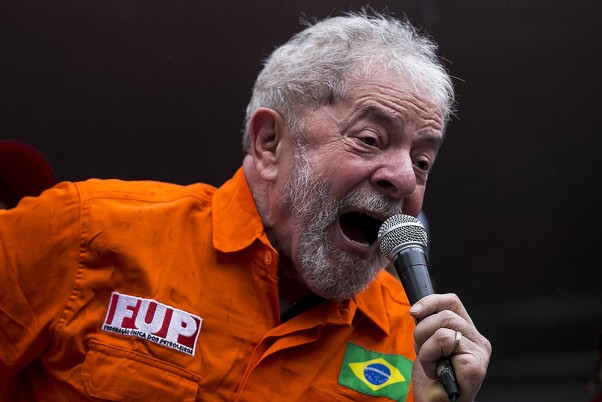 Brazil's former President Luiz Inacio Lula da Silva speaks at a protest against the government's plan to increase privatizations, including in the oil industry, in front of the state-run oil company Petrobras headquarters in Rio de Janeiro, Brazil. 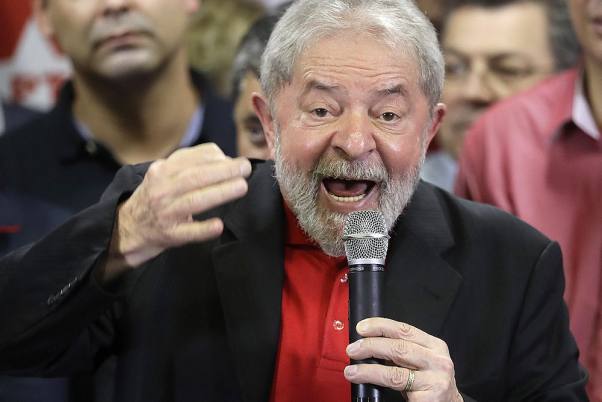 Former Brazilian President Luiz Inacio Lula da Silva delivers a brief speech to the media and supporters at the headquarters of the Worker's Party in Sao Paulo, Brazil. Silva launched a defiant public defense after being convicted of corruption and money laundering, accusing his political opponents of trying to prevent him from becoming president again.

Medical oxygen gas leaks out from a storage unit,...

A family member reacts after getting the news of...