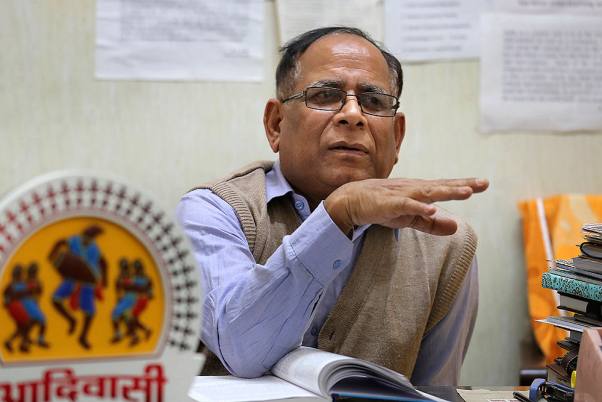 Anthropology professor at Delhi University P.C. Joshi speaks to the Associated Press in his office in New Delhi. The Indian island where a young American was killed last week has been cut off from the world for thousands of years, with islanders enforcing their own isolation. While scholars believe North Sentinelese islanders probably migrated from Africa roughly 50,000 years ago, almost nothing is known about their lives today, from what language they speak to how many survive. "We have become a very dangerous people," Joshi said, "even minor influences can kill them."

An artist writes 'Keep Me Clean' as part of a...