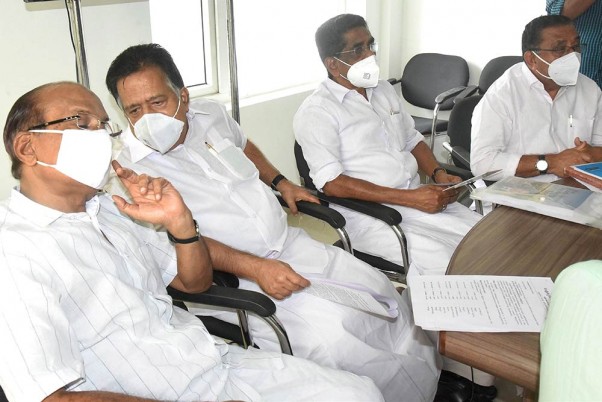 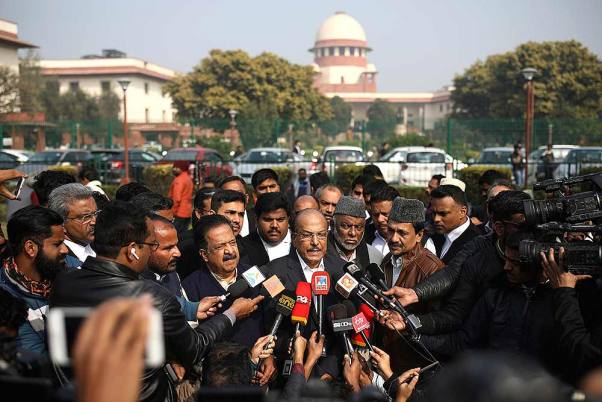 Indian Union Muslim League leader P.K.Kunhalikutty, center, one of the petitioners, speaks to media on the lawns of India's Supreme Court after the top court started hearing dozens of petitions that seek revocation of a new citizenship law amendment in New Delhi. The new law had led to nationwide demonstrations and a violent security backlash resulting in the death of more than 20 people.

Commuters walk on a road amid low visibility due...