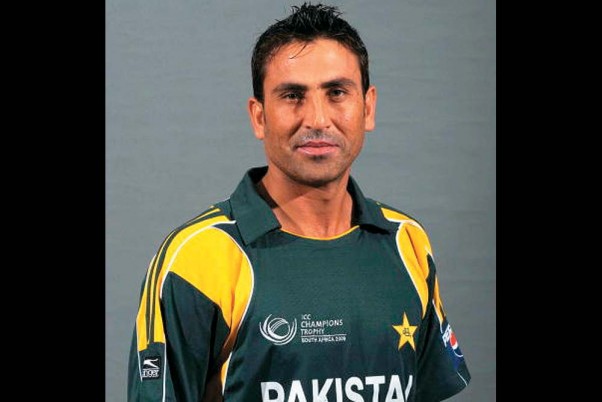 Younis Khan The 37-year-old has been in and out of the side recently, and is better known for his Test match heroics. But he could play a key role in a side that lacks experience as well as the flair of some of the sides of old. 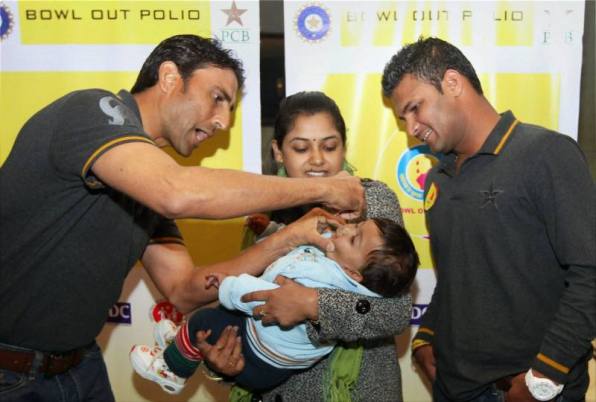 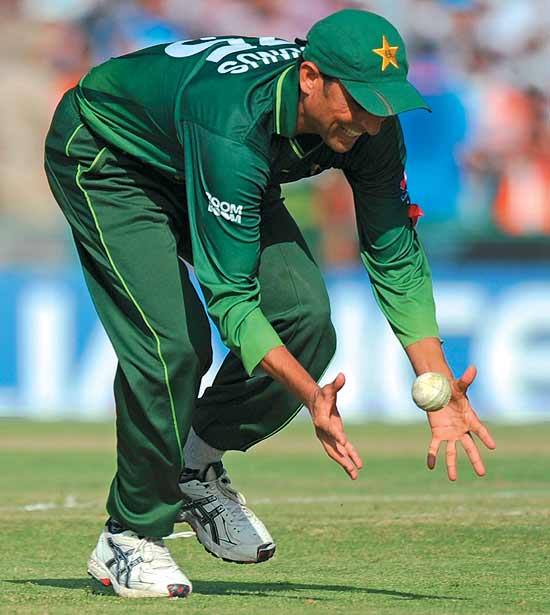 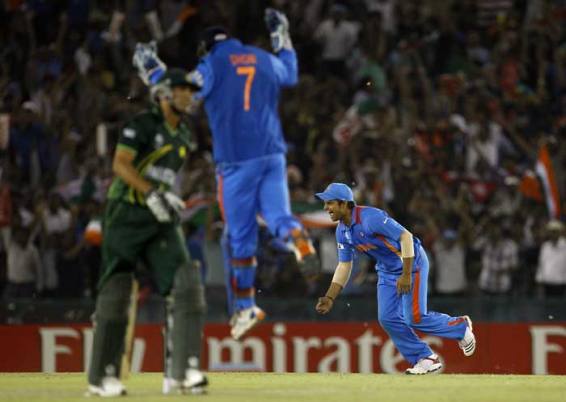 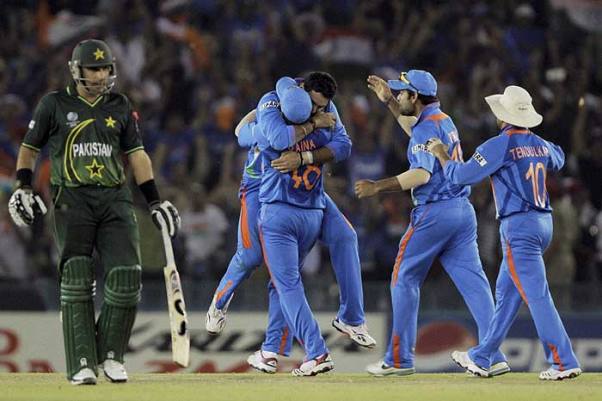 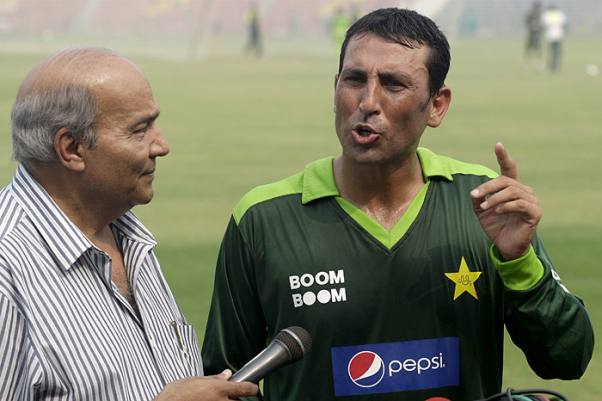 Former Pakistani captain Younis Khan talks to the media along with team manager Intikhab Alam (left) in Lahore. Khan told reporters that he has no problems in playing any format of cricket and has not ruled out an international comeback even in Twenty20. 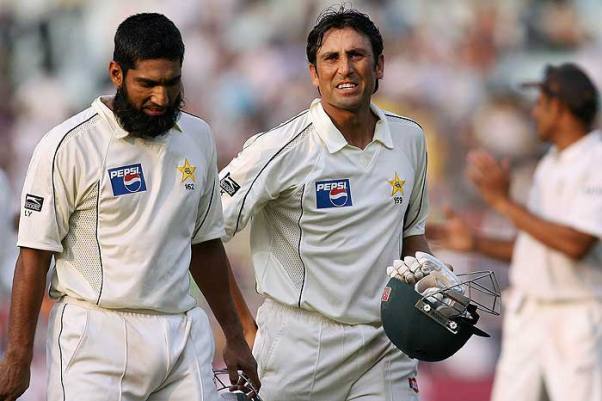 2009 In September, the National Assembly's standing committee on sports conducts a hearing on team's performance in ICC Champions Trophy after its chairman, Jamshed Dasti, says he has evidence the team underperformed deliberately in tournament. In September, Younis Khan resigns as team captain. Says he's "disgusted" by match-fixing allegations made against the team by a senior member of parliament. 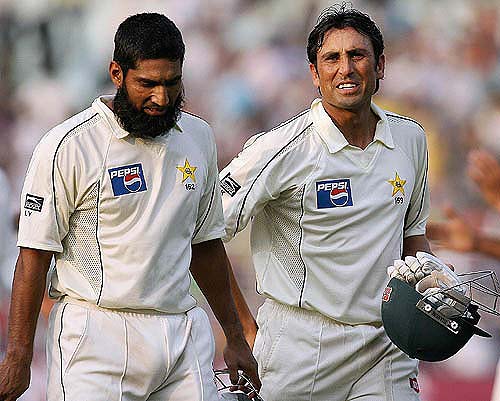 Ex-Pak captains and star batsmen YOUNUS KHAN and MOHD YOUSUF get life bans for “infighting” on the Oz tour. A PCB probe also handed out fines and bans for 5 other cricketers. 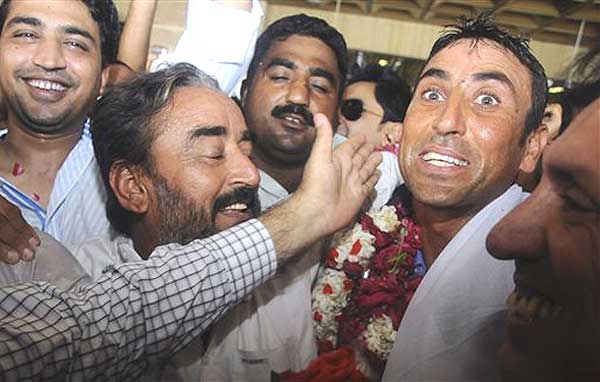 Twenty20 World Cup winning captain Younis Khan is greeted by fans with garlands upon his arrival at Karachi airport, in Pakistan. Khan received a rousing welcome at Karachi airport while security officials bypassed the well wishers and whisked away his team-mates who arrived earlier at Lahore Airport. 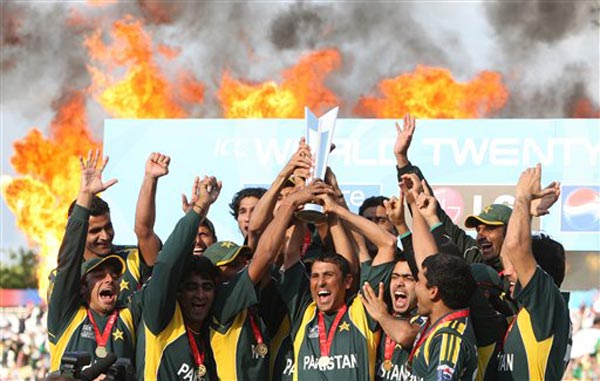 The Twenty 20 champions celebrate with the trophy after defeating Sri Lanka at Lord's, in London. Younis Khan and his men gave their terror-stricken countrymen something to cheer about as they first confined Sri Lanka to 138 for six and then went on to chase down the target in 18.4 overs to put behind the heartbreak of losing the crown to arch-rivals India in the 2007 edition of the tournament. 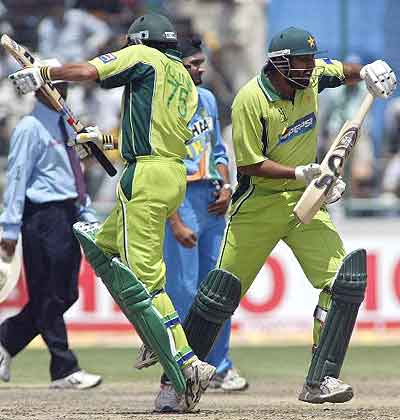 Sunday 17 AprilPakistani skipper Inzamam ul Haq avoids a collision with his deputy Younis Khan while running between the wickets. The visitors displayed an an awesome batting to rattle up 303 for eight built around Shahid Afridi's whirlwind 44, Shoaib Malik's 72 and Inzimam's 80th ODI half century knock of 68. Ashish Nehra and Ajit Agarkar claimed three wickets each. In return, Team India performed a 'flop show', losing its top seven wickets for 97 runs within 30 overs, and then losing the match with 159 runs. 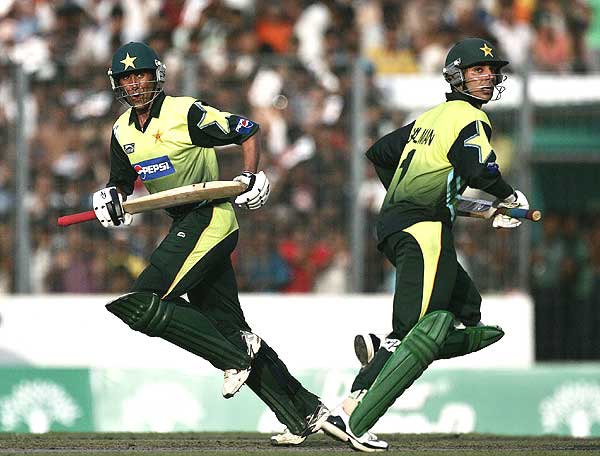 Saturday June 14, 2008
Despite dominating the tournament, the Indians choked when it mattered the most -- they allowed an under-pressure Pakistan to avenge their league match defeat and run away with the trophy in a 25 run defeat. After twin tons by Salman Butt (129 retired hurt) and Younis Khan (108) propelled Pakistan to 315 for three, India faltered early in their chase and eventually folded for 290 in 48.2 overs. And to think that it was the same Pakistan team which had been crushed by 140 runs only a few days before, leading the PCB chairman to call it "paralysed in the field" in an embarrassingly leaked email 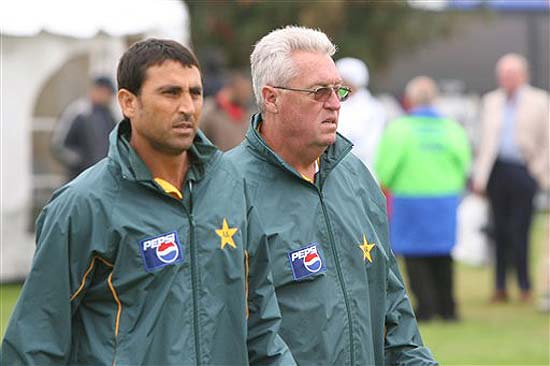 Pakistani cricketer Younis Khan walks out to insepct the pitch with coach Bob Woolmer at Uxbridge, England. Bob Woolmer today said he would continue in his post as Pakistan coach, although admitting he had contemplated resigning in the wake of the ball-tampering row that has threatened to wreck the team's tour of England. Woolmer, who some press reports suggested was on the verge of resigning, said: "Throughout this whole affair I have remained solidly behind the Pakistan team and captain. And, in a separate announcement, Pakistan Cricket Board Chairman Shaharyar Khan insisted the side would go ahead with the one-day international leg of the tour. Pakistan had threatened to boycott the remainder of their tour if captain Inzamam-ul-Haq was banned as a result of charges of ball-tampering and bringing cricket into disrepute following their forfeiture of the fourth and final Test against England at The Oval. The team were incensed by the decision of on-field umpires Darrell Hair and Billy Doctrove to award England five penalty runs on Sunday because they believed Pakistan had illegally altered the condition of the ball and refused to take the field in protest. 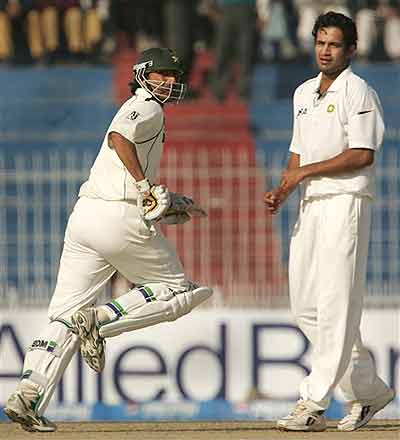 Younis Khan completes a run off Irfan Pathan on the final day of the second Test match in Faisalabad. The Pakistani vice-captain produced a sparkling 194 to continue his sequence of big knocks against India as the Test petered out into a dreary draw. The 28-year-old Younis, who has repeatedly tormented India by hitting big centuries, teamed up with Mohammad Yousuf (126) to pile the misery on the hapless bowlers with their fireworks before the Pakistani second innings folded up on 490 towards the end of the day. With 14 mandatory overs still remaining, India went into bat and scored 21 no loss before play was finally called off.

A medic administers the first dose of Covishield...

Farmers sit around a bonfire during their protest...

India Rolls Up Its Sleeves: PM Modi Flags Off...