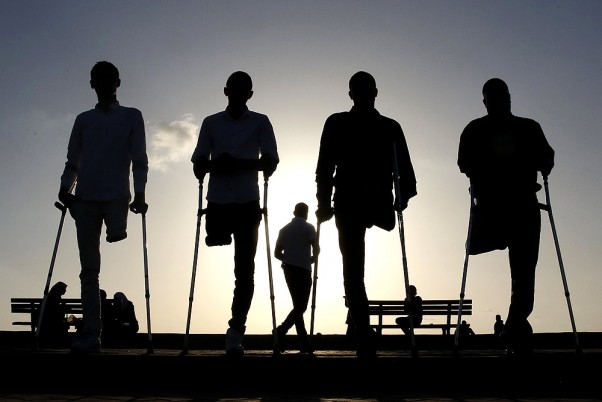 Four Palestinian friends who were injured during conflicts walk by the sea at Gaza's small fishing harbor on Oct. 24, 2016. Fighting has left thousands of people with disabilities or no limbs in this Palestinian enclave. 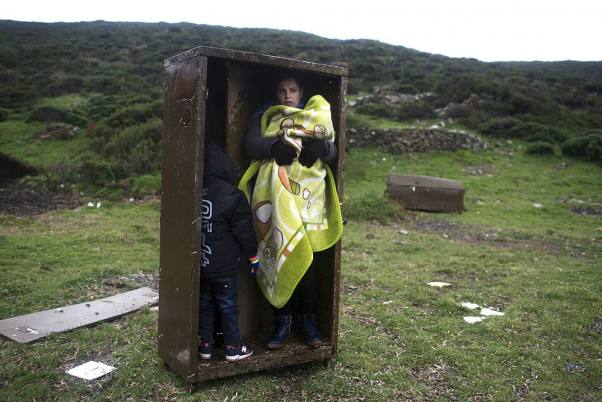 A Syrian woman takes shelter with her children in an iron box during a rainfall after they arrived from Turkey to the Greek deserted island of Pasas near Chios, on Jan 20,2016. Thousands of migrants and refugees continue to reach Greece's shores despite the winter 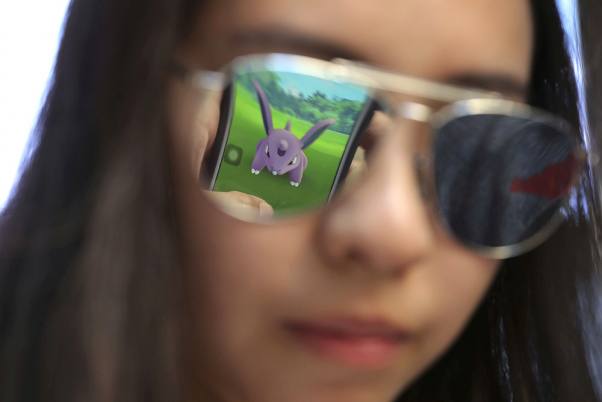 A mobile screen is reflected on a fan's sunglasses as she plays "Pokemon Go" in Hong Kong on July 25, 2016. Pokemon fans participated in creature hunting as the app was released to both iPhone and Android users. 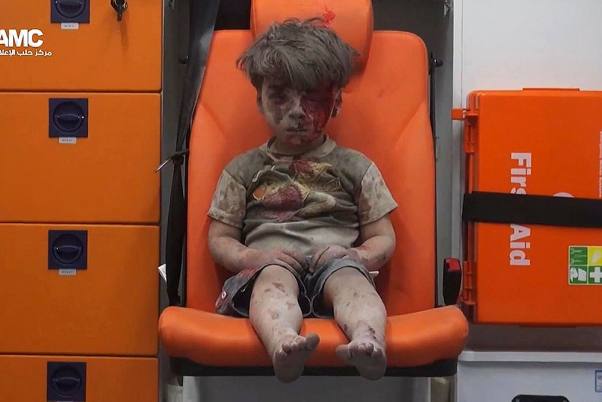 In this frame grab taken from video provided by the Syrian anti-government activist group Aleppo Media Center (AMC), 5-year-old Omran Daqneesh sits in an ambulance after being pulled out of a building hit by an airstrike in Aleppo, Syria, on Aug. 17, 2016. The White Helmets were among the crowd of first responders who pulled Daqneesh and his family from the rubble of their apartment building. 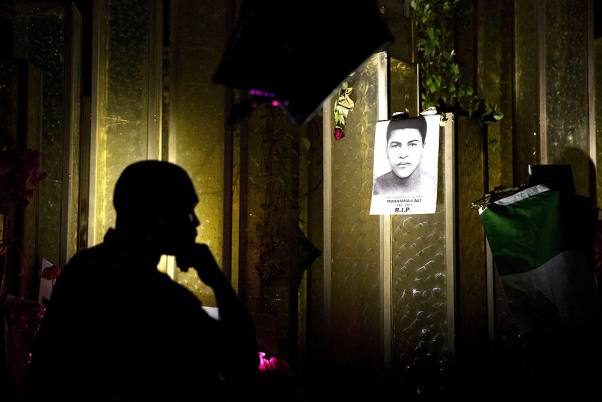 A visitor to the Muhammad Ali Center in Louisville, Ky., looks at an image of the great boxer posted on a makeshift memorial on June 9, 2016. Ali, born Cassius Clay, died on June 3 at age 74. 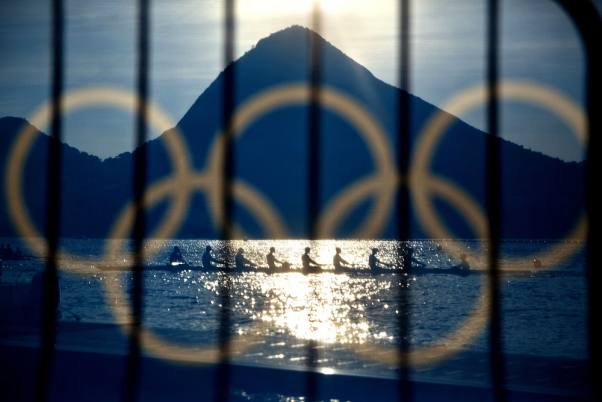 Rowers are seen through a screen decorated with the Olympic rings as they practice at the rowing venue in Lagoa at the 2016 Summer Olympics in Rio de Janeiro, Brazil, on Aug. 7, 2016. 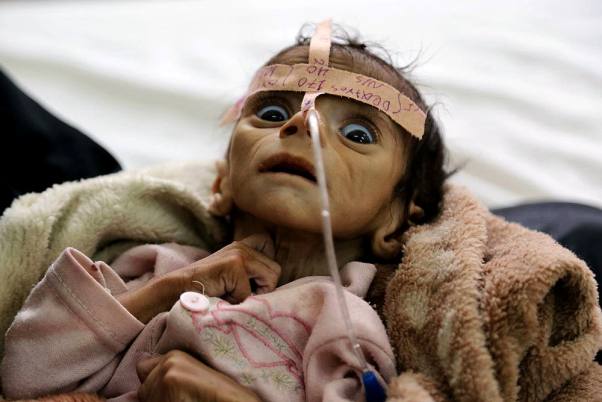 Udai Faisal, an infant who is suffering from acute malnutrition, is hospitalized at Al-Sabeen Hospital in Sanaa, Yemen, on March 22, 2016. Udai died on March 24. Hunger has been the most horrific consequence of Yemen's conflict and has spiraled since Saudi Arabia and its allies, backed by the U.S., launched a campaign of airstrikes and a naval blockade a year ago. 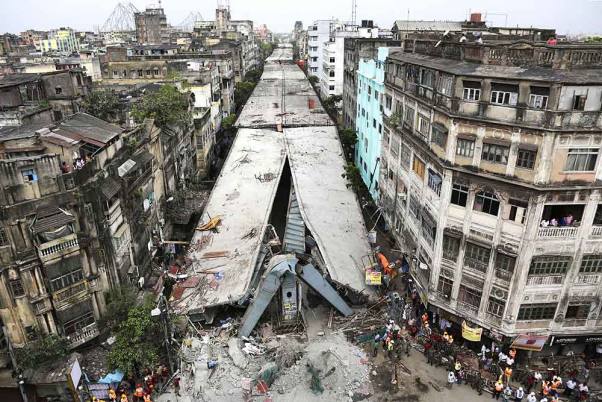 This April 1, 2016 photo shows a partially collapsed overpass in Kolkata, India. The overpass spanned nearly the width of the street and was designed to ease traffic through the densely crowded Bara Bazaar neighborhood in the capital of the east Indian state of West Bengal. About 100 meters (300 feet) of the overpass fell, while other sections remained standing. 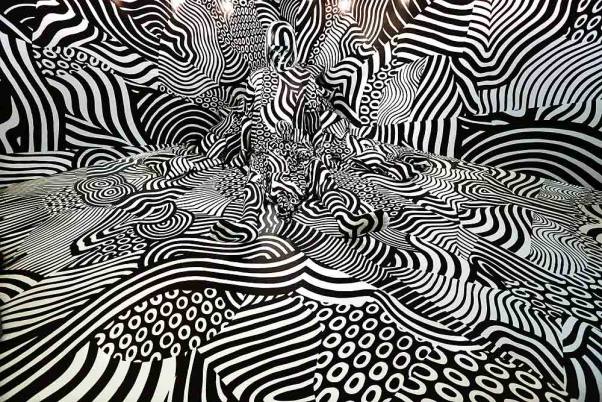 A model named feebee poses as part of art installation "Narcissism : Dazzle room" made by artist Shigeki Matsuyama at rooms33 fashion and design exhibition in Tokyo on Sept. 14, 2016. Matsuyama's installation featured a strong contrast of black and white, which he learned from dazzle camouflage used mainly in World War I. 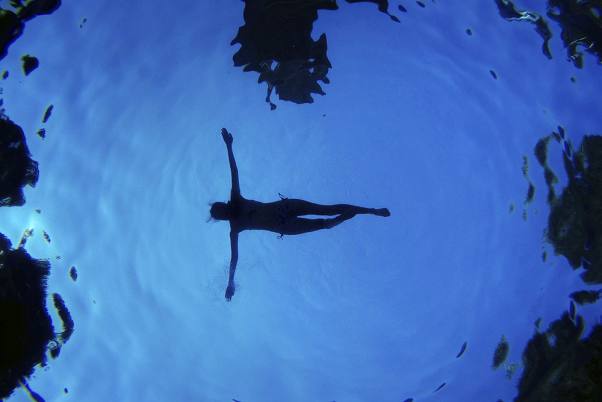 In this underwater picture a woman floats in a swimming pool during a summer day in Madrid, Spain, Aug. 28, 2016. 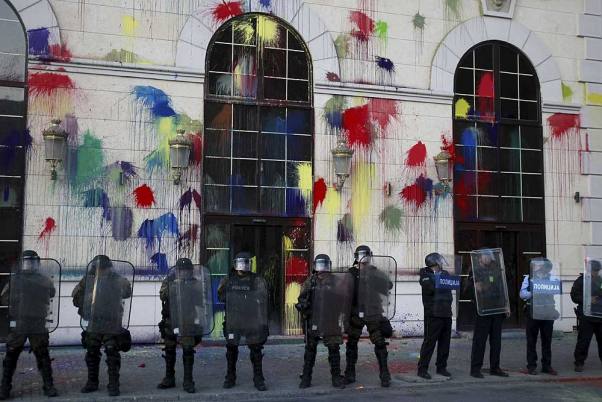 Police officers hold their shields as protestors pelt the new building of the Agency for Media Services with colored paint, during a protest in Skopje, Macedonia. Thousands of people have been protesting almost nightly in the Macedonian capital, Skopje, since President Gjorge Ivanov announced a decision last week to grant presidential pardons that halted criminal proceedings against dozens of people, including high-ranking politicians, accused in a wiretapping scandal that has roiled Macedonia for months, October 25, 2016. 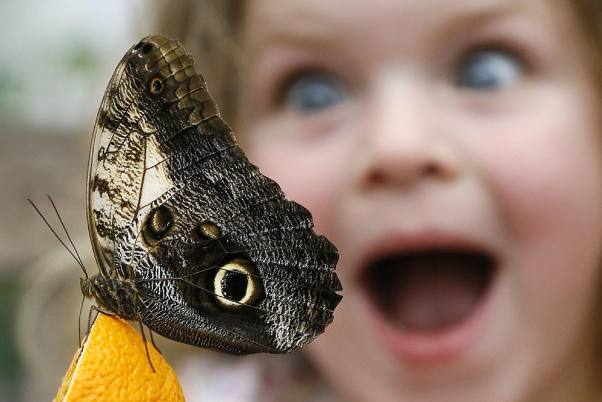 In this March 23, 2016 file photo Summer Sharif looks at an Owl butterfly feeding on an orange during a photo call for hundreds of tropical butterflies being released to launch the Natural History Museum's Sensational Butterflies exhibition in London. 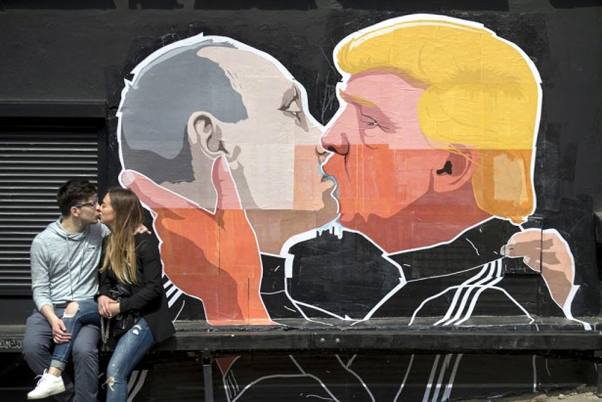 A couple kisses in front of graffiti depicting Russian President Vladimir Putin, left, and Republican presidential candidate Donald Trump, on the walls of a bar in the old town in Vilnius, Lithuania, on May 14, 2016. 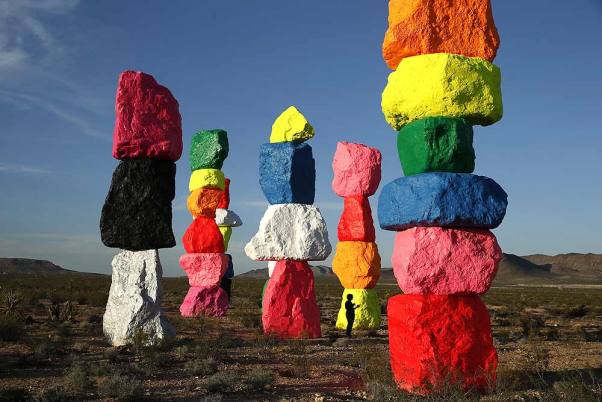 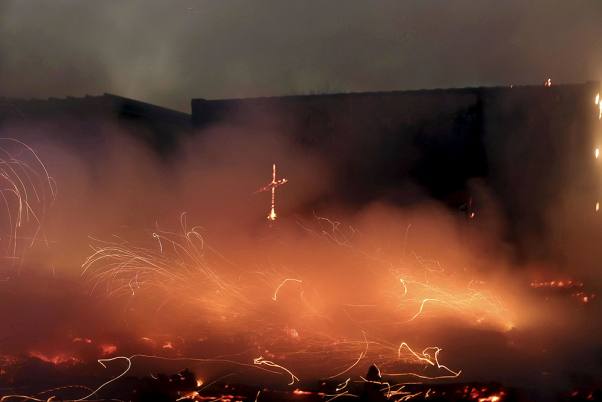 Fires burn in the makeshift migrant camp known as "the jungle" near Calais, northern France. Crews have started dismantling the squalid migrant camp in France after the process to clear the camp, April 22, 2016. 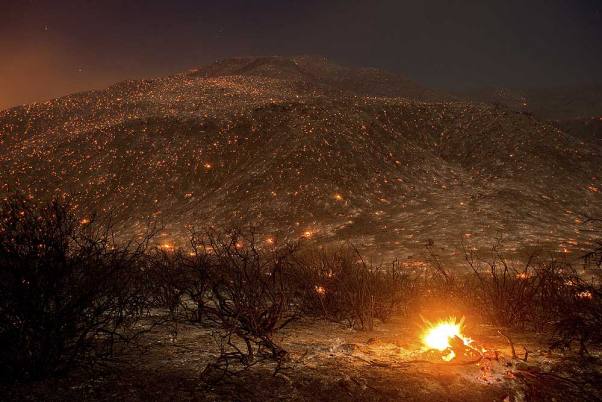 Embers from a wildfire smolder along Lytle Creek Road near Keenbrook, California, on Aug. 17, 2016.

In this file photo, then Chief Minister of Assam...