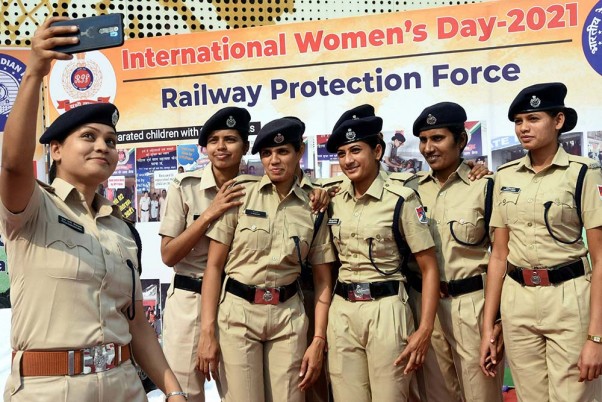 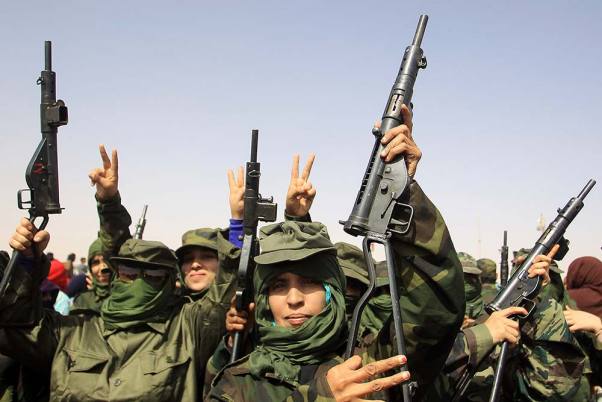 Female soldiers of of the Sahrawi Arab Democratic Republic (SARD) parade with rifles during celebrations marking the 45th anniversary of the creation of the SARD in a refugees camp near Tindouf, southern Algeria. The United Nations sought a settlement of the conflict in Western Sahara after Spain's withdrawal in 1976 from the territory, claimed by both Morocco and by the SADR. 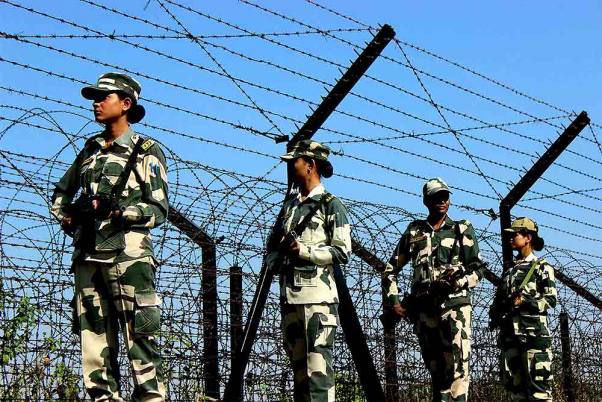 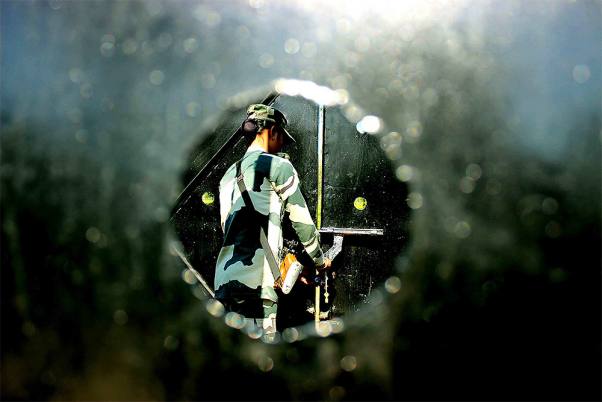 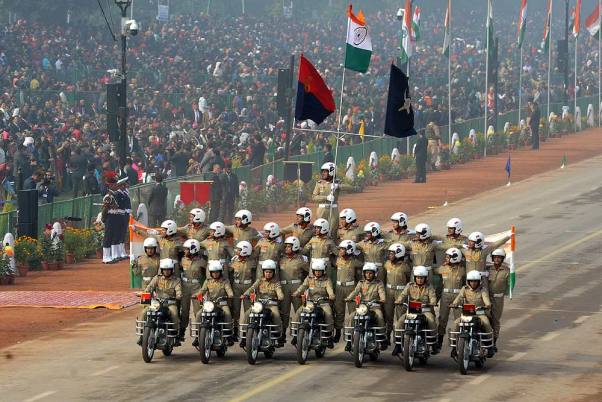 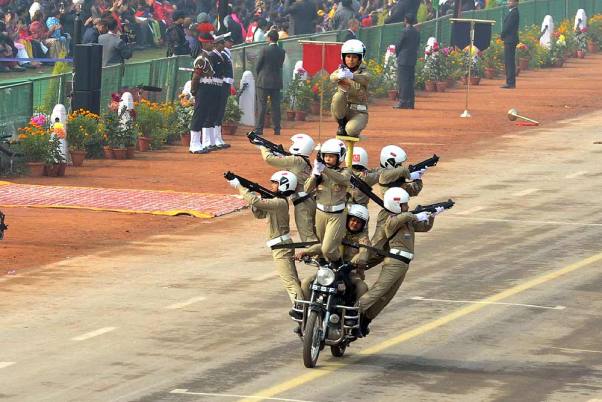 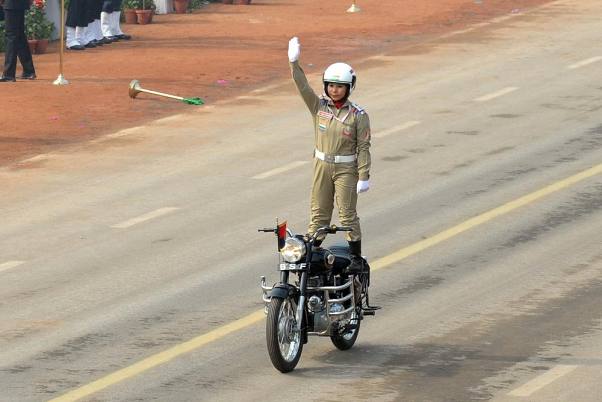 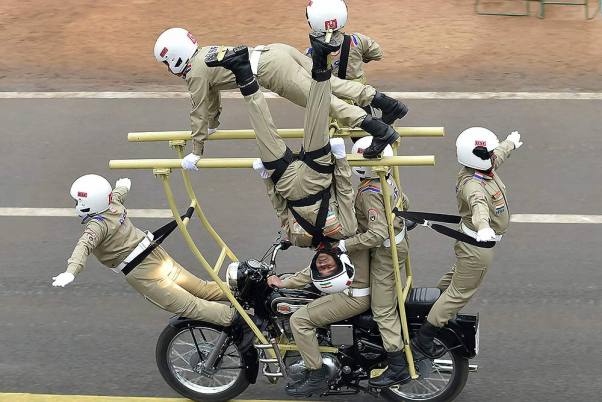 An all-women team of BSF performs on motorcycles during the full dress rehearsal for the Republic Day Parade at Rajpath in New Delhi. 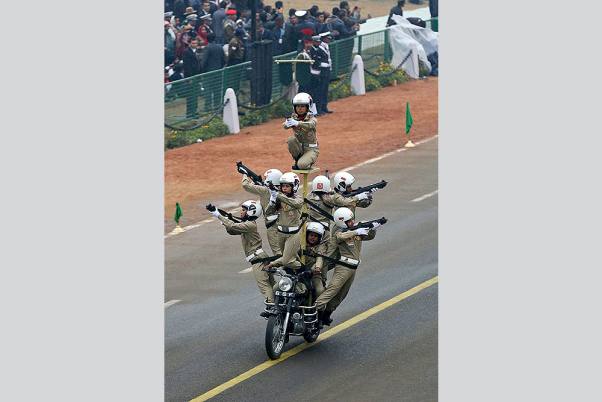 Women soldiers of India's Border Security Force display acrobatic skills on a motorcycle through Rajpath, the ceremonial boulevard, during a full-dress rehearsal of the Republic Day parade in New Delhi.