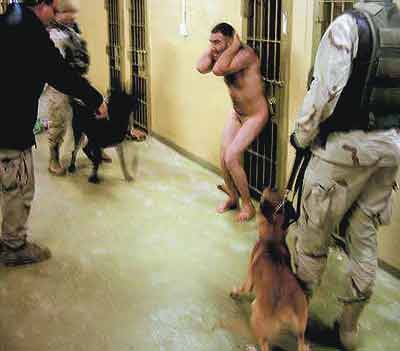 "Administration of Torture: A Documentary Record from Washington to Abu Ghraib and Beyond", That is the name of the just published book written by Amrit Singh (US based lawyer daughter of Prime Minister Manmohan singh) and Jameel Jaffer, both of the American Civil Liberties Union. The book provides a powerful account of the torture of detainees in the prisons outside the US, pointing out that it is not confined to the "anomalous sadists" of the infamous Abu Ghraib jail in Iraq or in the Guantanamo Bay in Cuba. This 2005 picture is just one of the many horrific reminders of the shocking human abuse policies laid bare by the book.

A medic collects a swab sample from a woman for...

Woman NCC cadets practice firing at a camp in...