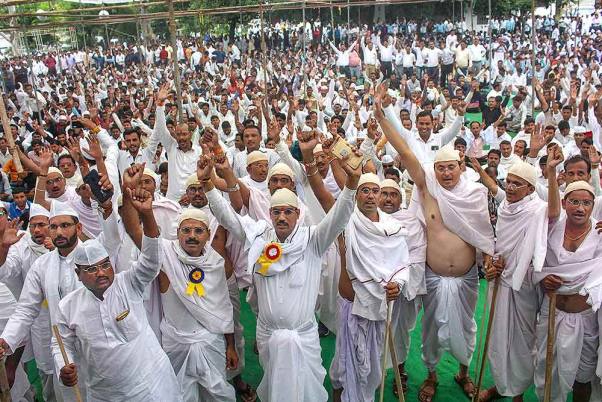 Madhya Pradesh Panchayat Assistant Secretary Organisation activists demonstrate during their 'Dandi Yatra' demanding for regularisation of their jobs, in Bhopal. 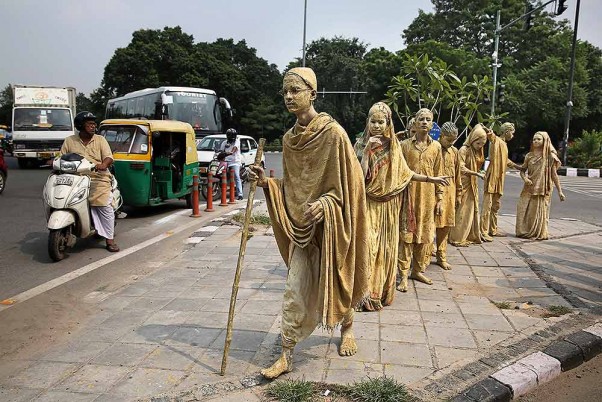 School children dressed up as statues, depicting Indian freedom leader Mahatma Gandhi's Dandi March, stand at a traffic intersection on the eve of Gandhi's 150th birth anniversary in New Delhi. Dandi March is the name given to the Salt Satyagraha (Salt March) where Gandhi and other freedom fighters marched 241 miles to the sea to make their own salt on April 6, 1930 as an act of civil disobedience against the British colonial rule.