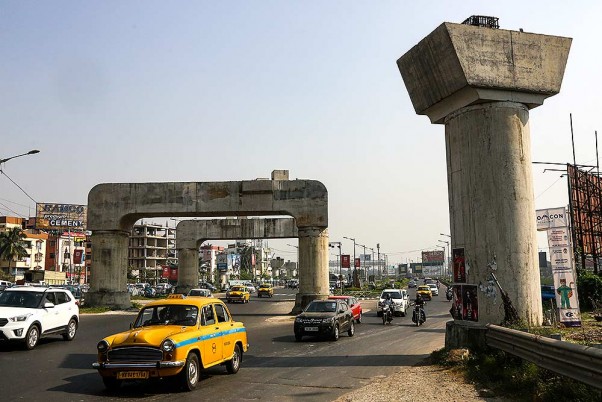 Vehicles ride past pillars set up for metro railway in Kolkata. India's economic growth has slipped to 4.5%, the slowest annual pace in six years, in the July-September quarter with labor-intensive manufacturing sector registering a negative growth. 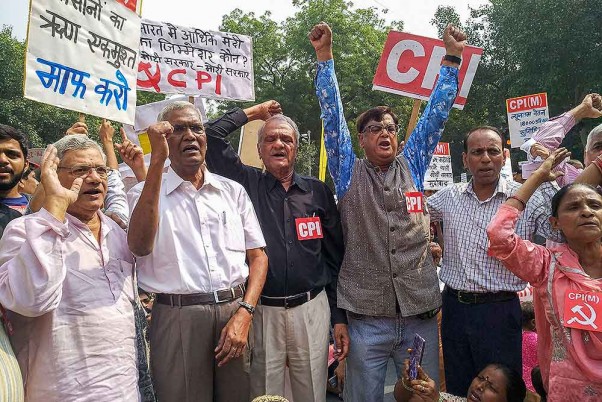 Left party leaders Sitaram Yechuri, D. Raja and others raise slogans as they protest against deepening economic crisis and various other issues, in New Delhi. 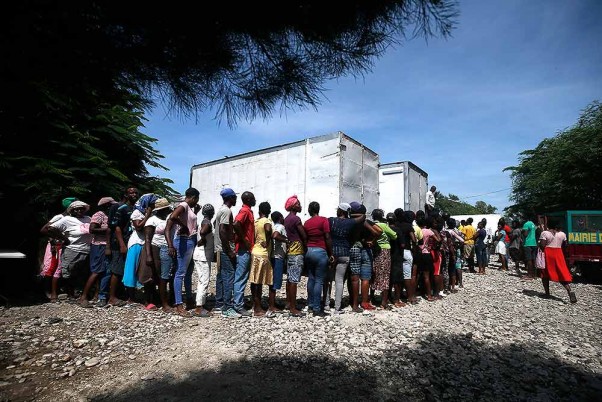 People wait near the front of a line hundreds of people long for government distributed food and school supplies to some residents of the Cite Soleil slum, in Port-au-Prince, Haiti. The administration of President Jovenel Moise tried to alleviate Haiti’s economic crunch by distributing plates of rice and beans, sacks of rice, and school backpacks filled with four notebooks and two pens. 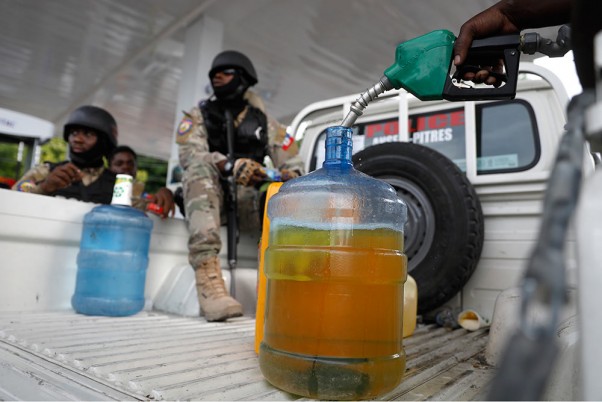 An attendant fills a water jug with extra gas, as police get their vehicle filled up at one of the few open gas stations, where car and motorcycle drivers were waiting in lines of more than an hour, in Port-au-Prince, Haiti. Haitian opposition leaders are calling for a nationwide push to block streets, paralyze the economy and push President Jovenel Moise from power, and tens of thousands of their dedicated young supporters are expected to heed their call. 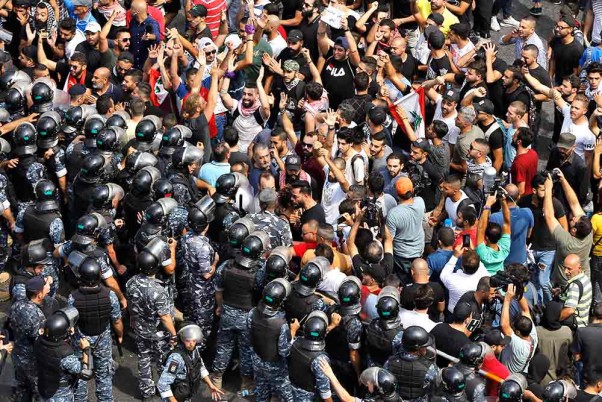 Anti-government protesters chant slogans as riot policemen close the road to the government house during a demonstration, in downtown Beirut, Lebanon. Hundreds of Lebanese are protesting an economic crisis that has worsened over the past two weeks, with a drop in the local currency for the first time in more than two decades. 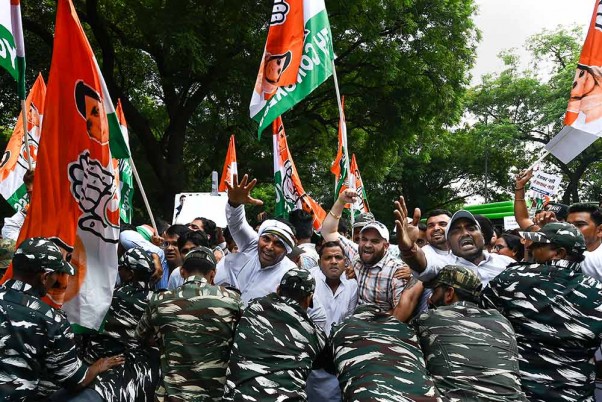 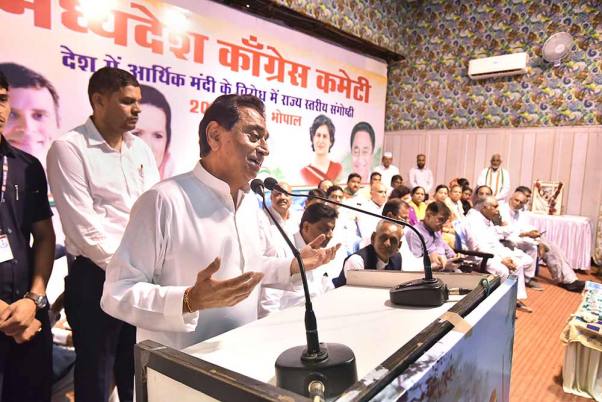 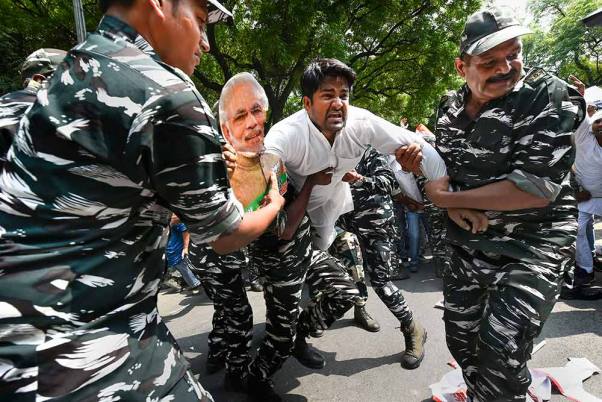 Indian Youth Congress workers stage a protest against the alleged unemployment and economic slowdown at Safdarjung Road, in New Delhi.

Buses parked at a bus depot after the...