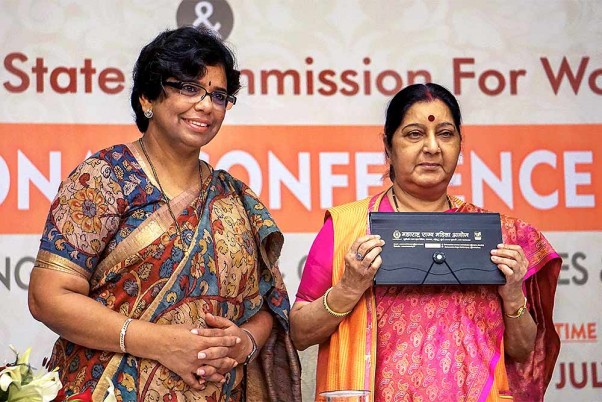 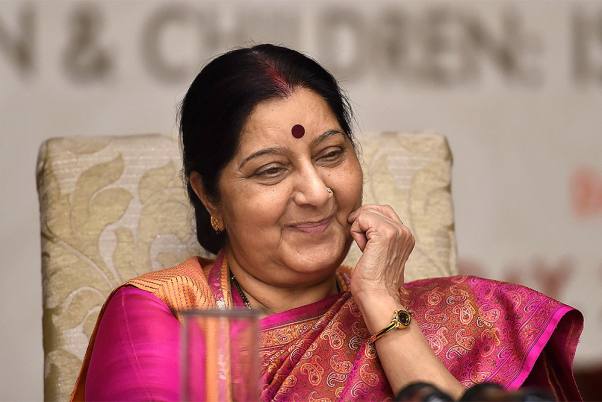 External Affairs Minister Sushma Swaraj looks on, during the 'National Conference on NRI marriages and trafficking of women and children', in New Delhi. 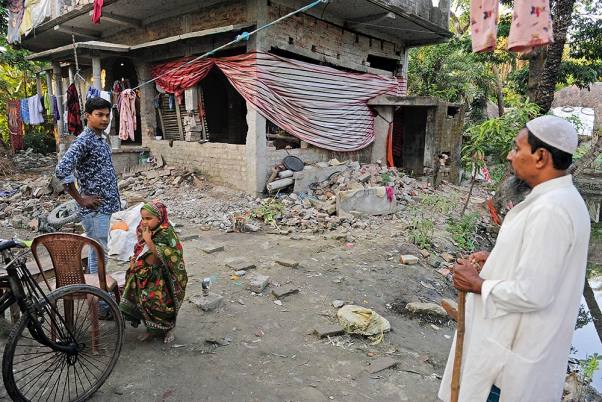 The father and brother of Faraq and Pinki 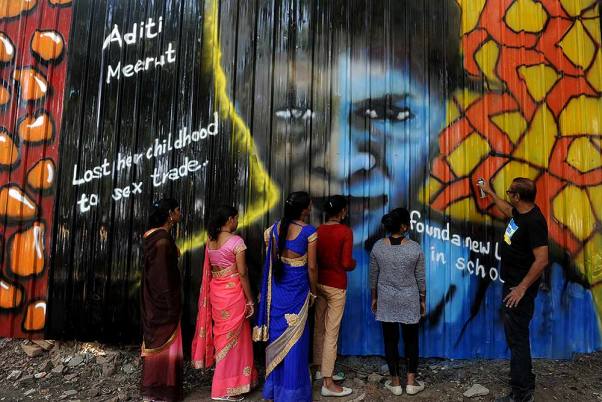 An artist participate in a awareness programme on human trafficking, in New Delhi. 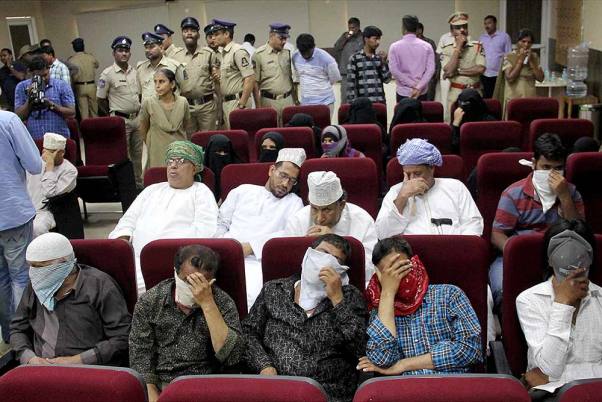 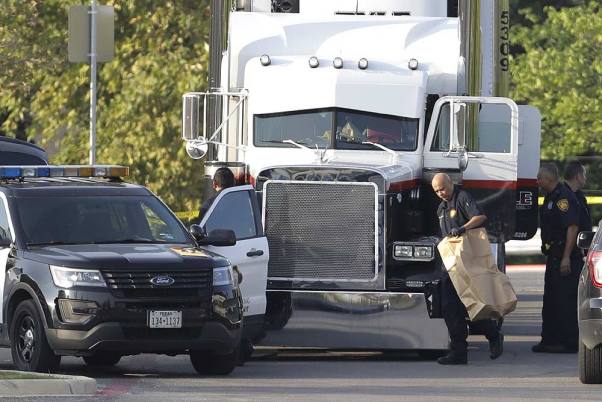 San Antonio police officers investigate the scene where eight people were found dead in a tractor-trailer loaded with at least 30 others outside a Walmart store in stifling summer heat in what police are calling a horrific human trafficking case, in San Antonio. 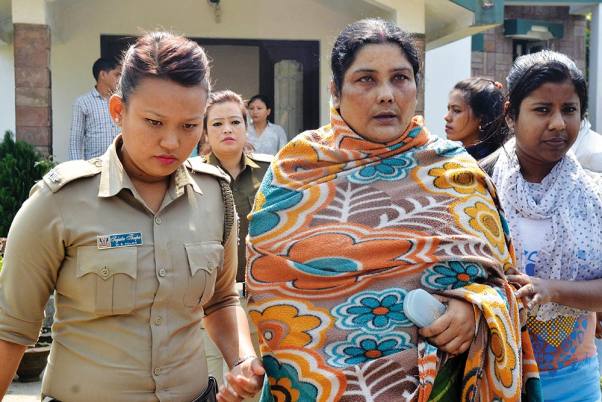 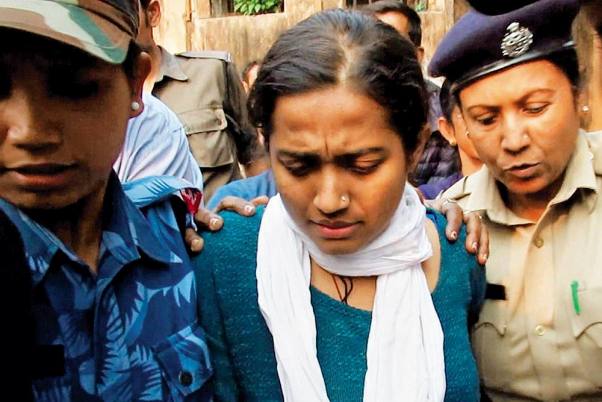 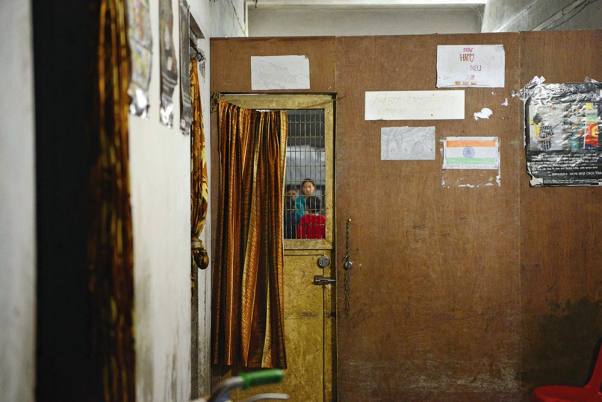 Ashray, the women’s shelter owned by Chandana Chakraborty in Jalpaiguri 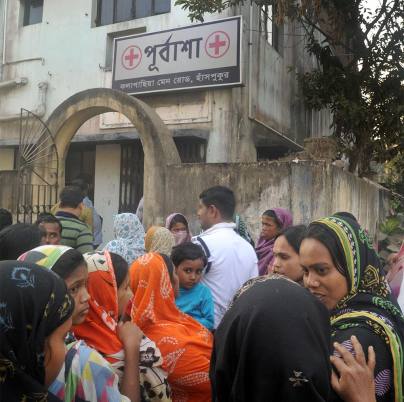 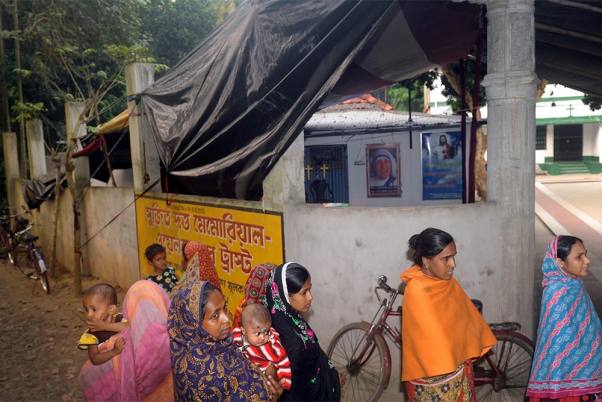 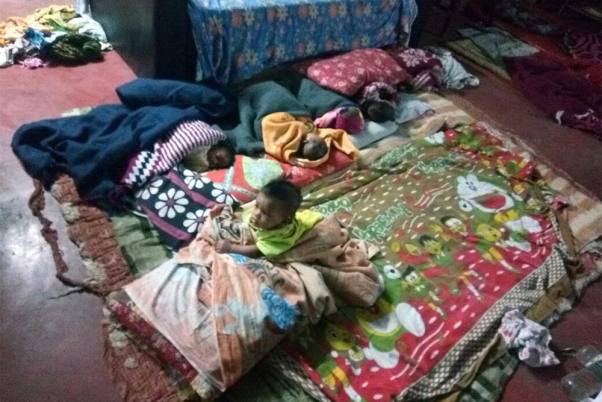 Babies found during a raid on Purbasha Home at Thakurpukur, Calcutta 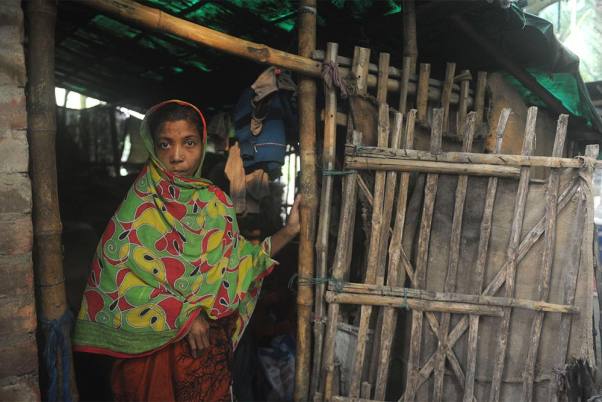 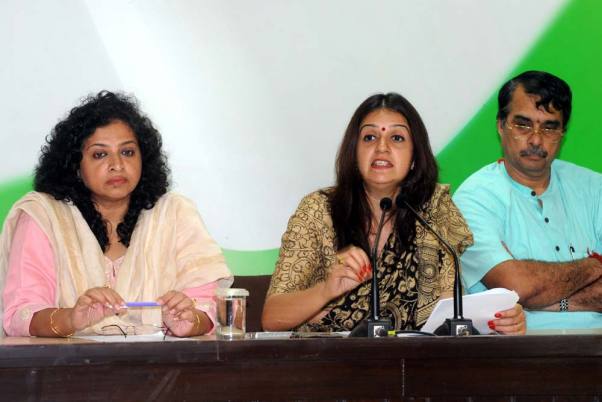 Congress spokesperson Shobha Oza (centre) speaks at a press conference held in reaction to the Outlook cover story on the trafficking of 31 tribal girls from Assam by Sangh affiliate outfits.
Read the story here: http://www.outlookindia.com/magazine/story/operation-betiuthao/297626 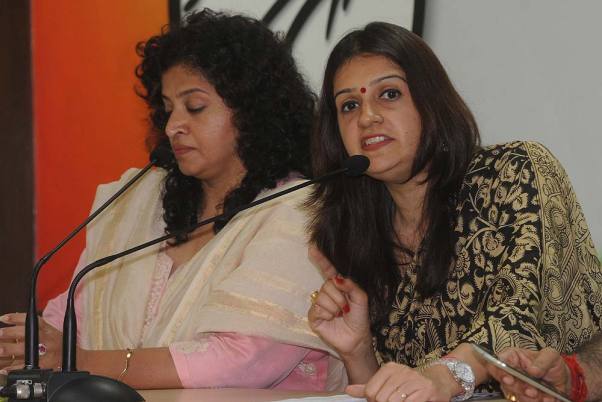 Shobha Oza with Priyanka Chaturvedi at a press conference on Child Trafficking Issue at AICC, in New Delhi. 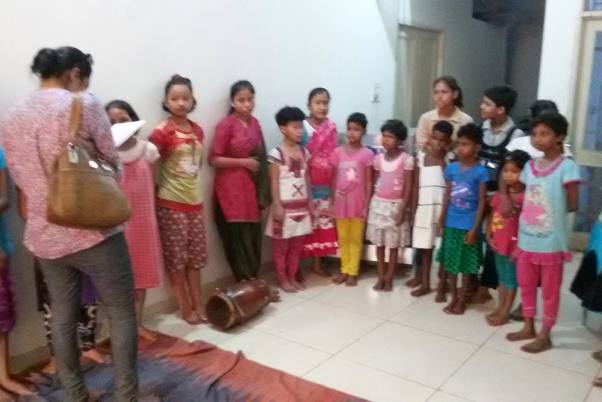 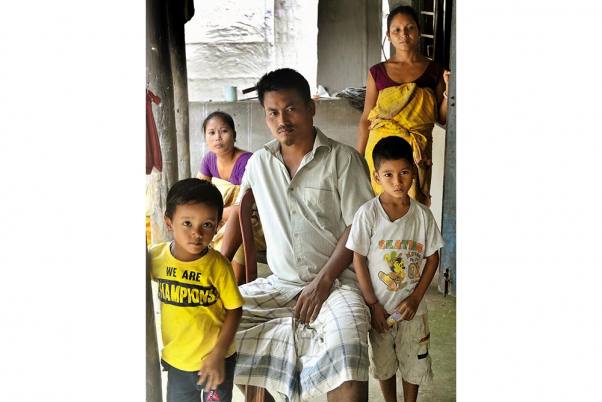 Brahma helped the Sangh parivar zero in on needy families 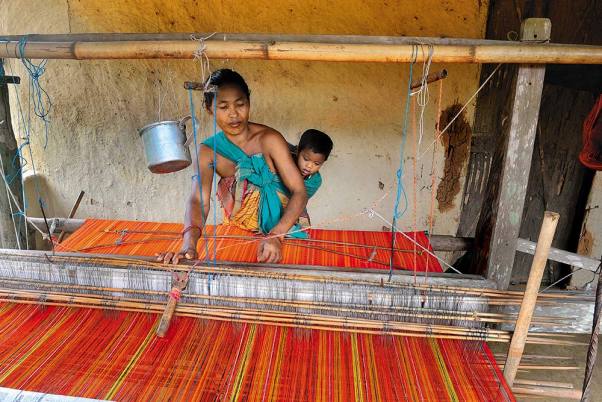 Ropi, whose daughter Divi is one of the 31 missing kids 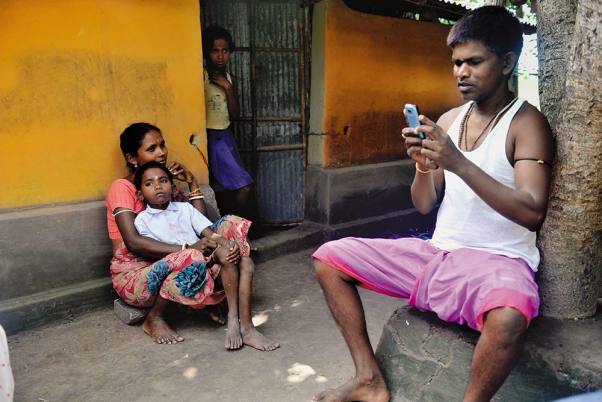 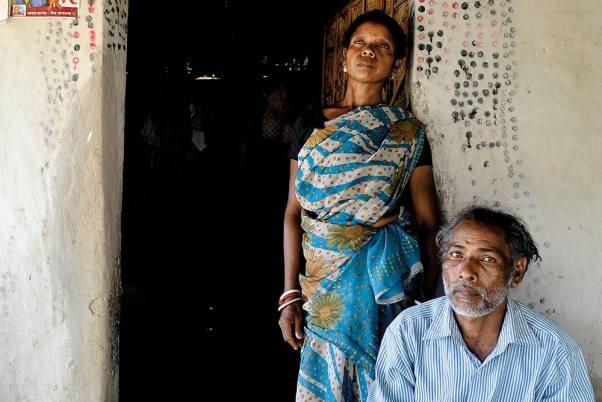 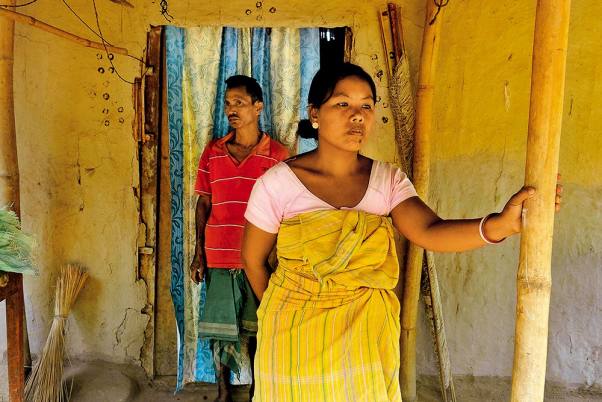 Champa Bas­u­­matary has no idea where daughter Babita is 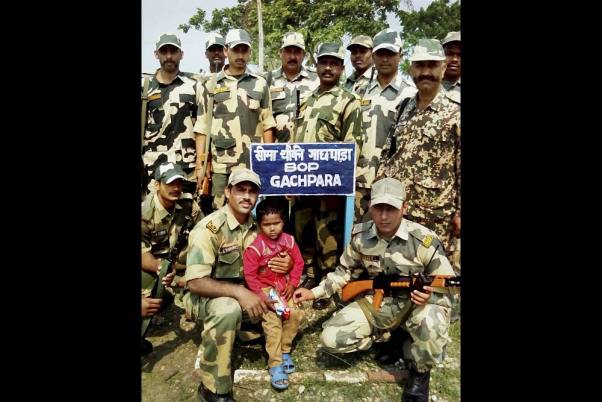 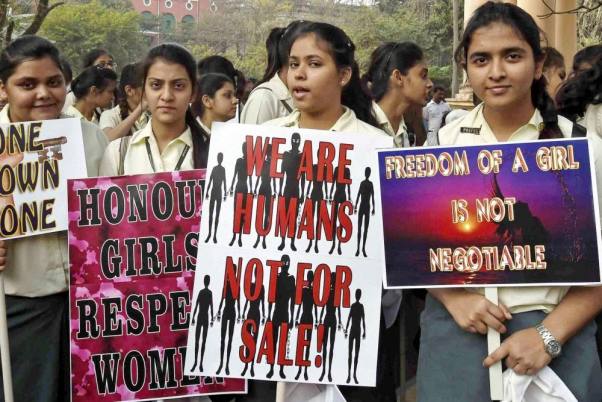 School children take part in a rally during 'Freedom Walk' against human and sex trafficking in Kolkata, West Bangal. 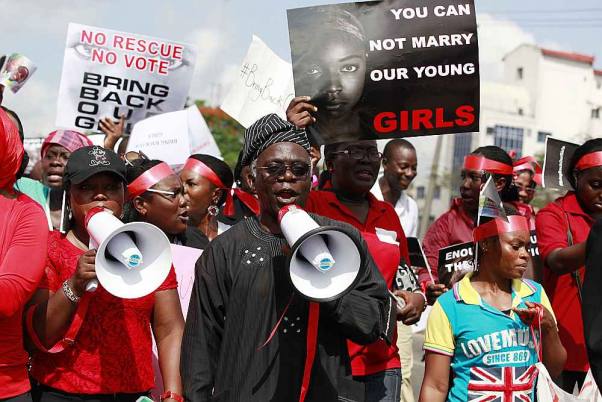 Activist stage a mass-demonstration calling on the government to increase efforts to rescue the hundreds of missing kidnapped school girls of a government secondary school Chibok, in Lagos, Nigeria. 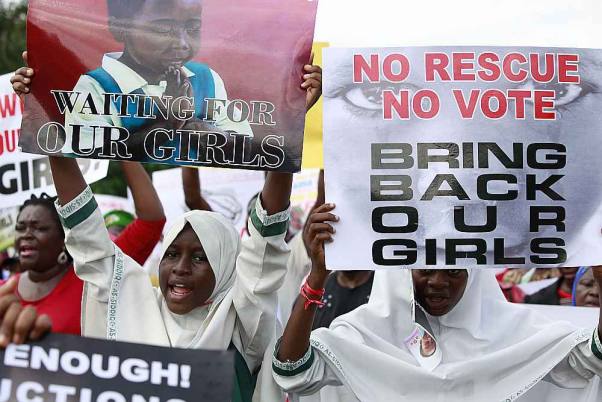 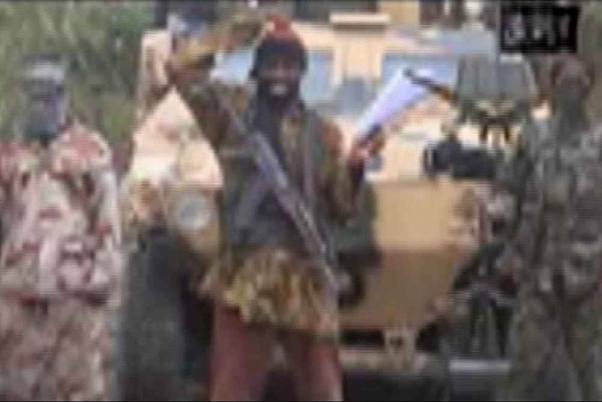 Abubakar Shekau, the leader of Nigeria's Islamic extremist group Boko Haram, speaks in a video in which his group claimed responsibility for the April 15 mass abduction of nearly 300 teenage schoolgirls in northeast Nigeria. Shekau threatened to sell the nearly 300 teenage schoolgirls abducted from a school in the remote northeast three weeks ago, in a new videotape received. It was unclear if the video was made before or after reports emerged last week that some of the girls have been forced to marry their abductors — who paid a nominal bride price of $12 — and that others have been carried into neighboring Cameroon and Chad. Those reports could not be verified. 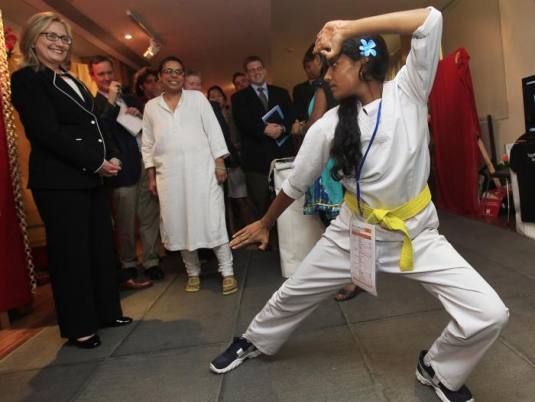 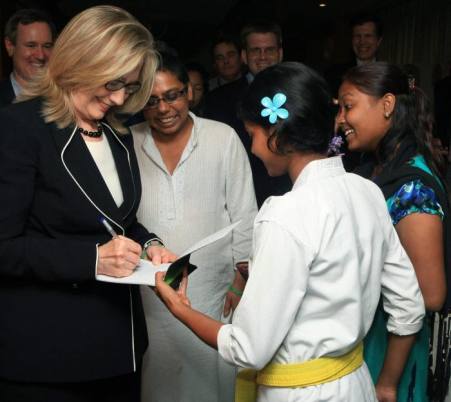 US Secretary of State Hillary Clinton gives autographs to Punam Khatoon and Uma Das, daughters of sex workers during her visit to ICCR. 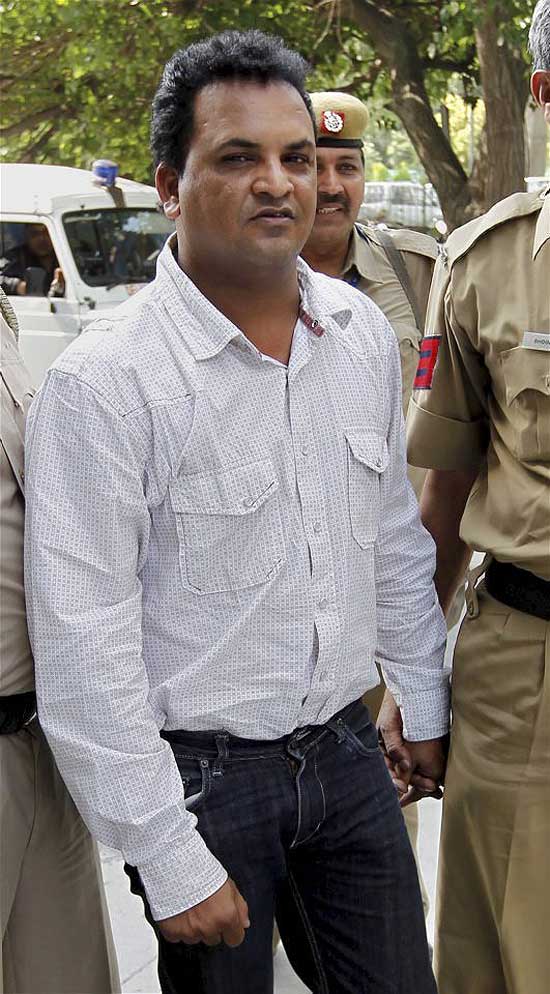 Cricketer Jacob Martin at Police headquarters in New Delhi. Jacob has been arrested in connection with a human trafficking case. 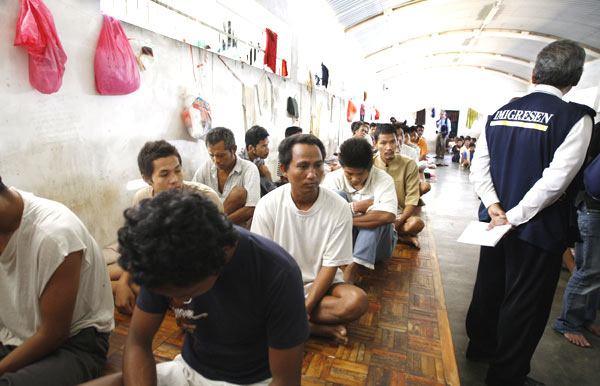 An immigration officer keeps watch over detainees at the KLIA Immigration depot on the outskirts of Kuala Lumpur. A Malaysian immigration official was charged with selling an illegal immigrant from Myanmar to human traffickers at the country's border with Thailand.

Vendors wait for fishing boats to arrive amid...

Farmers' Continue To Camp At Borders Amid Heavy...