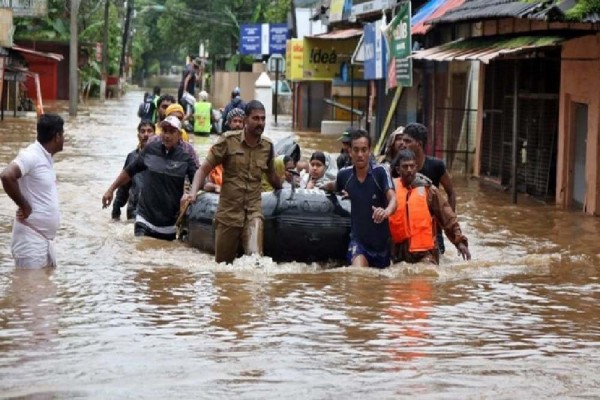 UAE Issues Advisory Against Travel To Kerala Due To Floods

Torrential rains continued to lash most parts of Kerala on Friday with the toll in the last three days rising to 28 in monsoon-related incidents, including two massive landslides, and over 64,000 people being shifted to relief camps.

As per the last count, nearly 44,000 people have been evacuated from flood-hit and rain-affected areas of Karnataka, where the rain fury has left 12 people dead in the past few days. 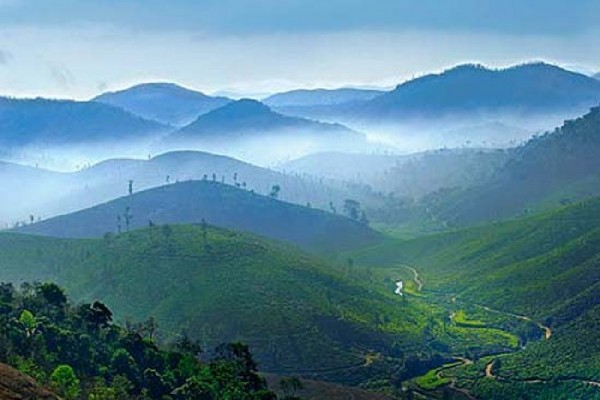 The Nilgiris district and surrounding areas have been experiencing heavy rains under the influence of the south-west monsoon for the last four days leading to a shutdown of educational institutions.

Kerala State Disaster Management Authority (KDSMA) has evacuated 22,165 people from flood-affected regions and they have been lodged in 315 camps across the state. 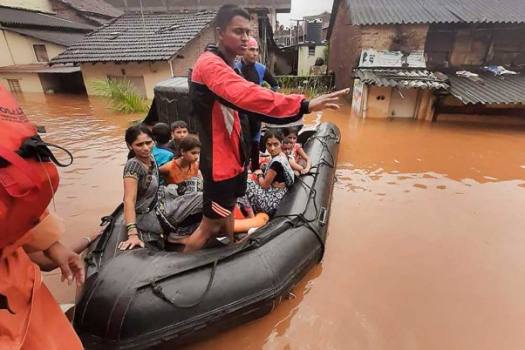 According to the India Meteorological Department, heavy to very heavy rains are likely in Madhya Pradesh, Chhattisgarh, Goa, Maharashtra, Gujarata, Karnataka and Kerala over the next two days. 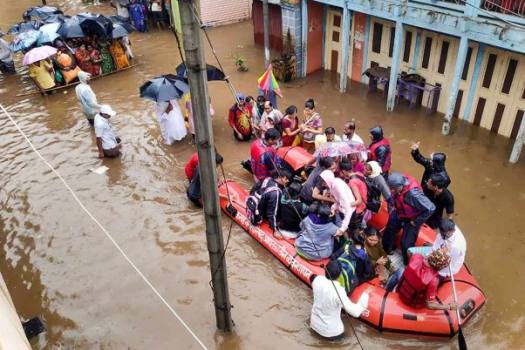 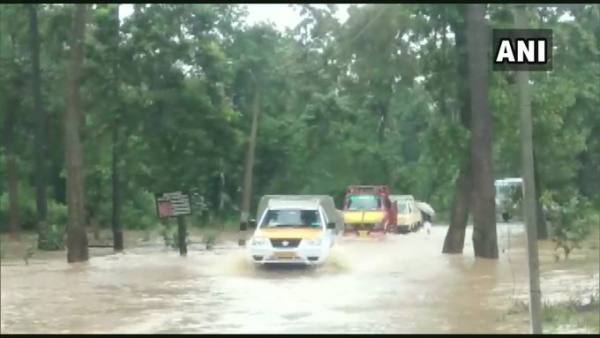 A red alert has been issued by the authorities in Idukki, Kozhikode and Malappuram districts. Kerala Chief Minister Pinarayi Vijayan has called for an emergency meeting to discuss the situation. 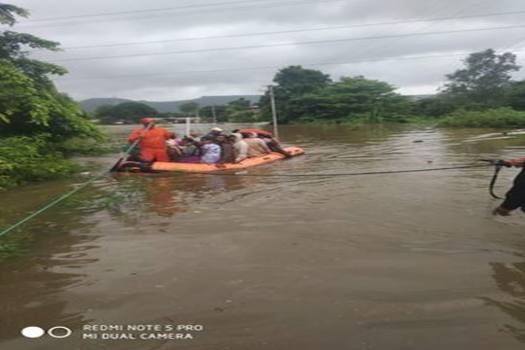 Following heavy downpour in Sangli in the last few days, the district jail premises, housing around 370 inmates, was inundated on Wednesday. 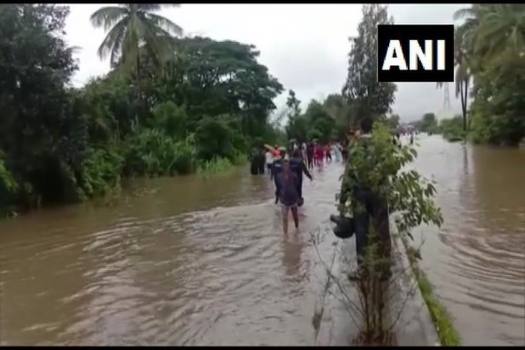 Due to incessant rains in western Maharashtra, the district administrations of Pune, Satara, Kolhapur and Sangli declared a holiday for schools and colleges on Tuesday 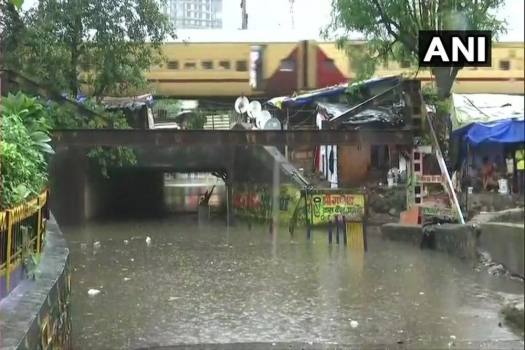 The India Meteorological Department (IMD) issued a warning of heavy rainfall in Mumbai on Saturday along with a high tide of 4.90 metres at 1.44 pm. 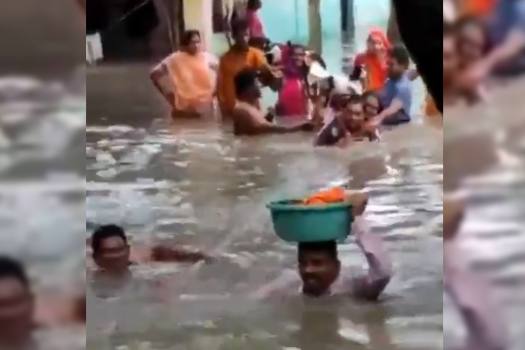 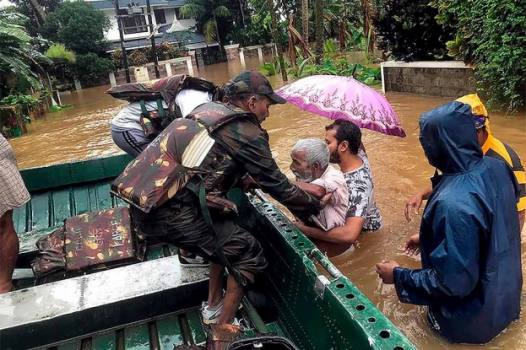 As torrential rains lashed Vadodara and nearby areas in central Gujarat creating a flood-like situation, Chief Minister Vijay Rupani has appealed people to shift from low-lying areas to safer places 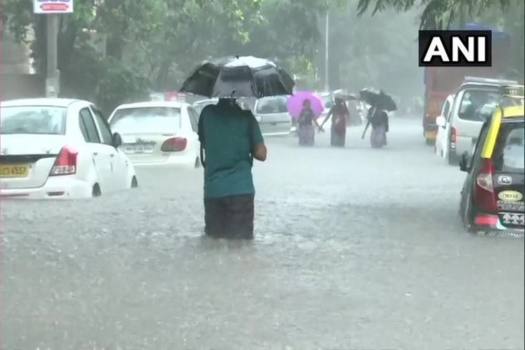 Mumbai and its suburbs, Thane, Palghar and Pune have received rainfall in excess of the normal average between June1 and July 24, IMD said. 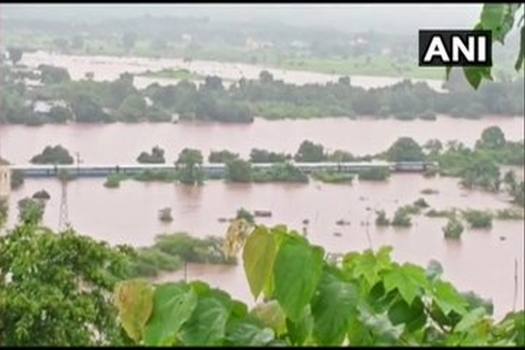 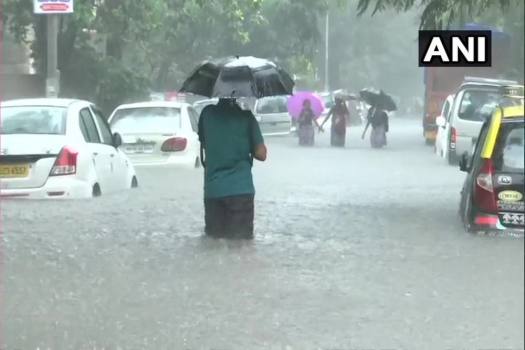 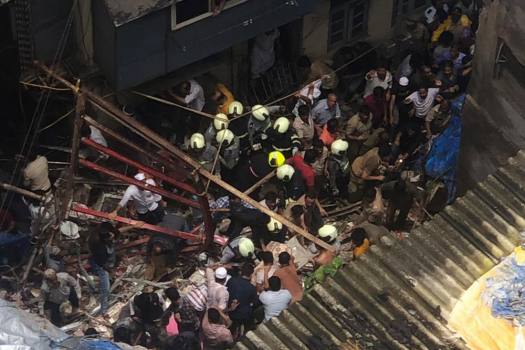 At least 40-50 people are feared trapped under the debris of a four-storey building that collapsed in Mumbai's Dongri. 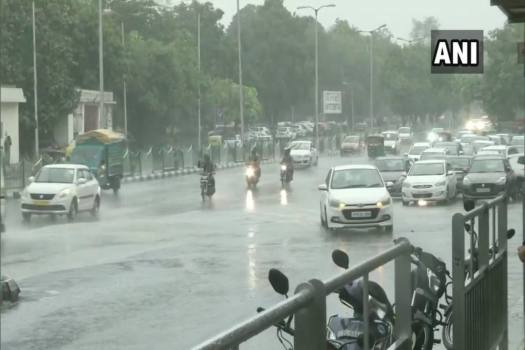