UP Building Collapse: 5 Killed After Two-Story House In Jaunpur Caves In On Sleeping Family

Uttar Pradesh CM Yogi Adityanath expressed concern over the incident in Jaunpur and directed officials to ensure proper medical treatment for the injured. 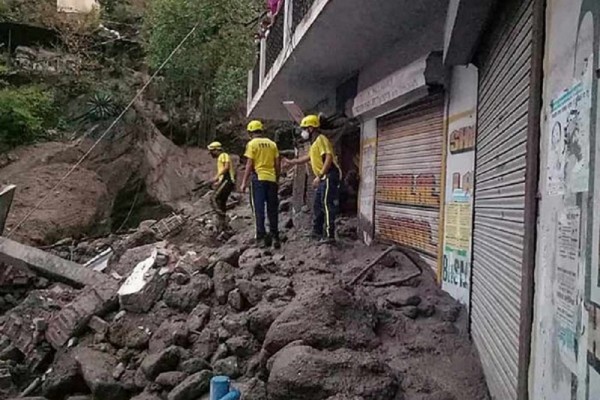 The bodies of three children were recovered and a search operation was on for those still missing.

According to fire department officials, a call was received around 1.30 pm about the house collapse in an auto market in Nand Nagri, following which six fire tenders were rushed to the spot.

Ten people were injured in the incident while seven of them were rushed to the Ghatkopar-based Rajawadi Hospital. Three others were taken to the Lokmanya Tilak Memorial Hospital in Sion.

“As people panicked and start shouting that electric current spread in the locality, I along with another woman relative stood on a wooden ladder in my shanty. After more than two hours, a man came to enquire about us and asked us to come out," said Laxmi, one of the two women.

Red Bull driver Max Verstappen of the Netherlands in action during practice session for the Saudi Arabian Grand Prix in Jiddah.

Barcelona's Sergio Busquets, left, tussles for the ball with Betis' Andres Guardado during the Spanish La Liga soccer match between Barcelona and Real Betis at the Camp Nou stadium, in Barcelona, Spain.