Mamata Banerjee was the Railway minister when the Kandahar hijacking case had taken place. 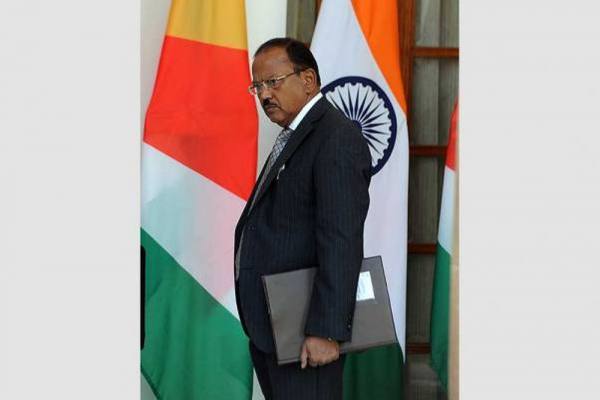 Congress spokesperson Randeep Sigh Surjewala claimed that Doval, who was then in the Intelligence Bureau, in his interview also saluted the Congress-led United Progressive Alliance's (UPA) policy vis-a-vis terror.

Azhar, along with some other terrorists, was released by the Indian government in December 1999 in lieu of the release of over 150 hostages of the IC-814 Indian Airlines flight that was hijacked to Kandahar.

A metro train runs on a railway track amid low visibility due to a cloudy weather, during the winter season in Ghaziabad.

Traditional musicians perform during celebrations for the UAE 50th National Day, at the EXPO 2020 Dubai, in Dubai, United Arab Emirates.

A thick layer of haze over city skyline on a cold winter day in Mumbai.