Ravichandran Ashwin has bridged the gap with top-ranked Test bowler Pat Cummins after finishing with four wickets in each innings in India's 372-run victory against New Zealand. 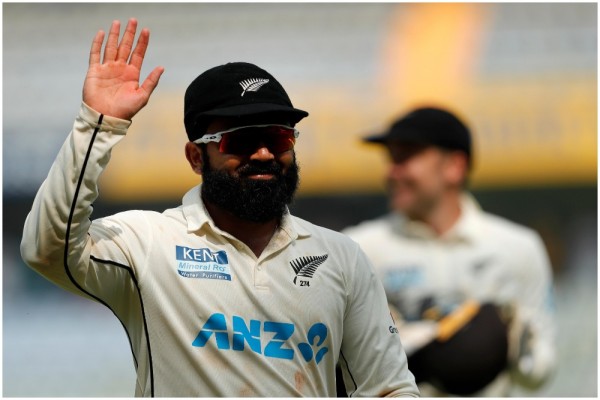 Ajaz Patel became the third bowler in the world to take all the 10 wickets in a Test innings after Jim Laker and Anil Kumble. Ajaz achieved the feat in his 11th Test match at the Wankhede Stadium in Mumbai.

Mayank Agarwal produced a 150-run knock in the first innings of the second Test against New Zealand and followed that up with a 62-run innings to be adjudged player of the match. 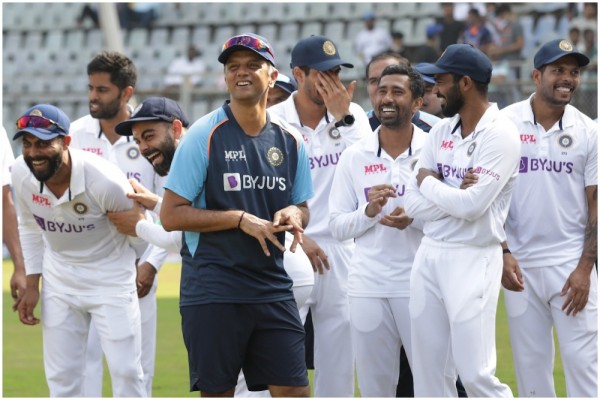 India lead the ICC Test Rankings with 3465 points while New Zealand take the second spot having accumulated 3021 points. On the World Test Championship table, India sit in the third spot with 42 points and a win percentage of 58.33.

Indian cricket team's new head coach Rahul Dravid is happy that new players took their opportunities in the India vs New Zealand series that the hosts won 1-0 in Mumbai. 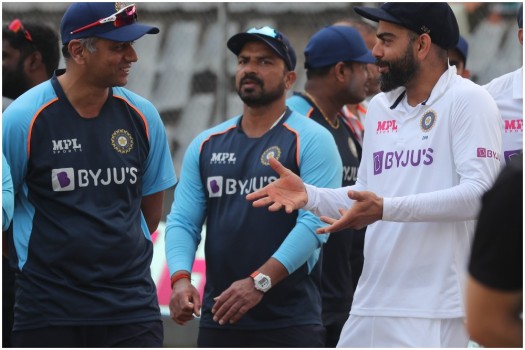 India defeated New Zealand 1-0 in the two-match Test series at home. The Virat Kohli-led side will travel to South Africa to play three Tests and three ODIs in a revised schedule later this month. 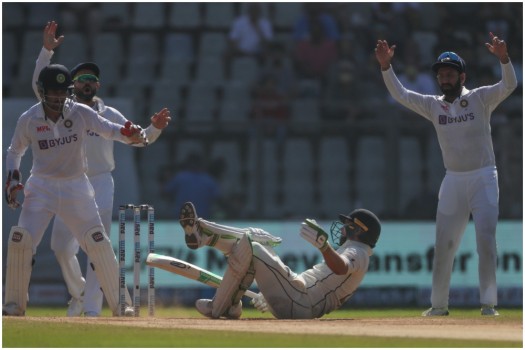 In reply to India's 321 in the first innings, Mohammed Siraj and Ravichandran Ashwin combined for seven wickets to bowl the visitors out in 28.5 overs. New Zealand eventually lost the Test match by 372 runs and the series too. 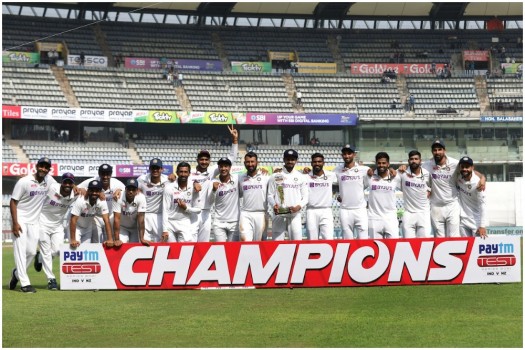 India took just 43 minutes on Day 4 to take the final five New Zealand wickets and win the second Test match in Mumbai. For the Kiwis, the only takeaway will be Ajaz Patel's 10 wickets in the first innings. He finished the match with 14/225. 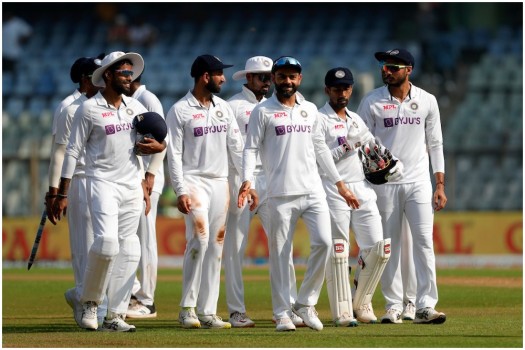 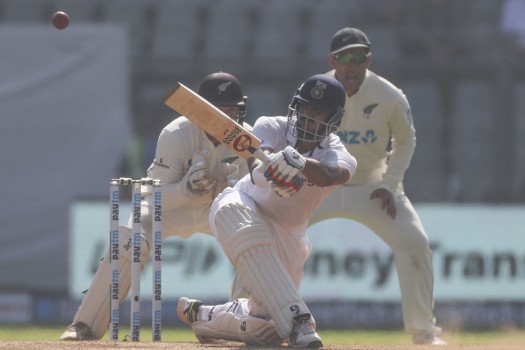 Axar Patel has so far claimed 36 wickets in five Test matches in 2021, including five fifers and one 10-wicket haul. He is fourth in the list of highest wicket-takers this calendar year, behind Ashwin, Shaheen Afridi and Hasan Ali. 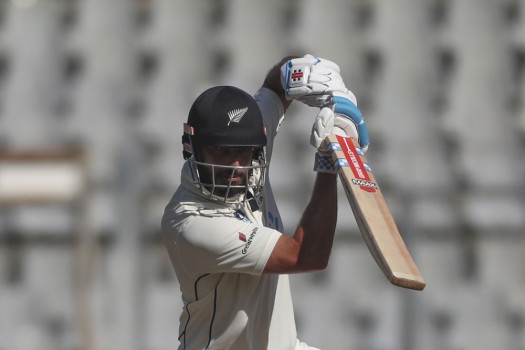 Chasing a massive target of 540 runs to win the second Test against India, New Zealand were 140/5 at the close of Day 3 in Mumbai. Daryl Mitchell, who so far top-scored the Kiwis in the second innings, shared his thoughts. 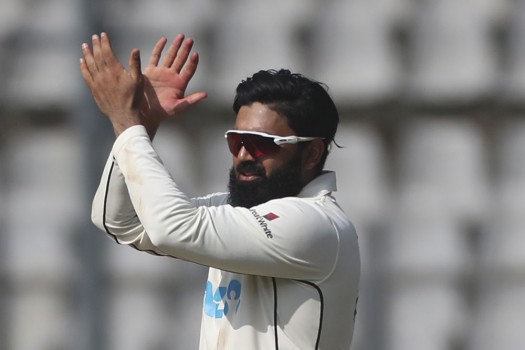 Ajaz Patel recorded match bowling figures of 14 for 225 in the Mumbai Test, overtaking Ian Botham for the best figures in a Test match against India. Ian Botham registered 13 for 106 match figures in Mumbai in the 1979-80 series. 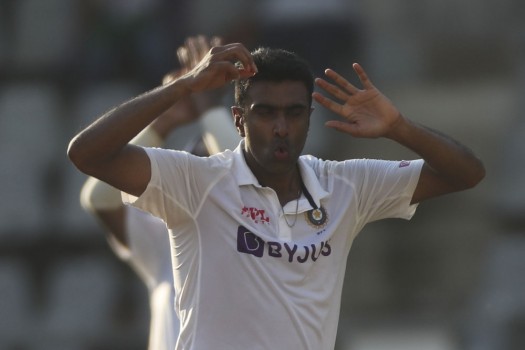 Ravichandran Ashwin claimed three wickets as India inched closer to a big win against New Zealand in the second Test. At the close of play on Day 3, the Kiwis were 140/5, still needing 400 runs. India declared their second innings at 276/7. 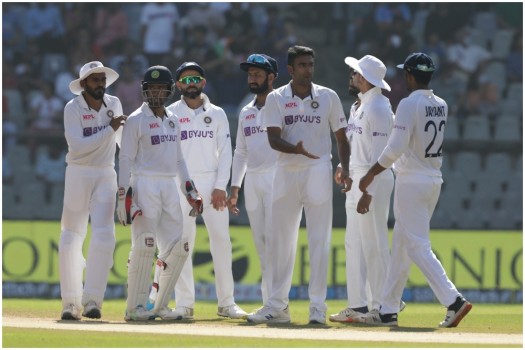 New Zealand once again fell to the spin trap of Ravichandran Ashwin and Axar Patel on Day 3. While Ashwin did the bulk of the damage, Axar dismissed dangerous-looking Daryl Mitchell for 60. Catch the Day 3 highlights of IND vs NZ here. 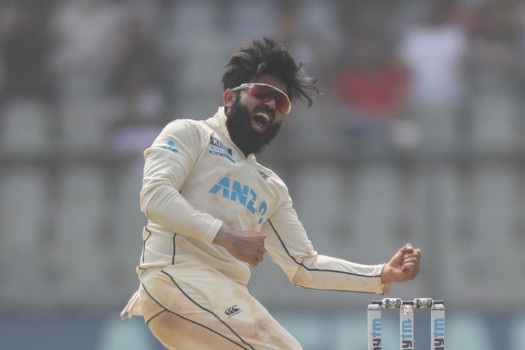 Anil Kumble, who's the second bowler to claim cricket's own 'perfect 10' against Pakistan in 1999, was among the first to congratulate Ajaz Patel. The New Zealand spinner took all ten Indian wickets in the first innings of the second Test. 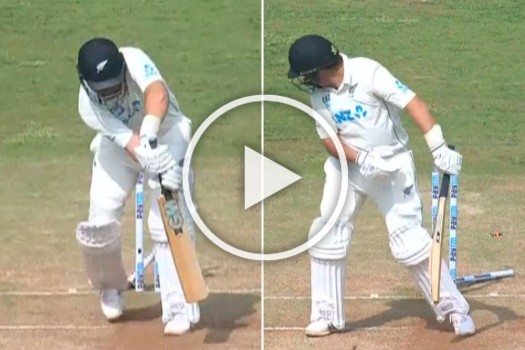 On a day New Zealand's Mumbai-born Ajaz Patel became only the third bowler to take all ten wickets in a Test innings, Mohammed Siraj led India's reply with an early burst, which resulted in three wickets for the right-arm pacer. 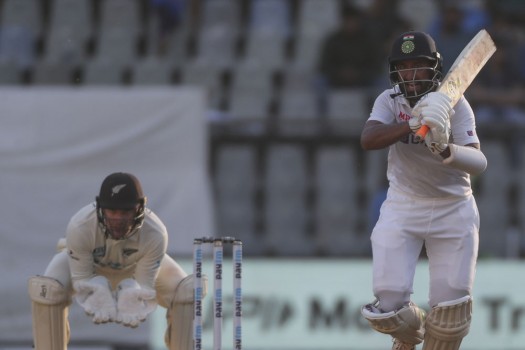 At the close of play on Day 2 of the second Test, India were 69 for no loss in their second innings with Virat Kohli deciding against enforcing the follow-on in second and final Test. New Zealand were dismissed for 62. 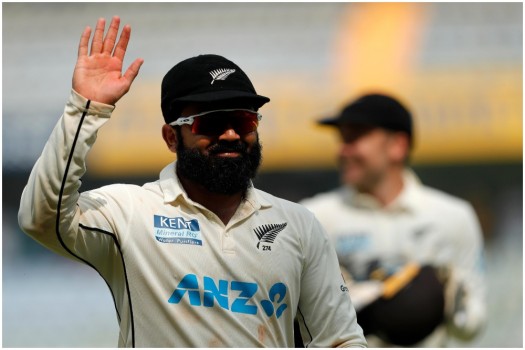 Ajaz Patel became only the third bowler to take all the 10 wickets in an international Test match. Jim Laker (10/53) achieved the feat against Australia while Anil Kumble's (10/76) milestone came against Pakistan.