Withdrawal of US Troop

The White House, however, defended the presidential decision, acknowledging that it was a split recommendation from Biden’s advisors and generals. 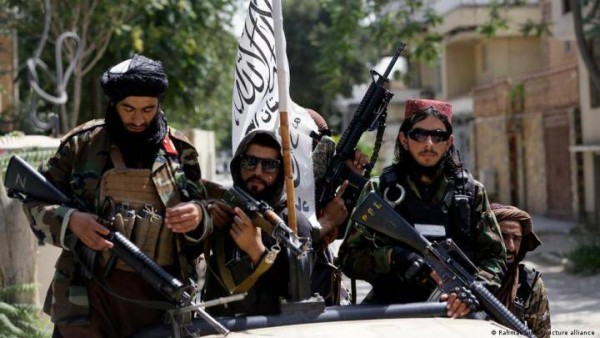 MI5 Director General Ken McCallum said the UK could face “more risk” because of the withdrawal of NATO troops and the overthrow of the internationally backed Afghan government. 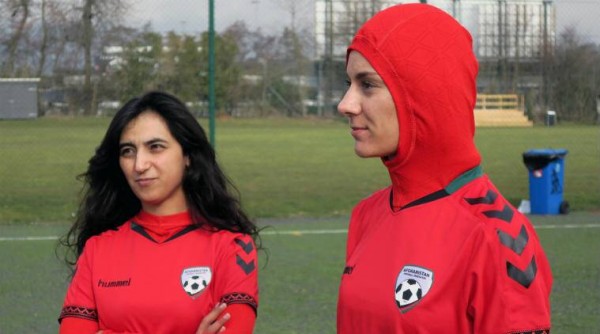 Frightened and desperate, the girls worry whether a far-flung coalition of former US military and intelligence officials, congressmen, US allies, humanitarian groups and the captain of the Afghanistan women's national team can get them and their loved ones to safety.

Foreign Secretary Harsh Vardhan Shringla is among the few foreign officials to be in town and the highest level Indian official to meet top officials of the Biden administration after the withdrawal of US troops from Afghanistan. 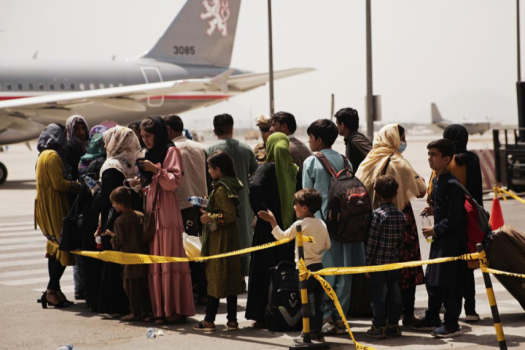 On Sunday, the US carried out its second drone strike in Afghanistan, again targeting the ISIS-K after 13 US soldiers were killed in twin suicide attacks in Kabul Airport last week. 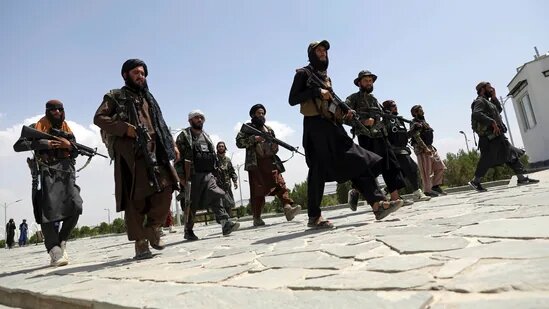 Qatar Emerges As Key Player In Afghanistan After US Pullout

Now the tiny Gulf Arab state is being asked to help shape what is next for Afghanistan because of its ties with both Washington and the Taliban, who are in charge in Kabul. 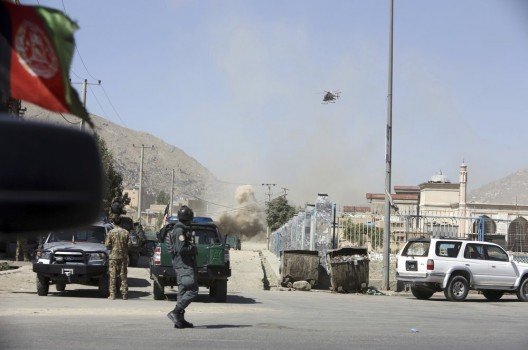 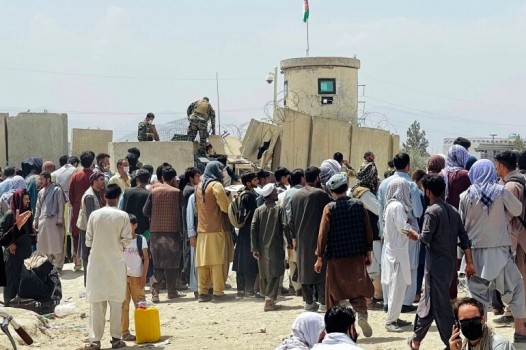 According to spokesman of the US Central Command Capt Bill Urban, 'We are still assessing the results of this strike, which we know disrupted an imminent ISIS-K threat to the airport'. 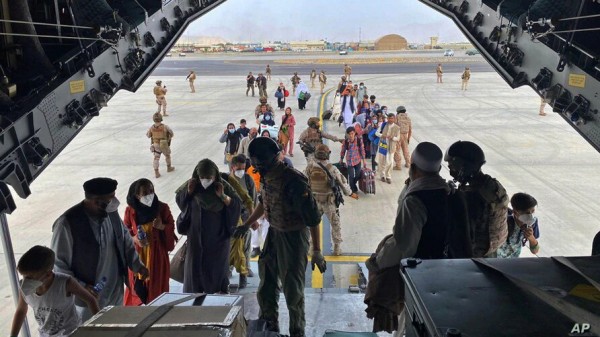 The 29-year-old journalist and nine close relatives managed to board one of the evacuation planes and are now going through the lengthy asylum process while starting a new life in a northern Spanish city. 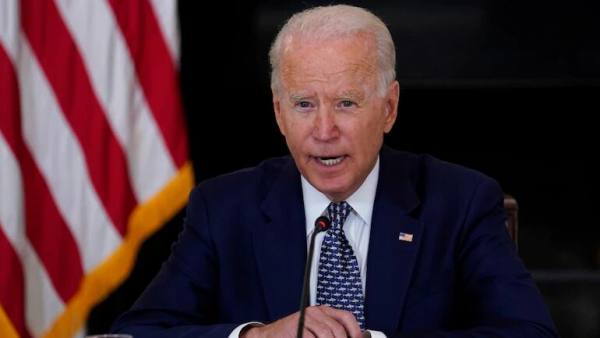 Another Terror Attack Likely In Kabul, Upcoming Few Days 'Most Dangerous': US

President Joe Biden received information regarding anticipation of a repeated terror attack when he met with his national security team in the Situation Room alongside top commanders and diplomats in the field. 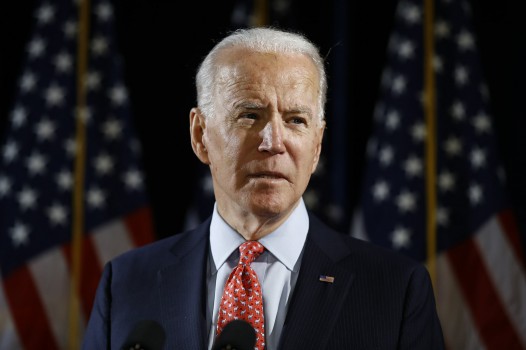 Tens of thousands of people remain to be evacuated ahead of the United States' August 31 deadline to withdraw its troops from the country, although the pace picked up overnight 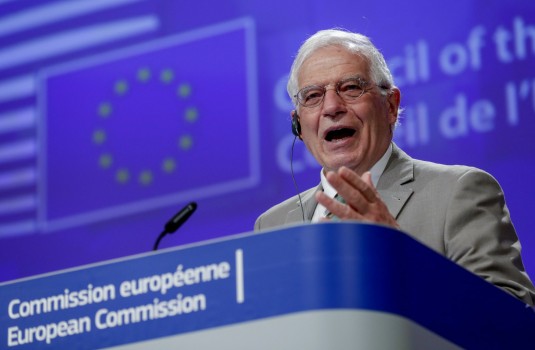 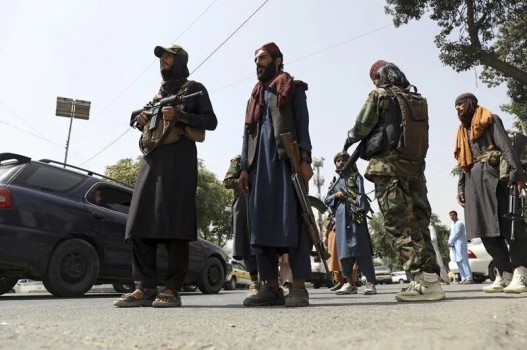 The statue stood in the central Bamyan province, where the Taliban infamously blew up two massive 1,500-year-old statues of Buddha carved into a mountain in 2001 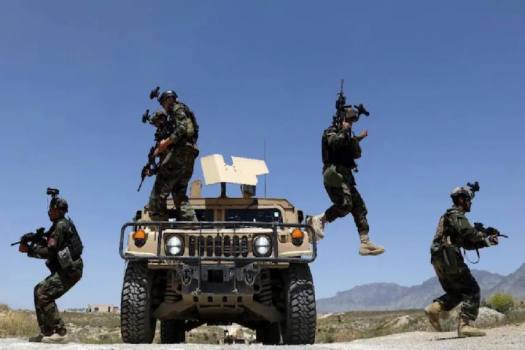 Pentagon spokesman John Kirby briefed reporters Monday on the additional deployments aimed at bringing a semblance of order to the evacuations in Afghanistan in wake of Taliban takeover. 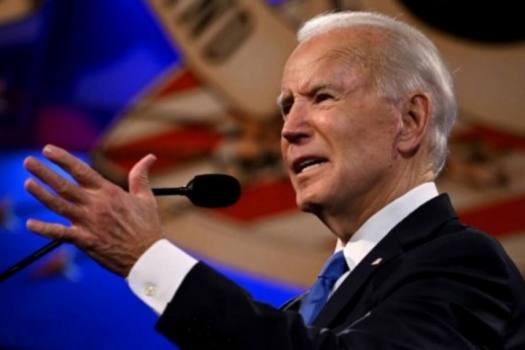 According to a defence official, while 1,000 US troops are already in Afghanistan, another 3,000 were ordered by US President Joe Biden last week to ensure the safe drawdown of American personnel from the war-torn country. 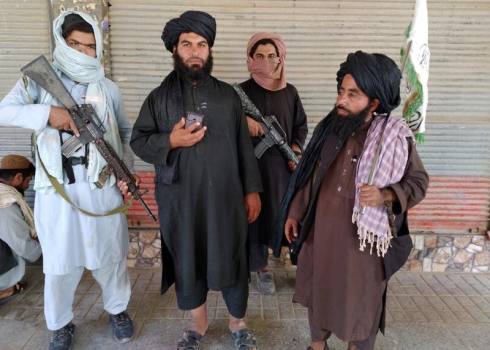 The Taliban captured all of Logar and detained its provincial officials, Hoda Ahmadi, a lawmaker from the province, said on Saturday. 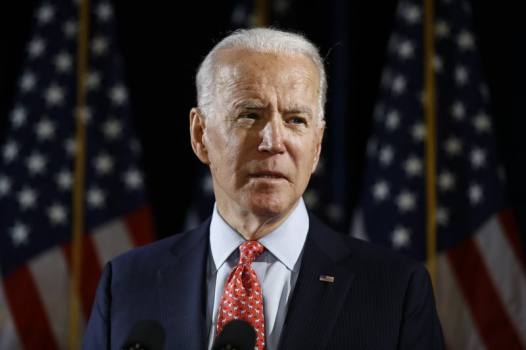 President Biden has ordered the withdrawal of all the US troops from Afghanistan by September 11. The Pentagon says it has already withdrawn more than 90 per cent of its troops from the war-ravaged country.

Mortal remains of CDS Gen Bipin Rawat and his wife Madhulika Rawat, who were killed in an IAF's Mi-17V5 helicopter crash in Tamil Nadu yesterday, arrive at Madras Regimental Centre in Wellington.

Mortal remains of CDS Gen Bipin Rawat, his wife Madhulika Rawat and 12 other officials, who were killed in an IAF's Mi-17V5 helicopter crash in Tamil Nadu yesterday, arrive at Madras Regimental Centre in Wellington.

Activist Sudha Bharadwaj comes out of Byculla jail after getting bail after 3 years in Bhima Koregaon violence case, in Mumbai.

Opposition parties' MPs and suspended Rajya Sabha MPs interact with media during their protest demanding revocation of the suspension, at Parliament in New Delhi.