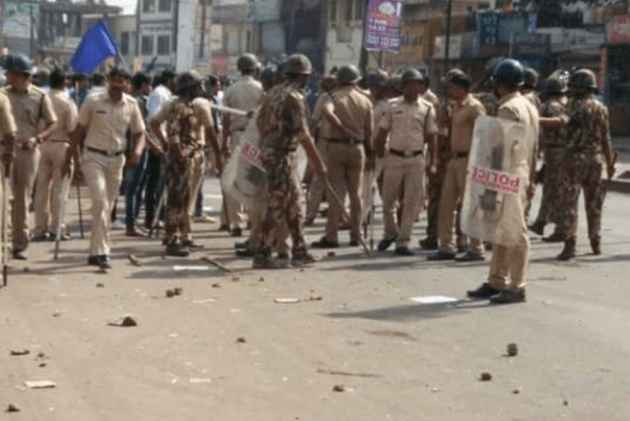 Maharshtra Chief Minsiter Devendra Fadnavis on Tuesday ordered a CID inquiry in the death of a youth at a Dalit rally in Koregaon near Pune. Announcing Rs 10 lakh compensation for the victim's kin, he said that a request will also be made at the Supreme Court for judicial inquiry in matter of  violence at the protest.

"Request will be made to SC for judicial inquiry in Koregaon violence matter and CID inquiry will also be conducted on the death of the youth. 10 lakh compensation for victim's kin," news agency ANI quoted him as saying.

An event led by Dalits to mark the 200th anniversary of the Bhima Koregaon battle in Pune district, in which forces of the East India Company defeated Peshwa's army, turned violent on Monday afternoon when a clash broke out, leaving at least one person dead.

Dalit leaders commemorate the British victory, as it is believed that soldiers from the Mahar community -- then considered untouchable -- were part of the East India Company's forces. However, some right-wing groups in Pune had expressed opposition to celebration of the 'British' victory.

Incidents of stone-pelting and vandalism occurred at Bhima Koregaon in Shiroor tehsil in the afternoon on Monday when people were heading for the war memorial in the village, the police said.

A man died in the violence, a top police official told PTI late in the evening. However, his identity and how exactly he died was not known yet, the officer said. According to the report around 40-50 vehicles were damaged and less than half-a-dozen people injured.

The violence erupted after a local group and some members of the crowd on its way to the memorial had an argument over some issue.

"Stone-pelting started after the argument. During the violence, some vehicles and a house in the vicinity were damaged," a police officer deployed for security at Bhima Koregaon said without elaborating.

He said the police stopped traffic on the Pune-Ahmednagar highway for sometime following the incident.

The situation in the village is under control now, he said.

"More police personnel, including companies of the State Reserve Police Force, have been deployed," the officer said.

He said mobile phone networks were also blocked for some time to stop circulation of inflammatory messages.

The rise of Saffron Terrorism under @BJP4India @narendramodi @Dev_Fadnavis
What happened in #BhimaKoregaon is highly condemnable and whole Ambedkarite community will fight back. pic.twitter.com/JLl4JYlc7S

Union minister Ramdas Athawale has sought state intervention in the case. He asked CM Devendra Fadnavis to set up an inquiry and ensure that the Dalits had police protection for the event, reported NDTV.

The battle of Bhima Koregaon was fought on January 1, 1818. Some Dalit leaders and thinkers view its outcome as a victory of oppressed classes over the upper-caste establishment of those times.

Earlier in the day, Dalit leader and independent MLA from Gujarat Jignesh Mevani visited the war memorial in the village. Mevani had also attended `Elgaar Parishad' held in Pune to commemorate the battle on Sunday.

"Dalit groups visiting Bhima Koregaon were stopped at Sanaswadi near Koregaon. Stones were hurled at them. No police force was available for their protection," Athawale said in his letter to the state CM.