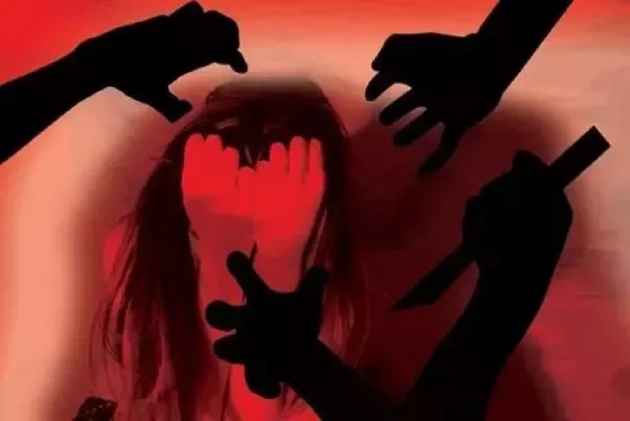 A 10-year-old girl was allegedly raped, smothered and her body dumped at an agricultural field near her house at a village here, the police said today.

The minor's body was found yesterday with her legs tied and mouth stuffed with cloth.

The incident comes days after a 19-year-old college student was allegedly gangraped in Bhopal, which triggered public outrage against the police.

The 10-year-old girl had on Friday evening gone out of her house to deliver supper to her father, a farmer, in Dewas's Sundrel village, located around 90 kms from the district headquarters, Katare said.

Her body was found yesterday morning at a farm, less than half-a-kilometre away from their agricultural field, hes aid.

Katare said the investigation suggests that the unidentified culprit knew the victim well and to hide his crime, he killed her.

According to the forensic science laboratory and the doctors who examined the body, the girl died of suffocation on Friday after being raped, the official said.

"We have booked the unidentified accused under IPC sections 376 (rape) and murder (302) and relevant provisions of the Protection of Child from Sexual Offences (POCSO) Act," Katare said, adding that a search for the culprit was on.

Earlier, in Bhopal, a woman was allegedly abducted and raped by four men near railway tracks in the vicinity of the Habibganj railway station here on the night of October 31 when she was returning home after attending coaching classes.

The Government Railway Police (GRP) had arrested three men while another accused is on the run.

The woman reportedly made several rounds of various police stations to lodge the FIR but was allegedly turned away over 'jurisdiction' of the crime. She was able to file her complaint after two days.