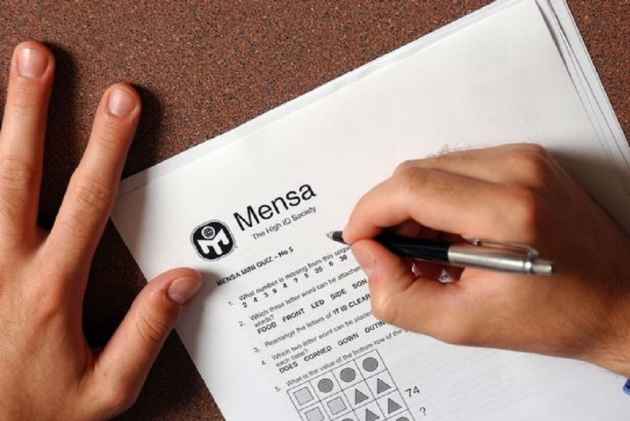 A 10-year-old Indian-origin boy in the UK has become the youngest applicant in a decade to achieve the highest score in the Mensa IQ test, beating geniuses like Albert Einstein and Stephen Hawking.

Mehul Garg, also known by his nickname Mahi, decided to take the test to follow in the footsteps of his older brother, 13-year-old Dhruv Garg, who had also scored the highest score of 162 last year.

"Mahi is fiercely competitive. His older brother had achieved the same score last year so he really wanted to prove that he is no less intelligent than his brother," said his mother Divya Garg.

The pupil of Reading Boys Grammar School in Reading, southern England, scored the maximum score of 162 to become a member of Mensa, the High IQ Society.

His score is two points higher than Einstein and Hawking and places him in the top one per cent of people in the world who achieve this distinction.

"Mehul said the paper challenged his language skills, including analogies and definitions, and his sense of logic," said his mother.

The anxiety of the time-pressured exam did make the 10- year-old extremely nervous but cheered on by his father, Gaurav Garg, he relaxed after he had solved the initial few questions.

While his passion is cricket and ice-skating, the schoolboy whose favourite subject is mathematics has ambitions of heading a major tech company like Google. He enjoys solving the Rubik's cube under 100 seconds and is also pursuing higher grades in playing the drums.

But he and his brother also find time to pursue other projects and are currently raising funds to build an app to reduce social isolation by connecting neighbours with each other.

"We are passionate young men with an ambition to make a difference in the world around us," they write on their online fund raising page, which has already attracted over 1,300 pounds.

"They both are currently working on social projects and want to give something back, to make the world a better place. And I hope they continue on this path always. For me this is more important than their marks," said their mother.

Mehul is also working towards his participation in the 'Child Genius 2018' show on Channel 4 after being shortlisted among the top 100 candidates for this year.