Modi will inaugurate the Kashi-Vishwanath Dham, a renovated pilgrimage corridor at the centre of which is the Kashi Vishwanath Temple on Monday, an event the BJP will be broadcasting live at more than 51,000 places across the country. 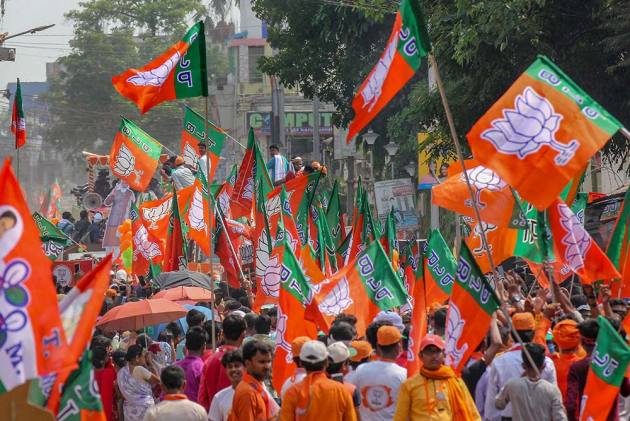 The chief ministers of 12 BJP-ruled states will attend a two-day conclave in Varanasi from Monday in which nine deputy chief ministers of the party will also participate to deliberate on a wide range of subjects relating to good governance.

Prime Minister Narendra Modi will also attend the event aimed at showcasing the best governance-related practices from the party-ruled states, BJP general secretary Arun Singh said in a statement, asserting that the conclave will provide chief ministers an "opportunity to learn and grow from others and highlight the good they are doing".

Modi will inaugurate the Kashi-Vishwanath Dham, a renovated pilgrimage corridor at the centre of which is the Kashi Vishwanath Temple on Monday, an event the BJP will be broadcasting live at more than 51,000 places across the country.

"From the hill states to coastal states, from the northeast to southern India, from the western most part of India to the eastern most and the heart of India, the conclave will encapsulate the diversity of India," he said.

This conclave will witness extensive and fruitful deliberations on a wide range of subjects relating to good governance and the pro-people initiatives being undertaken in line with the BJP’s focus on all-round development, he said.

Modi himself has served for 13 years as a chief minister and thus is sensitive to the aspirations of the states, Singh said, adding that as prime minister, he has always worked in line with the mantra of cooperative federalism. Through the COVID-19 pandemic, regular meetings were held with chief ministers and they were consulted on different aspects of fighting the pandemic, Singh said.

The conclave will begin after the Kashi Vishwanath corridor is dedicated to the nation by Modi, and the chief ministers will join various cultural and spiritual programmes, including a visit to the ghats and the viewing of the Ganga aarti by boat. Such a conclave is being held in Varanasi for the first time, and the inaugural session will be addressed by BJP president J P Nadda while Modi will deliver the valedictory address, he said.

Besides Nadda and Modi, BJP general secretary (organisation) B L Santhosh, Union minister Bhupender Yadav and former party vice president Vinay Sahasrabuddhe, who has been associated with the BJP’s good governance department, will also be present, he said.