Efforts are on to rescue at least 13 people who got trapped in a "rat hole" coal mine in East Jaintia hills two days ago, Meghalaya Chief Minister Conrad Sangma said on Friday. 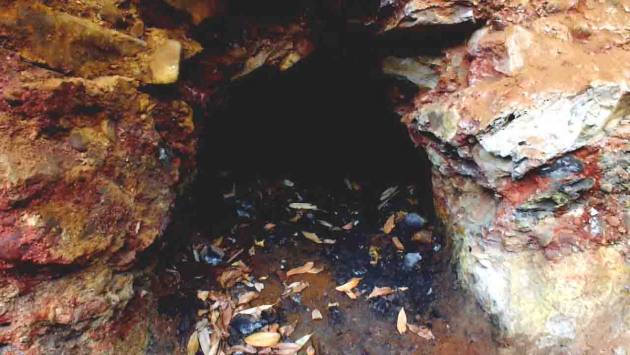 Thirteen people remain trapped in a flooded illegal mine in Meghalaya's East Jaintia hills district even a day after the incident as efforts to pump out water, which has been continuing since Thursday, failed to yield any result.

After the incident came to light on Thursday morning, a pump was pressed into service around 4 pm that day and is being switched off every three hours to give it a rest, officials said Friday.

"We are trying to pump the water out from the mine which is about 370 feet deep. The water level is about 70 feet according to the NDRF," Police DIG (eastern range) A R Mawthoh told PTI.

However, the water level has not gone down and two more pumps would be put to service later in the day, East Jaintia Hills district SP Sylvester Nongtynger, who is supervising the operation, said.

NDRF divers will also make an attempt to reach the trapped miners, the DIG said.

Water from nearby Lytein river gushed inside the mine at Ksan village under the jurisdiction of Saipung police station on Thursday. However, there is confusion about the exact number of stranded miners, a some locals claimed that five people came out of the mine after it was flooded.

But the five could not be traced till now.

"The police reached at the figure 13 after talking to the local people, and as of now, the number is still 13. But it may change if we get confirmation about a fresh figure," the SP said.

The National Green Tribunal has banned unscientific and unsafe rat-hole coal mining in Meghalaya in 2014.

Police have registered a case against mine operator James Sukhlain of Lumthari village, for running the mine illegally and at present he is absconding.

The miners went in by a 15 feet by 15 feet vertical shaft which is around 370 feet deep. At the bottom of the mine, at least four to five horizontal holes are dug from which coal chips are taken out, local people said.

"The chances of survival of the miners are very bleak. The mine is way deeper than the nearby river. There are also around 20 shafts," an elder from the village said, adding three of the trapped miners are from the village and the rest are non-tribals.

Terming the accident "unfortunate", Chief Minister Conrad K Sangma said the NDRF, the SDRF and the state police are doing their best to save the lives of the miners.

Admitting that the illegal mining continues despite the NGT ban, the chief minister said, "Appropriate actions will be taken against people who are involved in illegal mining."