1.35 Lakh BJP Workers In UP To Donate Blood To Patients In Govt Hospitals 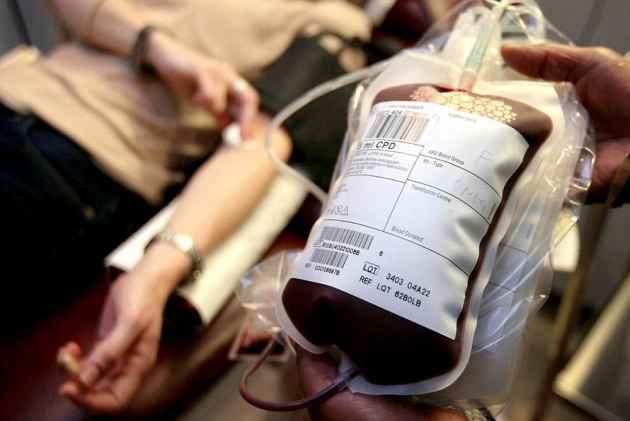 The state unit of BJP has prepared a strong force of 1.35 lakh party workers who will be virtually a call away from relatives of patients (admitted in government hospitals), and not hesitate in walking the extra mile to donate blood, an official said today.

After conducting extensive blood tests, the UP unit of the BJP has come up with a directory of 1.35 lakh BJP workers who will double up as blood donors.

Party workers are of the view that the directory will come handy to needy patients during critical hours.

"This will help us in forging a blood relationship with the common and ordinary citizens of the state, and help us in realising Antyodaya -- the teachings and philosophy of Pandit Deen Dayal Upadhyay -- in letter and spirit," UP BJP spokesperson Shalabh Mani Tripathi told PTI.

"The directory containing names of 1.35 lakh BJP workers, who will also be blood donors has been mentioned along with their mobile numbers.

"This blood donors' directory will come handy to patients and their relatives during critical hours, when they need blood.

"At times, it has been seen that during critical hours, relatives of patients (especially the poor ones) are forced to run from pillar to post to arrange blood. This blood directory will come handy at such junctures," the UP BJP spokesperson said.

The directory of blood donors has been prepared under the birth centenary celebrations of Jan Sangh stalwart Pandit Deen Dayal Upadhyay.

"The enthusiasm level of the BJP workers was at an all- time high during the campaign. During the last six days blood test camps were held under UP BJP secretary Neelima Katiyar, after which the directory of blood donors was finalised," Tripathi said.

The directory will consist the names of the blood donors (district-wise), their blood groups, mobile numbers and residential addresses.

"The list of donors has been classified as per 75 districts of the state. It will be made available at all the district hospitals in the state. The party workers (blood donors) whose name is mentioned will be allowed to donate blood twice in a year," the UP BJP spokesperson said.