It called the move "a culmination of President Trump's oft-stated commitments ... To punish and disparage people with Mexican roots." 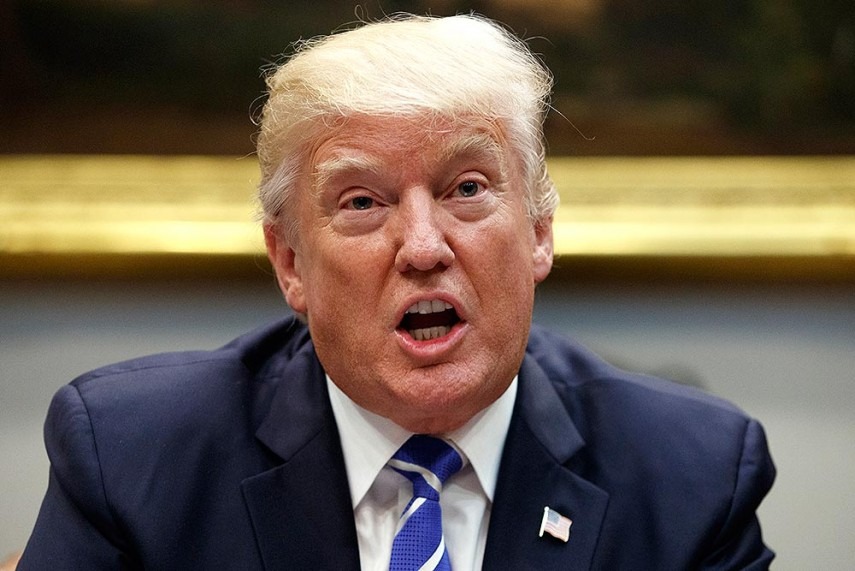 Fifteen states and the District of Columbia have sued the US government to block President Donald Trump's plan to end protection against deportation for young immigrants who New York's attorney general labeled the "best of America."

The lawsuit filed in federal court in Brooklyn asked a judge to strike down as unconstitutional the president's action involving the Deferred Action for Childhood Arrivals program, or DACA.

It called the move "a culmination of President Trump's oft-stated commitments ... To punish and disparage people with Mexican roots."

The attorneys general who brought the lawsuit all Democrats represent states where the population of DACA participants known as "dreamers" ranges from hundreds to tens of thousands. They were brought to the US illegally as children or came with families who overstayed visas.

He said the 42,000 New Yorkers with protected status under the program are largely model citizens.

"They are the best of America," Schneiderman said.

"Dreamers play by the rules. Dreamers work hard. Dreamers pay taxes. For most of them, America is the only home they've ever known. And they deserve to stay here," he added, using the term that came from a failed piece of legislation called the DREAM Act.

The lawsuit filed yesterday says rescinding DACA will injure state-run colleges and universities, upset workplaces and damage companies and economies that include immigrants covered under the program.

"The consequence of the president's animus-driven decision is that approximately 800,000 persons who have availed themselves of the program will ultimately lose its protections" and be exposed to deportation, the lawsuit says.

Attorney General Jeff Sessions said Tuesday the program will end in six months so Congress can have time to find a legislative solution for people in the program.

California, one of the most solid Democratic states, was noticeably absent.

Under Trump's plan, people already enrolled in DACA remain covered until their permits expire. If that happens before March 5, they are eligible to renew them for another two years as long as they apply by October 5. But the program isn't accepting new applications.

Opponents of the program said they are pleased with the Trump administration's decision. They called DACA an unconstitutional abuse of executive power.

Washington Gov. Jay Inslee and Attorney General Bob Ferguson, both Democrats, called Trump's action cruel and outrageous, given that the decision was announced by Sessions rather than the president himself.

A half-dozen beneficiaries of DACA young adults from Mexico, Venezuela, Peru and elsewhere, including some now working at law firms or for the state Legislature flanked Inslee and Ferguson at a news conference in Seattle announcing the lawsuit.

"It's outrageous, it's not right," an emotional Ferguson said. "As attorney general for the state of Washington, I have a hammer, it's the law."

Inslee said, "This is one more of a long train of abuses that this president has attempted to foist on this great nation."