18 Tamil Nadu MLAs Case: Why Change of Judge A Boost For TTV Camp 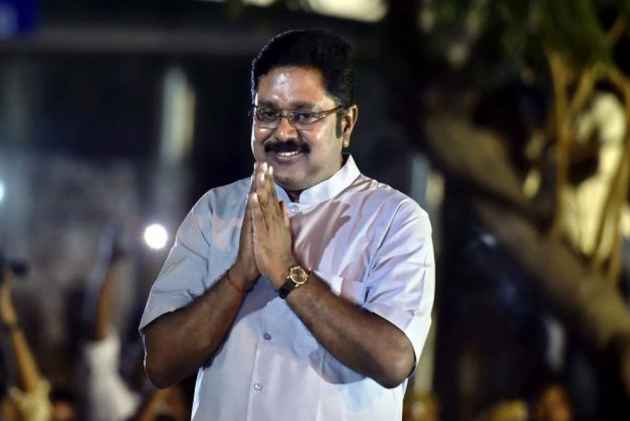 The Supreme Court’s Wednesday order appointing Justice M. Sathyanarayanan as the third judge in the 18 MLAs case, replacing Justice S. Vimala, is a significant victory for the AIADMK’s T.T.V. Dhinakaran camp to which the disqualified Tamil Nadu legislators belong.

After the first bench of the Madras High Court gave a split verdict a fortnight ago, the ruling of the third judge becomes final while deciding the fate of the 18 MLAs who got disqualified by the state Assembly Speaker last year.

Tamil Nadu Assembly Speaker P Dhanapal had on September 18 last year disqualified the 18 MLAs owing allegiance to side-lined party leader Dhinakaran on the grounds that they had tried to pull down the AIADMK government in the state.

For one, Justice Sathyanarayanan, 56, is well above Justice Vimala on the seniority list. Also he does not suffer from a “lack of credibility” that was associated with Justice Vimala since her daughter-in-law had been appointed as an assistant public prosecutor by the present AIADMK government led by Edappadi K. Palanisami. The TTV camp, which had expected Justice Vimala to toe the line of the Chief Justice Indira Banerjee in upholding the disqualification of the 18 MLAs, is now confident of a fair and fast ruling from Justice Sathyanarayanan.

“He is known for his well-reasoned and detailed verdicts and is also seen as a fair and even-handed judge,” says a former advocate general. “He is an excellent choice to deal with an important case that could decide the state’s political future.”

If Justice Sathyanarayanan agrees with Justice M. Sundar in overturning the disqualification, it could destabilise the Palanisami government, unless the ruling faction procures a subsequent stay from the Supreme Court. “The matter will finally land before the Supreme Court,” observes a senior lawyer. “The apex court is yet to rule decisively on the Speaker’s powers to disqualify MLAs as two similar cases are already pending before it.”

For now, though, all eyes will be on Justice Sathyanaryanan.