Around 25 people sustained injuries in the event 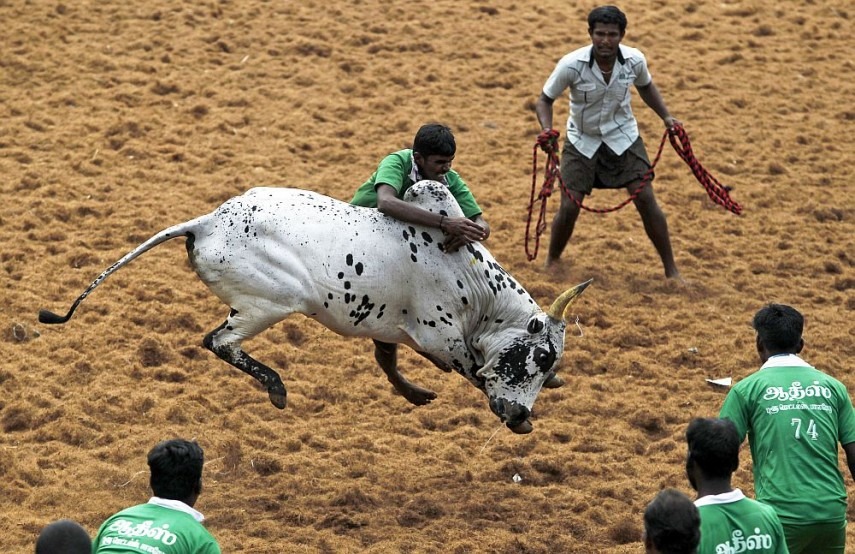 A 19-year-old spectator, who was attending the Jallikattu festival at Palmedu in Tamil Nadu's Madurai district, died after being gored by a bull on Monday.

S. Kalimuthu, who had come from Dindigul district, encountered with the bull at the end of the arena. Around 25 people sustained injuries in the event, reportedThe Hindu.

According to a news agency report, the bull-taming festival that started yesterday left 79 persons, including 33 bull tamers and 2 spectators, injured on its first day.

Avaniyapuram Jallikattu is the first bull-taming event held in South Tamil Nadu as part of the ongoing harvest festival of "Pongal".

The controversial bull-taming sport, Jallikattu was held in Tamil Nadu on Sunday, after a gap of three years in view of the ban.

As per tradition, a bull is released into the crowd of contestants enclosed within a fence, and each tried to grab the hump of the bull and try to ride it as long as possible.

The sport is considered a form of animal cruelty apart from being hazardous to human life by animal rights activists, which led to its ban in 2015.

The ban resulted in protests across the state, following which the Tamil Nadu state assembly unanimously passed an amendment bill on January 23, 2017, clearing the path for the conduct of the sport.

Ahead of the festival this year, the Animals Welfare Board of India (AWBI) constituted a six-member committee to monitor Jallikattu and asked the state government to conduct the same with 20 guidelines.

The guidelines require for the animals to be subjected to nicotine and cocaine tests before they are declared fit to participate in the event, and also call for a "compulsory" one-day insurance for the event.

Calves below the age of three and above 15 years are not allowed to be used for the event.

Jallikattu is usually held during the harvest festival of Pongal in mid-January.