5 Pilgrims Dead, 4 Injured After A Landslide On Route To Amarnath Shrine In Jammu And Kashmir 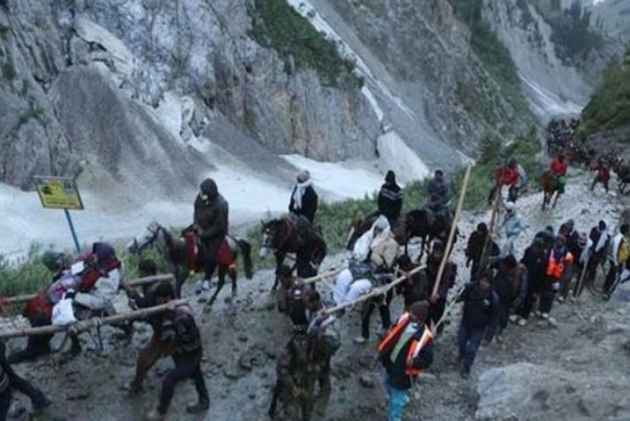 Five persons were killed and four others suffered injures in a landslide on the Baltal route of the Amarnath Yatra in Ganderbal district of Jammu and Kashmir tonight, police said.

"A landslide hit between Railpatri and Brarimarg on the Baltal route," a police official said.

He said two persons were killed while four others were injured.

Among the injured, one person is critical, the official said.

He said the identities of the deceased and the injured were yet to be ascertained and the bodies are being brought to the Baltal base hospital.

Police and other security forces and rescue agencies are on the job, the official said, adding medical response teams were fully alert.

Earlier, a minor flash flood hit the car parking of the Baltal base camp, but there were no casualties.