20-Year-Old Malala, A Nobel Laureate, Faces Tough Question By Pakistan Anchor: What Are Your Wedding Plans?

The youngest Nobel Prize winner, Malala has been featured twice in TIMES most influential people, and began her studies at the University of Oxford late last year. 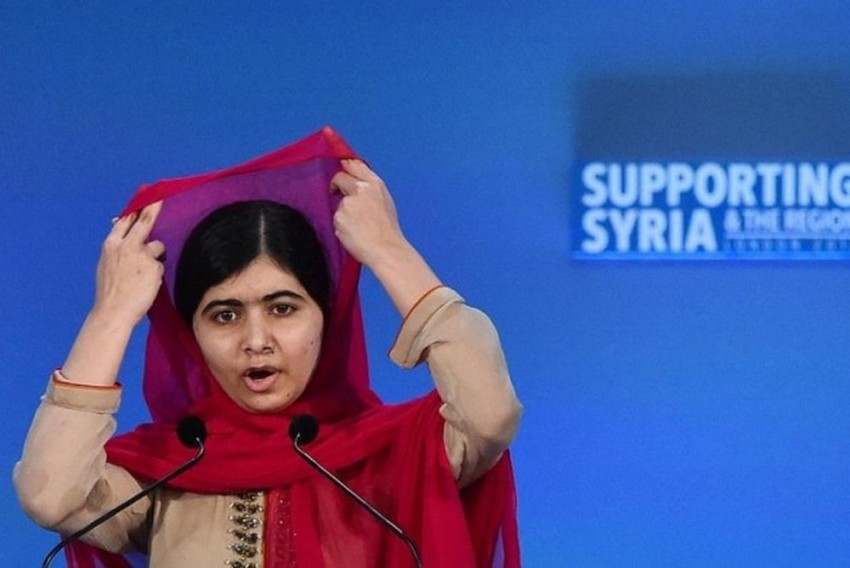 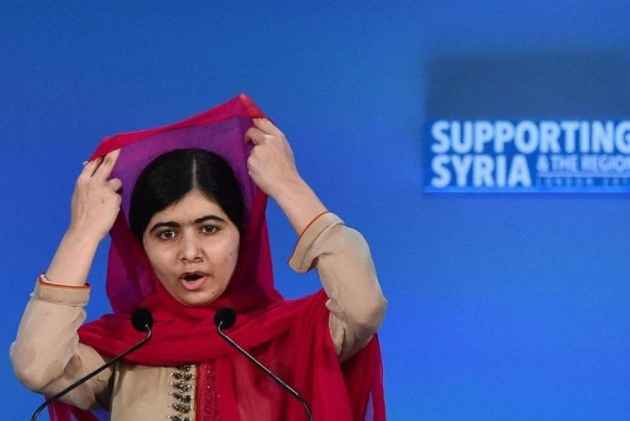 20-year-old Malala Yousafzai visited her home state Pakistan on Saturday, six years after she was shot by a Taliban gunman for advocating girls' education.

The youngest Nobel Prize winner, Malala has been featured twice in TIMES most influential people, and began her studies at the University of Oxford late last year.  At 19, she became the sixth person, and the youngest, to receive honorary Canadian citizenship.

But in an interview for Pakistan's news channel ARY NEWS, Malala was faced with probably the least expected question- are your parents insisting you to get married?

The interviewer begins casually saying, "When children start growing old, parents pressurise them to get married. Do your parents do so?" She admits the question is not series, 'but everyone here will ask it.'

A visibly uncomfortable Malala responds nevertheless, even jokes about wanting a 'handsome man like Shah Rukh Khan' for her husband.

Malala reached her ancestral home in Makan Bagh in Mingora on a day-long trip along with her parents and two siblings, amid tight security on Saturday.

In an interview to Geo News, Malala had said that she plans to return to Pakistan permanently after her studies.

"My plan is to return to Pakistan as this is my country. I have the same right on the country as any another Pakistani," she said.

She had reiterated her joy of being in Pakistan and her mission of providing education to children.

"We want to work for the education of children and make it possible that every girl in Pakistan receives a high-level education and she can fulfil her dreams and become a part of society," the Nobel laureate said.

Malala was shot at by a Taliban gunman in December 2012 for her female education campaigning in the Swat Valley in northeastern Pakistan.

Severely wounded, she was airlifted from one military hospital in Pakistan to another and later flown to the Great Britain for treatment.

Post the attack, the Taliban released a statement saying that they would target Malala again if she survived.

At age 17, Malala became the youngest recipient of the Nobel Peace Prize for her education advocacy in 2014 when she shared the coveted honour with India's social activist Kailash Satyarthi.

Unable to return to Pakistan after her recovery, Malala moved to Britain, setting up the Malala Fund and supporting local education advocacy groups with a focus on Pakistan, Nigeria, Jordan, Syria and Kenya.

Malala began her campaign aged just 11, when she started writing a blog for the BBC's Urdu service in 2009 about life under the Taliban in Swat, where they were banning girls' education.

In 2007, the Islamist militants had taken over the area and imposed a brutal rule. Opponents were murdered, people were publicly flogged for supposed breaches of the sharia law, women were banned from going to market, and girls were stopped from going to school.

The Taliban, who are opposed to the education of girls, have destroyed hundreds of schools in Pakistan.