2016 Surgical Strike Was Not India’s First, Here Are The Previous Ones

Delving through a military biography and the words of a war veteran, Radhika Daga finds some chilling accounts of India’s surgical strikes including the one that left then Pak Army Chief Parvez Musharraf grim faced 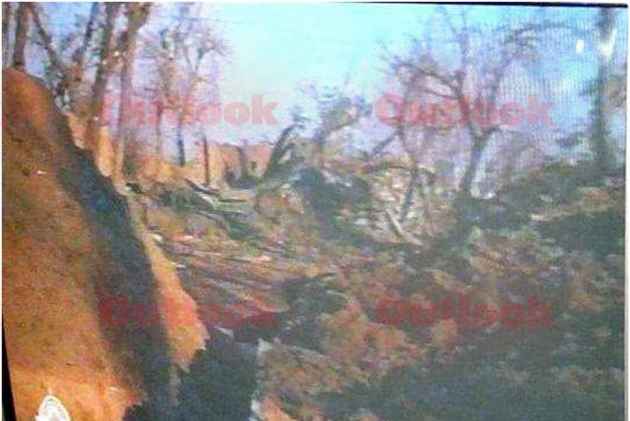 Last week, TV channels in the country aired video footage of surgical strikes the Indian army conducted two years ago in Pakistan-Occupied Kashmir, inviting cheers from the ruling BJP for “proof” to the 2016 military operation and ridicule from the Opposition Congress for the government seeking “cheap publicity”. This kind of a political warfare isn’t unexpected, but what many in India don’t know is that it wasn’t just in September 2016 that the army went for “surgical strikes” against a neighbour.

India has performed similar operations at least three times in the past, going by official records. The first was half-a-century ago, when the army struck hard along the Chittagong Hill tracts of what was then East Pakistan to serve a blow to Mizo insurgents who were trained by their supporters in Islamabad and the US. The second was in 2000, following the previous year’s Kargil War triggered by infiltration of Pakistani soldiers disguised as Kashmiri militants onto the Indian side of the Line of Control. The third was “some years later”—the officials would not disclose the exact time—in a nearby sector where the Indian army used tanks to attack Pakistanis who had ambushed a BSF patrol party and taken away the body of a jawan.

Before providing more information on the three operations, let’s take a look at the word ‘surgical strikes’. The term, which has again earned topicality after news about videos of the army’s 2016 September 29 cross-border bombardments on the LoC went viral, is—in a way—a misnomer. For, ‘surgical’ is a word borrowed from medical parlance, where such a procedure means help the patient recover and, definitely, not to inflict further injuries leave alone killing him or her. Also, such an operation is always completed: the surgeon does not stop work and withdraw, say, leaving an open heart or amputated leg untended. In military procedures, too, a strike involves precision work, but to call it “surgical” reads out of place. The proper word could be “punitive” or “retaliatory”.

The September 2016 surgical strikes by the Indian army were nobody’s fantasy, point out experts now. “Real”, as succinctly described by former Northern Army Commander Lt General D.S. Hooda (retd), who was in charge of that operation. All the same, if the aim is punitive, then the punishment must inflict pain on not only on the foot soldiers of the targeted groups but on the real perpetuators and brains behind them, according to Major Chandra Kant, a hero of the 1971 War and the founder of the Indian War Veterans’ Association . A Vir Chakra winner, he agrees that the army had been successful in carrying out the task allotted to it but was “unequivocal that no pain was inflicted on the real brains and financiers of these groups.” This requires hard decisions to be taken by the political masters of the country and that rarely happens, if it ever did, he adds. “Till that happens, they will continue with their anti-Indian activities.”

It is to the credit of the Indian Army that there have earlier been a few such strikes which inflicted such a pain on the targeted that the enemy’s capabilities—to the extent of forcing them to stop anti-India activities for a considerable period. In fact, in one case even forever.

One such example is preserved in Lt General Sagat Singh’s military biography: A Talent for War. It informs us of a cross-border operation carried in the then East Pakistan by Major General later Lt General Sagat Singh who is acknowledged by all to be India’s greatest battlefield commander.

Brief details of the operation are as follows. When hostilities broke out in Mizo Hills in 1967-68, Gen Singh was the area commander. By a judicious mix of force, administrative and development measures, he was able to free Mizo Hills of all insurgent activity, but a diehard group amongst them numbering about 800 under the leadership of Mizo National Front’s Laldenga moved to East Pakistan, where they settled in the Rangamati area of the Chittagong Hill tracts. Here they were trained, armed and financially supported by the Pakistan Army, while they also received moral and financial support from American missionary organisations based at Malum Ghat near Cox’s Bazar (which is today in southeastern Bangladesh). 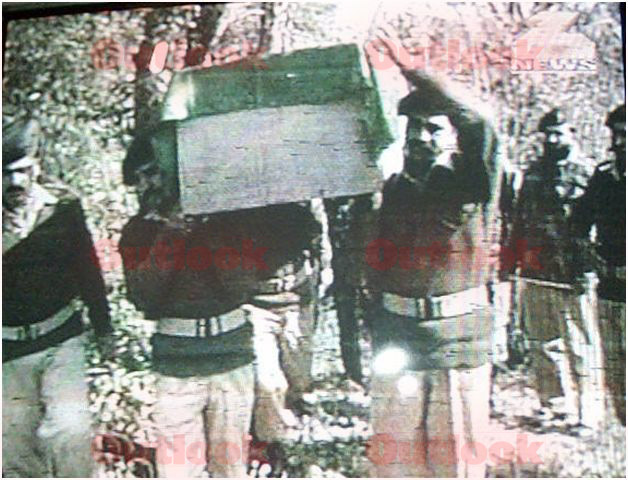 In 1969, General Singh decided to hit them hard in their camps that were several kilometres across the border inside East Pakistan. He positioned himself at an Assam Rifles Post on the border to keep close control of the operation and 17-Kumaon under Col Atma Singh—and went in and closed with the enemy in his camp. Before dawn, they were in position and as soon as there was some light, they struck. The insurgents numbering several hundreds were taken by complete surprise. In fact, most of them were without weapons and even pants as they were preoccupied with their morning ablutions.

A few hundred were killed on the spot, and the some who sought to escape, too, lost their lives in ambushes. Their camp was occupied and burnt. For all practical purposes, the back of the Mizo insurgency was broken. Two years later, when Bangladesh was liberated and East Pakistan ceased to exist, insurgency in Mizo Hills came to an end. Maj Parvez Musharaff, who later became an army general and the President of Pakistan, was one of his country’s army officers involved in training and supporting these groups. Fortunately for him, Musharaff lived in a camp at Rangamati, 20 km away from where Indian army carried out the surgical strikes. This operation received no news coverage in any media in India or Pakistan.

Musharaff figures in the next account of this write-up—here, as a despondent witness. That was in 2000 when Indian troops launched Operation Zalim Khanjar in Pallanwala-Chhamb sector of Jammu and Kashmir in continuation with Operation Vijay that won India regain parts of Kargil it had lost to Pakistan. This was entirely at the initiative of the local brigade commander without prior clearance from higher authorities. It was a follow-up to other offensive operations that the brigade had launched against a belligerent enemy. 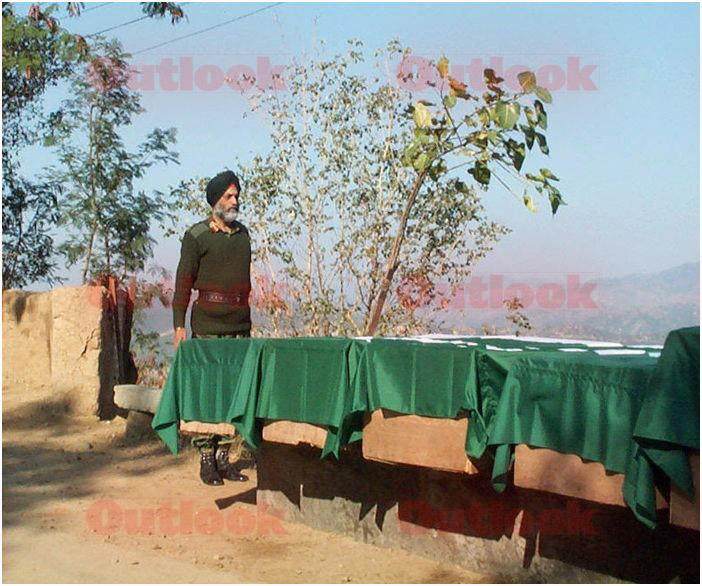 That time, Pakistani post Tower-12 (Pak name: Akbar post) was raided and held for more than two hours, while sappers laid charges and blew up the field fortifications. The garrison of the post from the elite 24th Battalion of the Baluch Regiment, was badly mauled. One officer and 13 jawans were killed while the rest of the platoon abandoned the post in panic and fled to rear areas. The raid took place immediately after Pakistan’s defeat in Kargil and was another severe blow to the morale of belligerent Pakistan army. The Pakistani Brigade Commander in charge of the sector was sacked. The Pakistani officer who was killed was the son of a general officer, who was a close friend of Musharraf, who attended the funeral. In a photograph, which was published in Pakistani media and still available in Major Chandra Kant’s personal collection,  Musharraf appears to be deeply saddened and pained at the funeral. India’s message had got home. 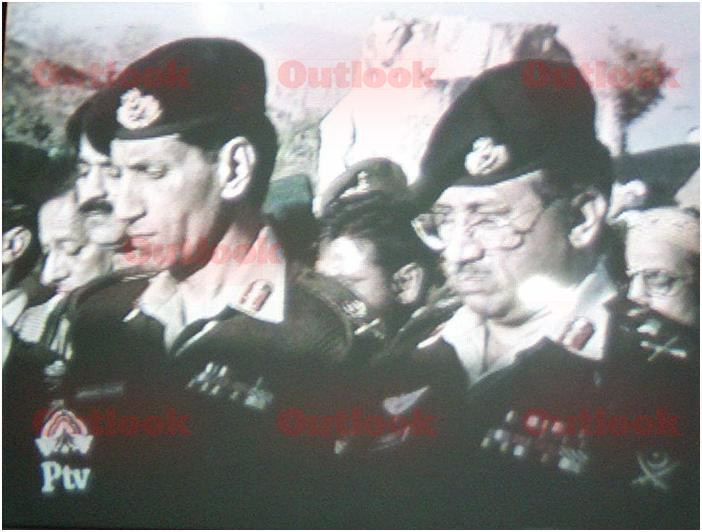 The action was covered in detail by Indian, Pakistani and world media. Some photos taken by the Pakistani media show the extent of damage within the post. Pakistani forces were badly shaken by this daring offensive action and thereafter, kept a low profile in the sector. Interestingly, a precursor to the raid was the physical exchange that took place on August 14, 2000. India’s own company commander and some troops met the Pakistan Company Commander and his party at the line of control and handed them over some bottles of whiskey and rum as gifts. Alcohol is banned in Pakistan but is a very desirable commodity which the Pakistani troops were very happy to receive. This gift of alcohol was seen as a sign of goodwill and caught the Pakistanis off guard. Little did they realise that Brig Jasbir Singh of Pallanwallah Brigade was preparing another gift for them. 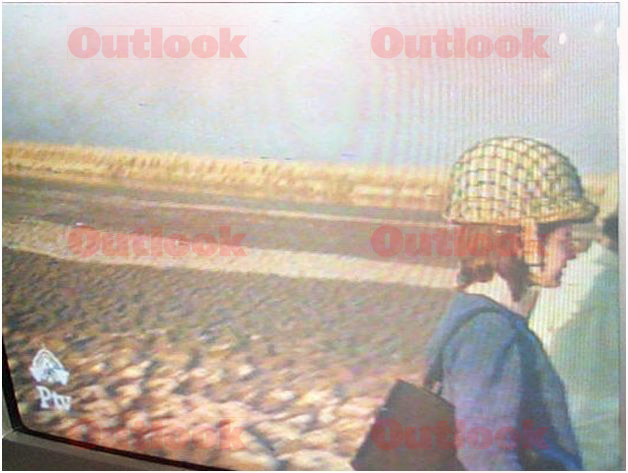 US journalist at the location.  World media visited Pak post after raid

A third occasion of Indian army’s surgical strikes was “some years later”. That happened in a sector near Chamb, where the Pakistanis had ambushed a BSF patrol party and took away the body of a soldier and refused to return it, recollects Major Chandra Kant. The senior army commander in the area, on seeing the Pakistani attitude, launched an attack by tanks, destroying several of them. The Pakistanis were forced to surrender for a cessation of hostilities and returned the body of the BSF officer.

In all the three cases, the local commanders acted on their own initiative and did not seek approval of their masters. For, that is generally a process which would entail delay and also the risk of plans leaking out. These three actions inflicted acute pain on the enemy and were least cosmetic in nature. To achieve similar results, local field commanders have to prepare their plans well in advance and execute them when the time is right and the opportunity arises without looking over their shoulders for orders. Otherwise the opportunity and timing will be lost.